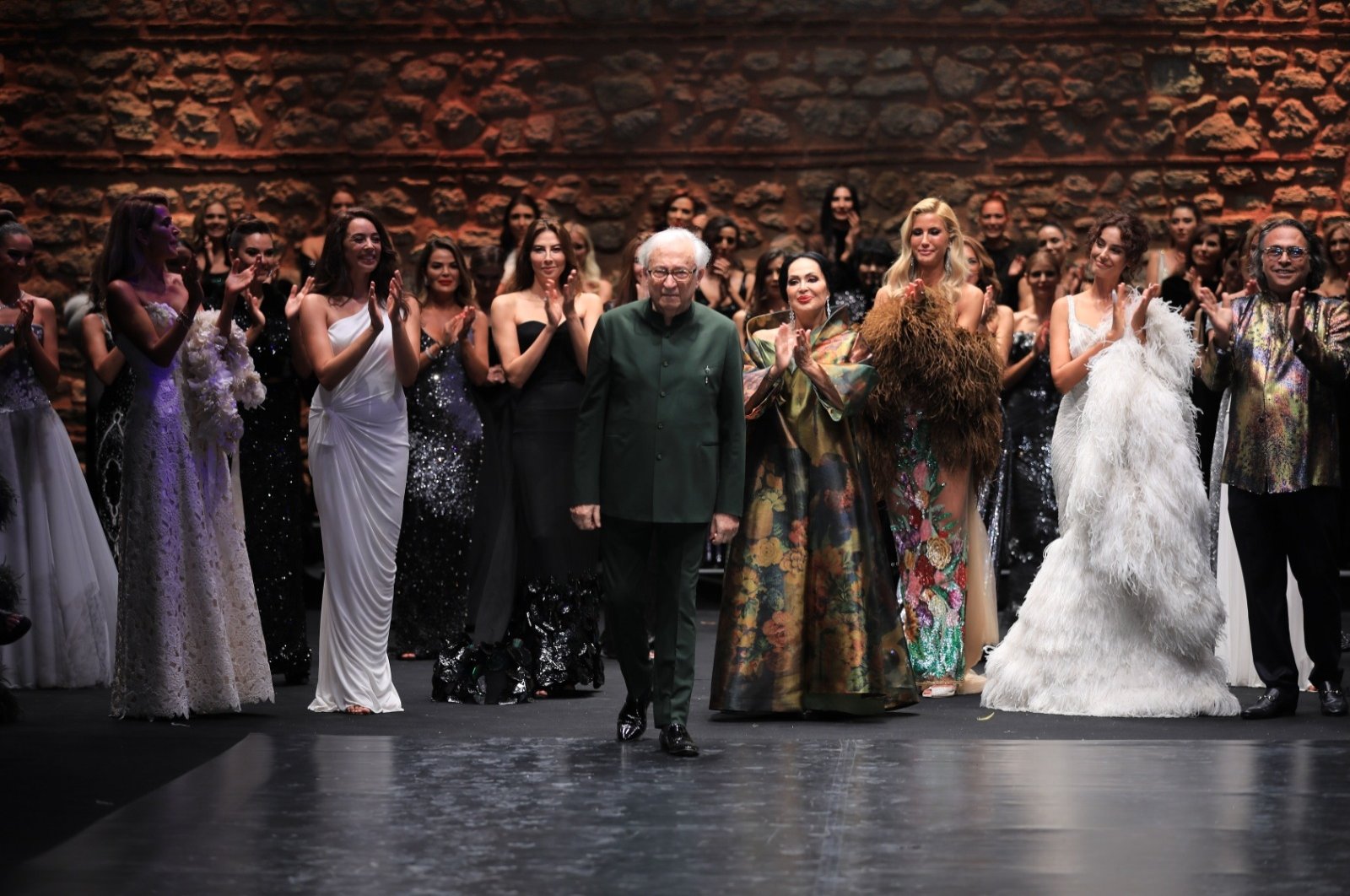 Yıldırım Mayruk, one of Turkey’s most popular designers, closed out his career in fashion with a final show held Thursday.

Mayruk, who made a farewell speech after Turkish actress Türkan Şoray went to the podium, could not hold back tears as the event also marked his 60th year in the sector.

“Yıldırım was a connoisseur of the fashion world. It was a very sad night,” Şoray said.

The "Yıldırım Mayruk jubilee" collection showcased 200 mannequins adorned with more than 1,000 outfits from the archives of the designer from the 1960s to the present day. Fabrics, materials and accessories used in the collection, which is worth TL 15 million ($2 million), were produced by the world's most distinguished brands.

During his career, Mayruk exhibited his collections internationally in countries like the U.K., United Arab Emirates (UAE) and Israel. He also held exhibitions in Turkey and donated the revenue to charities, especially for educational causes.