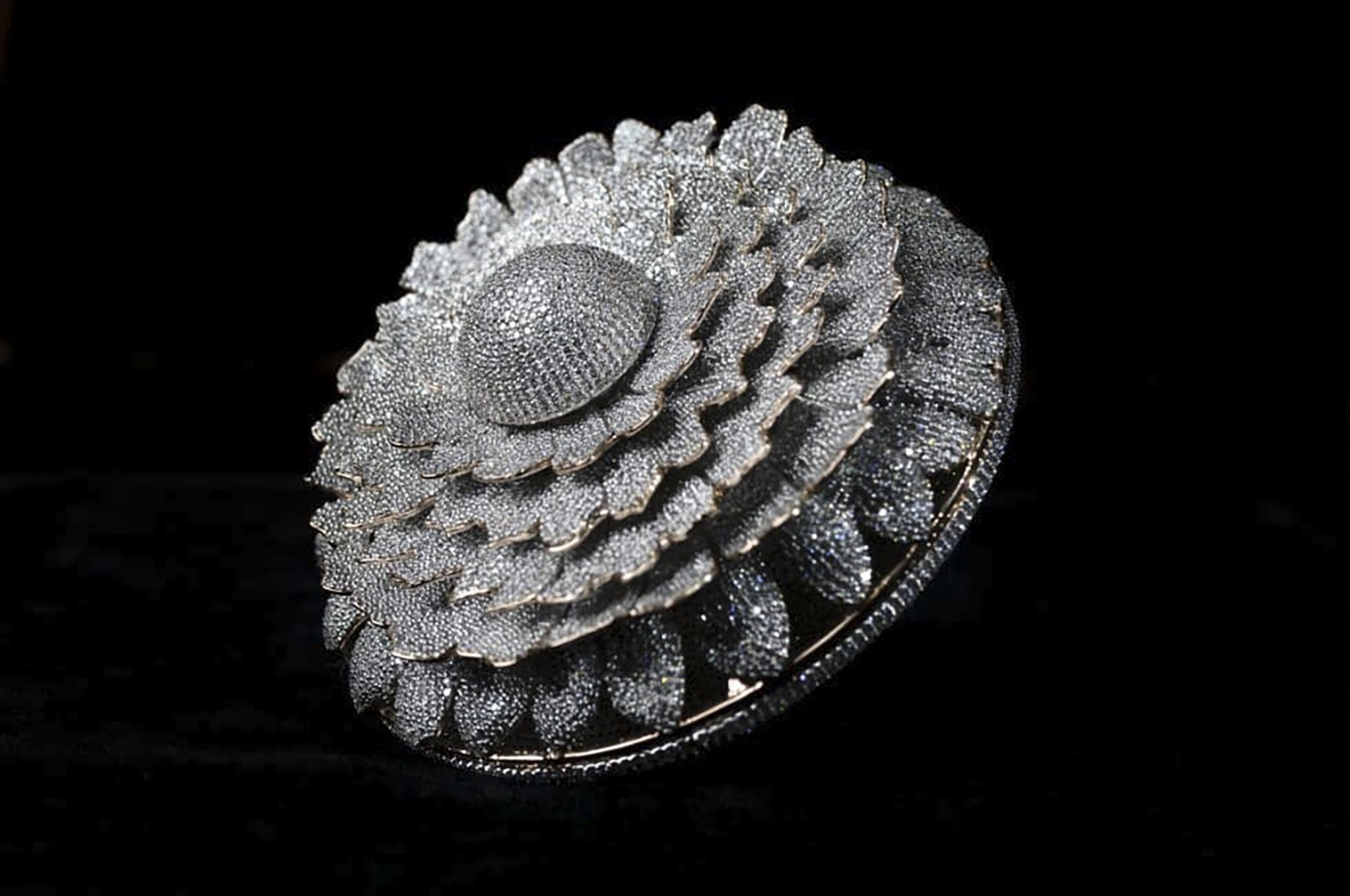 An elaborate floral-shaped ring sporting 12,638 tiny diamonds has earned a place in the Guinness World Records, but its Indian creator has no plans to sell his priceless design just yet.

Called "The Marigold - The Ring of Prosperity," the chunky circular band weighs a little over 165 grams (5.8 ounces).

"It's wearable and comfortable," said 25-year-old Harish Bansal, who described his audacious creation as a dream project. Bansal said he got the idea two years ago while studying jewelry design in the western city of Surat, India's diamond hub.

"My target was always more than 10,000 diamonds. I trashed many designs and concepts over the years to finally zero in on this," Bansal told Agence French-Presse (AFP).

In a statement, his company said that each tiny petal in the ring's eight-layer flower design was unique.

Bansal said he had already knocked back requests from prospective buyers.

"We have no plans of selling it right now," he said. "It's a matter of pride for us. It's priceless."

The previous record determined by Guinness, also set in India, was for a ring containing 7,801 diamonds.