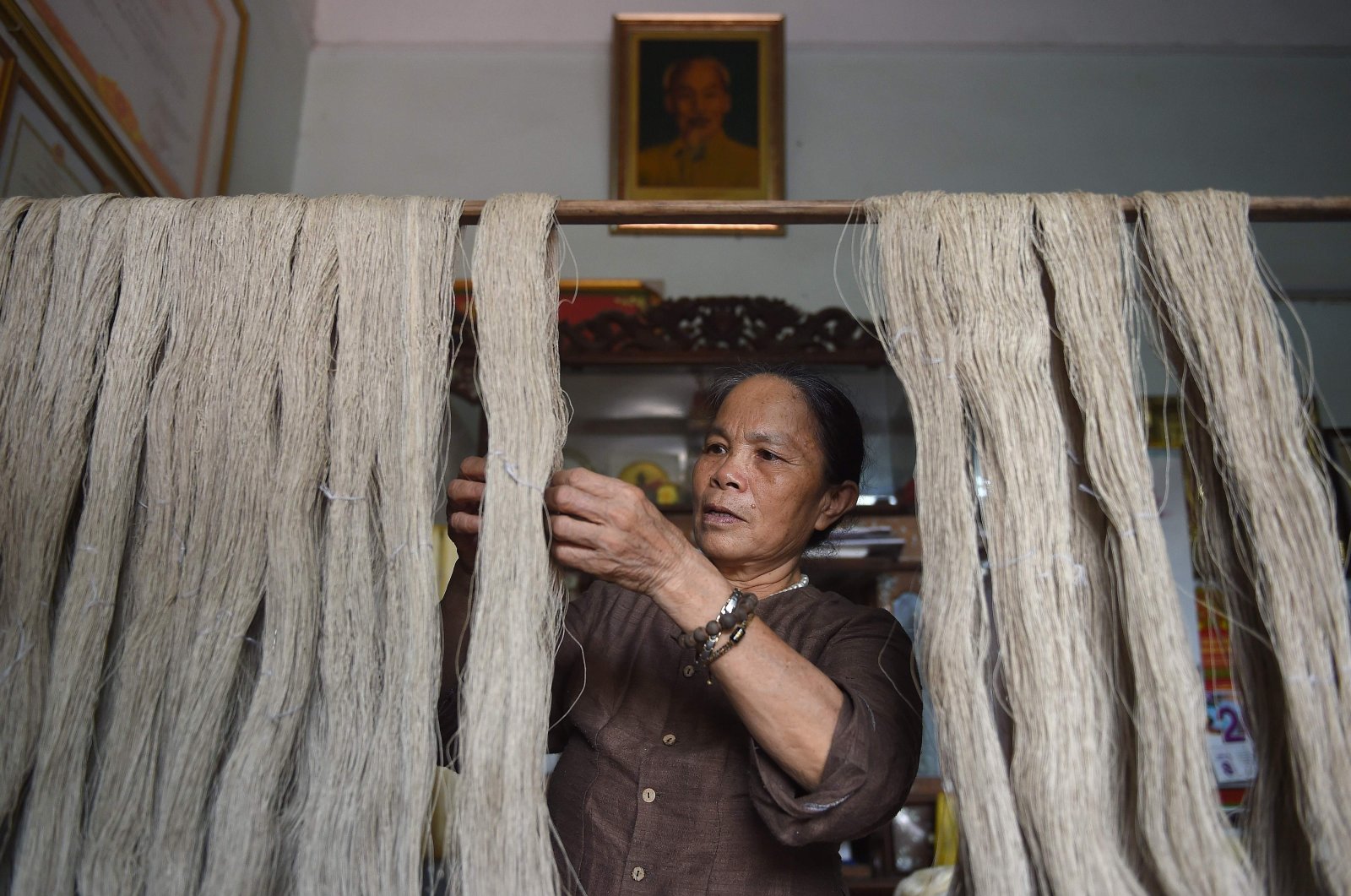 Vietnamese weaver Phan Thi Thuan hitches up her trousers as she wades into a lotus paddy to gather the stems needed to make a rare and highly sought-after thread.

Her great-aunt made and sold traditional silk to the French during colonial rule, passing the technique on to Thuan, who started weaving when she was six in her village on the outskirts of Hanoi.

But three years ago Thuan spotted a new opportunity in the lotus stems left to rot in nearby fields after the seeds had been harvested for food.

She began extracting the fiber found in the stems to make "lotus silk," an exclusive fabric highly sought by fashion designers.

"I was the first in Vietnam," the 65-year-old told Agence France-Presse (AFP) proudly.

"I started all by myself, then I trained those already in my workshop," she added.

Farmers often toil for hours to clear lotus paddies of rotting stems, which ruin the soil and bring unwanted insects.

But thanks to her vision, Thuan today leads a team of about 20 mostly female workers who snap off the stems in the paddies, before they tease out the fragile fibers and roll them into thread.

Dressed head-to-toe in brown silk and wearing a pearl necklace – the same outfit she dons as she picks through the lotus paddies – Thuan describes her work.

It's a painstaking process – a large scarf requires the thread of around 9,200 stems and would take one worker around two months to complete – but Thuan insists it's worth it.

"I see this as my task now, to generate jobs, and to do my bit for the environment," she said, adding that during busy periods, she employs hundreds to weave from home.

The profits are another reason to persevere.

While a regular silk scarf might go for $20, even a smaller lotus version – popular with pre-coronavirus tourists – fetches more than 10 times that.

Although lotus silk is made in a handful of countries – including Myanmar and Cambodia – Thuan is seen as an innovator in Vietnam.

She has been supported by the Ministry of Science and Technology, which kickstarted a three-year national-level project to further develop the harvesting technique.

Thuan also runs training sessions during the school holidays, hoping to show children there is space for dynamism even in this ancient profession.

Nguyen Thi Xoa, 40, was taught by Thuan in 2017 and she now wants her children to follow in her thread.

"At the beginning, it was very difficult, but now I love doing it," she said. "It's a stable job and I'm proud of it."