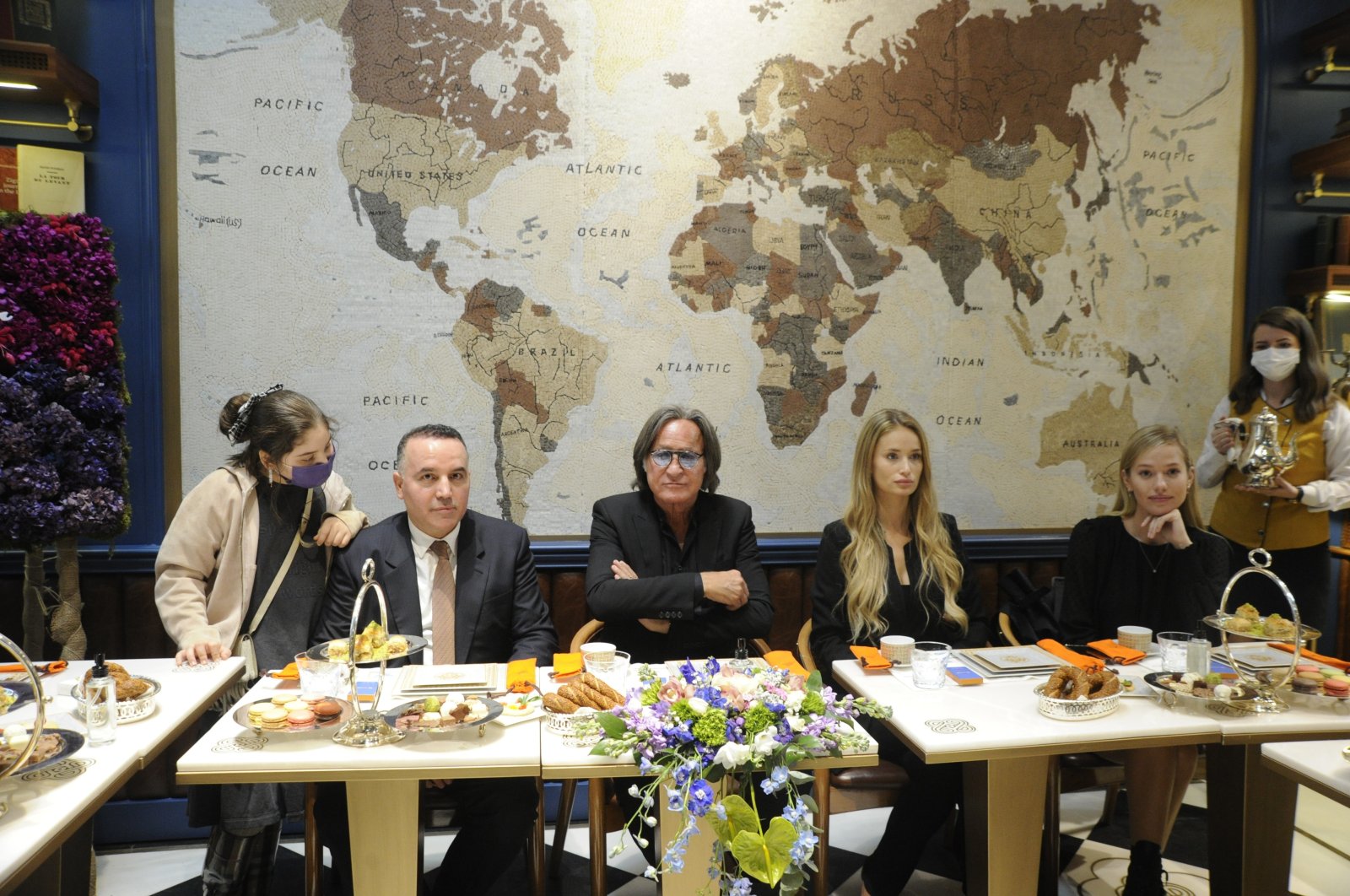 Billionaire businessman Mohamed Hadid, the father of famous models and actors Gigi and Bella Hadid, recently visited Turkey's largest city Istanbul and prayed in the Hagia Sophia Grand Mosque and the Blue Mosque while elaborating on the Arabic names of his famed daughters and his family's Middle Eastern roots.

Hadid, who is a Jordanian-American real estate developer of Palestinian origin known for building luxury hotels and mansions mainly in Los Angeles, traveled around the historic city while learning about the architecture and history of the mosques.

During his visit, Hadid said that all five of his children had Islamic names, including the famous models Gigi and Bella who were both named Model of the Year in 2016 by different fashion institutions. “Marielle's name is Zayn, Alana's name is Amal,” Hadid said and revealed, “Gigi's name is Noura and Bella's name is Khairiah.”

He also revealed that Gigi had named her daughter with Zayn Malik of One Direction fame, Khai, which is the shortened version of Khairiah, her grandmother's name. Gigi and Bella's brother was also called Anwar after the Hadid father's own name Mohamed Anwar, which was also the name of his father, Anwar Mohamed.

Hadid spoke to reporters at the hotel he was staying and said that he had been an avid visitor of Turkey as this was his 20th time in the country, soaking in the history and culture, reported Ihlas News Agency (IHA).

“I love Turkey, I'm very fond of its cuisine. I enjoy living that cosmopolitan atmosphere, and the view is incredible,” Hadid said and added that he would bring his children next time he set foot in Turkey. “We will discover the beauties of Turkey together.”

Hadid noted that he wanted to explore other corners of Turkey as well. “Bodrum is a place I have visited. In the future, I want to go to other places as well, like Alaçatı, Antalya, Cappadocia ve Gaziantep. Especially Gaziantep, I am very curious about the Zeugma Museum which I will visit,” he said.

When asked about which part of Turkey he enjoyed and liked the most, Hadid could not give one answer as he said that it would be unfair to single out one city. “This is a marvelous country where culture and history are harmonized. So, it's hard to name one place,” he said and added, “They are all beautiful in their own right. You discover hidden treasures in every corner.”

Although he had to go back to Los Angeles on Tuesday, Hadid said: “Next time, I will definitely bring my children. Not only my children but also my grandchildren as well,” before jokingly adding, “There are too many, I'm thinking of bringing them in turns.”