3 ways to preserve summer tomatoes for the winter months 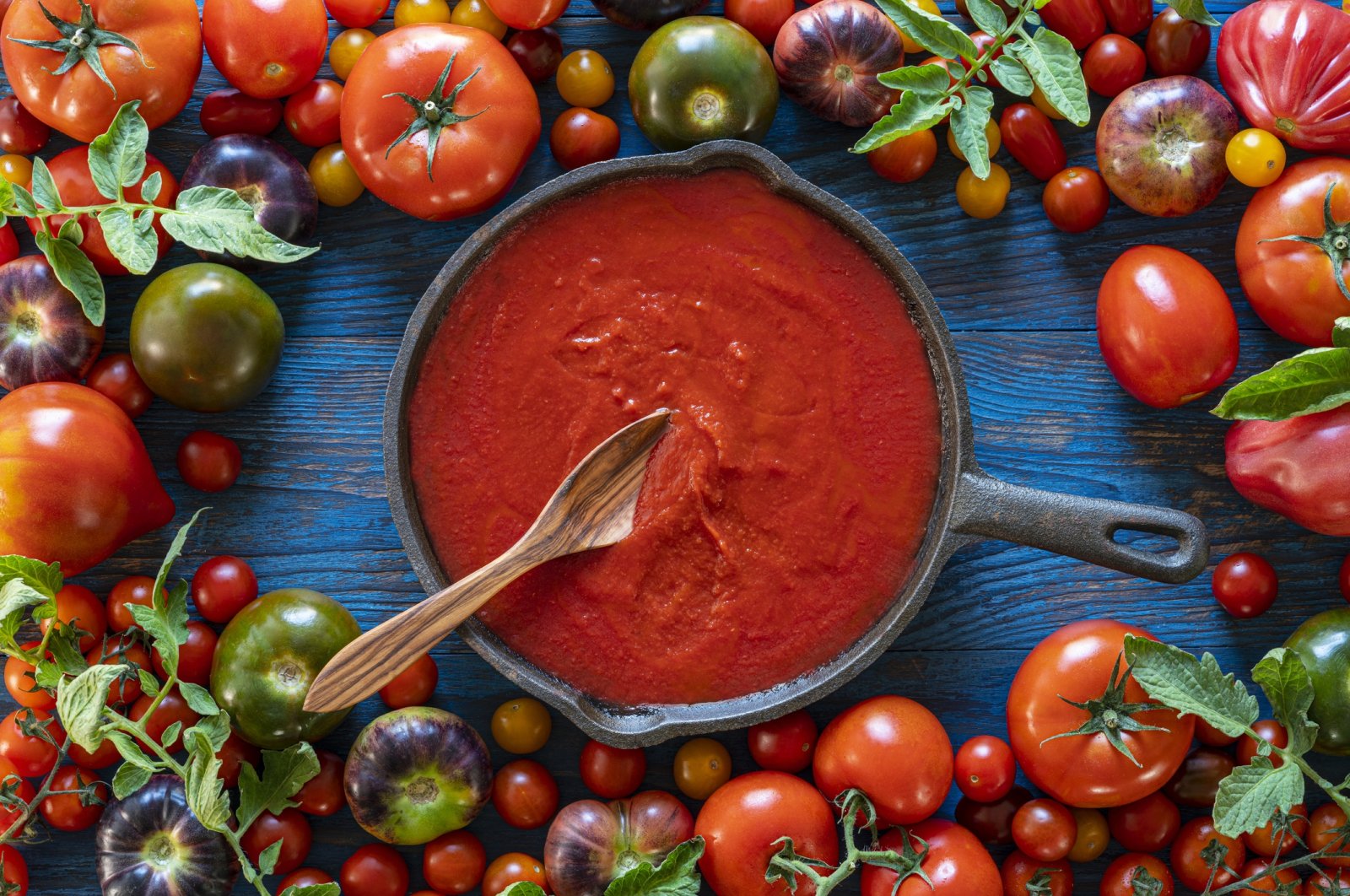 Don't let those fragrant and juicy summer tomatoes go to waste, so get preserving to enjoy them year-round. (iStock Photo)
by Ayla Coşkun Aug 16, 2020 1:30 pm
Edited By Yasemin Nicola Sakay

It’s that time of year again – the season to get out those glass jars and start saving summer tomatoes for winter. Even if you have never tried to preserve foods, here are some great methods for you to try

Living in a Mediterranean country has many perks, but one of its greatest blessings is the tomatoes in summer. The tomatoes in Germany never tasted as fruity and juicy as what I could get my hands on in Turkey. But despite these differences, there is a much bigger factor we should keep in mind: the season. Once the season is over, you simply don’t get the same flavor anymore – no matter where you are.

So, here are some of the ways to you can get the best out of your summer tomatoes and preserve them to use them year-round:

A - Chuck them in whole

This one is probably the one that requires the least work. Just remove the stem from the tomatoes carefully and place them in plastic bags. Preferably you should divide them into portions you are planning to use in the future. Make sure you squeeze out the excess air in the bags and write the date you put them in the freezer for reference.

Once out of the freezer and thawed, the tomatoes should not be frozen again and should be used up in sauces, soups or the like. While thawing and cutting them, the skin of the tomatoes will come off easily, so no hot water baths are needed to remove it.

A big disadvantage of this method is that it takes up a lot of space in your freezer. If you have a big freezer but not the patience to prepare some of the other versions we’ll be presenting here, it is still an option.

And one more warning: Don’t expect to substitute your thawed tomatoes for fresh ones because they will become mushy due to their high water content – a rich 95%! So this method only works for sauces or stews.

B - Cut, grate and then freeze

If you really don’t have the space to accommodate whole frozen tomatoes in your freezer but still don’t want to work too hard there is another way. Cut the tomatoes into pieces or sizes you’ll need when you cook them later on, drain them of their juices and seeds, and divide them into useful portions. The practicality and advantageous side of this method is that you don’t need to wait for it to thaw, and you can toss it into the sauces or foods and cook it. One point to keep in mind though is that as it thaws, it will release a lot of juice.

The other way to do this is to grate the tomatoes and repeat the same steps. Personally speaking, I don't prefer this technique as the tomato water is wasted if you do not intend to make a sauce or soup out of them right away – and freezer space is precious.

There are many ways this can be done, but the most hassle-free would be to clean the tomatoes, quarter them and then just toss them all in a big enough pot. On medium heat, the tomatoes will release their juices and start to boil. Occasional stirring is encouraged, and you’ll want to remove any foam that builds up on the top. It is edible, so you could make a dish from the foam then and there, but you don’t want to have it in your preserved jars as it may cause the whole mix to go bad.

At the very least the color of the tomatoes has to change before you move to the next step, but the longer you let them simmer, the thicker the end result will be. Considering that the kitchen is already hot in summer and pots of tomatoes cooking doesn’t sound very pleasant, I keep it at a minimum.

After taking your pot off the heat, you’ll need to run the tomatoes through a blender to take care of any skins from the tomatoes. Many people like to peel the tomatoes first and then cook them in but with a good blender the skins are not noticeable at all, so why waste time and precious vitamins? While the tomato sauce is still hot, you’ll need to fill your freshly washed, hot and sterilized glass jars and close them tightly. While cooling, the tomato sauce will form a vacuum that makes them preservable for quite a long time. Again, don’t forget to label your jars with the date to keep track of several batches, and you’re done.

You should store the jars in a cool, dark and dry place – no freezer needed. Once the jar is opened though it should be used up within a few days and should be stored in the fridge.

If sealed properly, the tomato sauce can be stored for up to a year but, since sometimes it happens, I used some jars that had sat forgotten in the back of my cupboard for three years, and they still tasted perfectly fine! (Not that I encourage you to take such a risk.) It is essential to test for leakages and see if the jar is sealed properly after they have cooled down completely. If there are any leaks, you can either use it immediately or freeze it.

Everybody has different needs and plans for their sauces. I personally do not flavor them or add any oil because I might want to just use it as pizza sauce or turn it into a simple soup. Depending on your needs, you can add any of these while cooking and preserve them in the same way. Some like to cook their tomato sauce with a variety of peppers and/or garlic for a spicy kick or extra flavor.

This is the most time-consuming and patience-requiring technique, but the flavor is the most intense. With his method, it is key to know how you’ll want to use your tomatoes. Personally, I do not like to use dried tomatoes in my recipes, hence I prefer making several batches of the previously mentioned methods and keep them jarred.

As we did with the other techniques, you’ll need to thoroughly wash and de-stem your tomatoes. After quartering them, place them onto a baking tray with parchment/baking paper and let them dry in the oven for up to 12 hours at 60 degrees Celsius (140 degrees Fahrenheit). Every hour the oven should be opened to release the moisture condensed inside and the tomatoes that have dried should be removed to prevent them from burning to a crisp. This is quite a costly method, but it is indeed an option.

The other more environmentally friendly way to dry your tomatoes would be to leave them out in the sun. There are some problems with this method, too, of course. The weather needs to be hot and relatively dry to even attempt this. Once the tomatoes have been quartered or halved they should be placed on a clean cloth, making sure the slices and pieces do not touch each other. Then they should be sprinkled with some salt and left to dry in the hot summer sun. Depending on the kind of tomatoes, the top parts might be dry in two to four days. The dry ones should be turned over to ensure even drying all over. This process of turning them over until they are completely dry can take up to a week or more depending on the weather conditions.

The dried tomatoes should be placed into an airtight container to keep the moisture out.