A definitive guide to bread and all its variations in Turkey 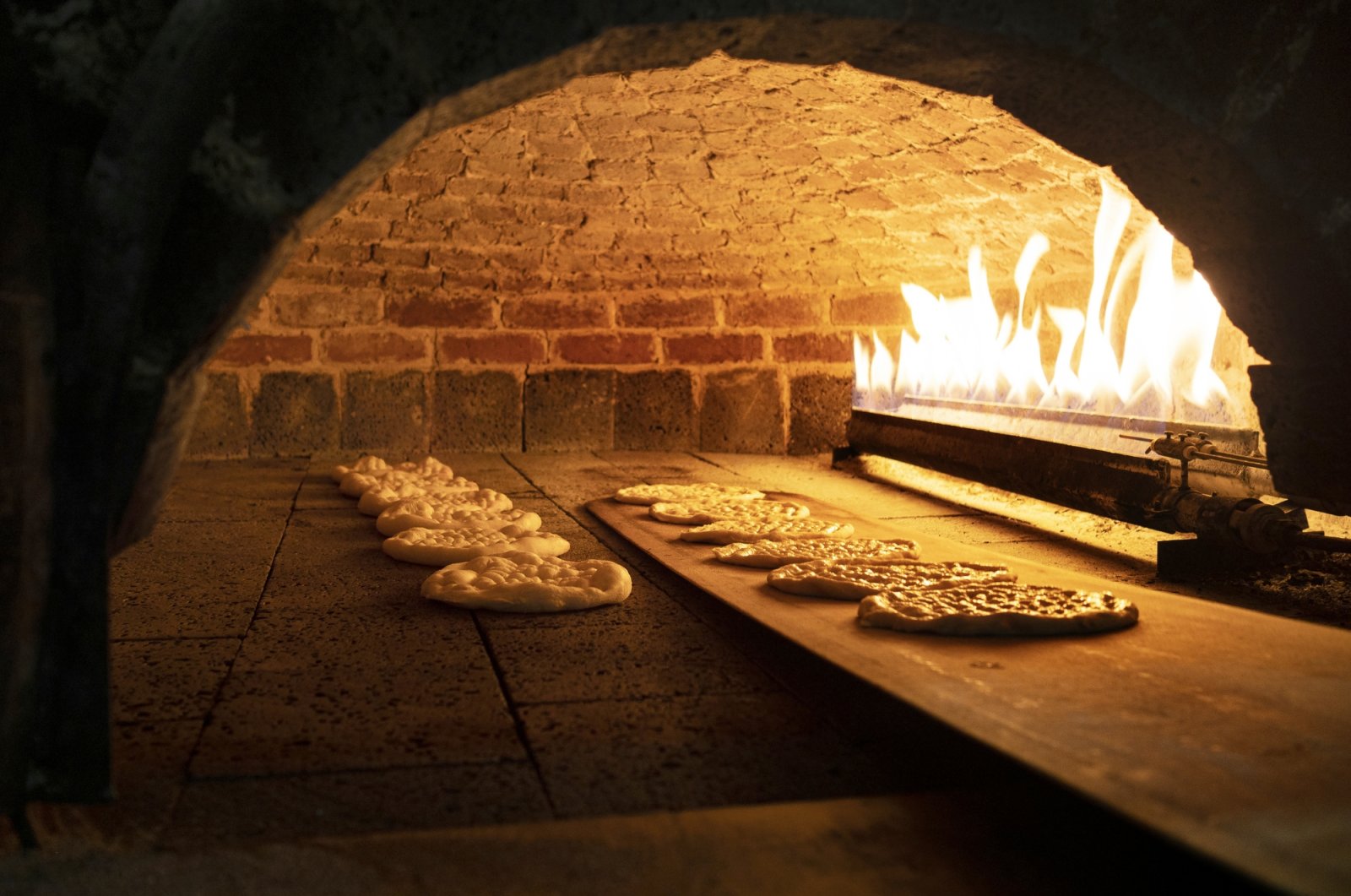 A lot of traditional Turkish breads are baked in wood-fired brick ovens, which keeps them airy and crispy. (iStock Photo)
by Leyla Yvonne Ergil Aug 03, 2020 9:18 am
Edited By Yasemin Nicola Sakay

Turks say a meal isn't complete without bread, and eating bread has become an indelible part of Turkish culture and cuisine. From simits and pides to lavash or bazlama, there is certainly no shortage of its many creative variations here

No one can deny that Turks love to have freshly baked bread adorn the dining table at every meal, and local bakeries all over the country continue to keep the tradition alive, producing breads of many kinds in all shapes and sizes. Lines build up in front of bakeries at sunset during the holy month of Ramadan when a special type of "pide" bread is prepared. During the coronavirus-related lockdowns, bakeries drove around neighborhoods to provide fresh bread for those stuck at home. Meanwhile, elsewhere in the world, toilet paper may have been the hot commodity, but in Turkey the items that left shelves bare in markets were flour and yeast, a testament to their love of breaking bread over a meal.

Undoubtedly, the most popular bread consumed in Turkey is “somun ekmek” or "francala", an airy and basic white flour bread formed into an oblong-shaped loaf with pointed tips, which is cut into slices and placed in bread baskets on tables throughout the country. With a consistency similar to French bread, there is also a whole wheat version of this loaf that is widely available and referred to as “kepekli.”

“Trabzon” or “tava ekmeği” is also a white flour bread made from sourdough that is hearty and square-shaped and cut into large slices that can be used for sandwiches and can be seen served at restaurants. Most bakeries will also bake fresh rye loaves in a similar shape, which are referred to as “çavdar” as well as a plain cornbread, called “mısır ekmeği," which is a staple in Black Sea cuisine.

Turkish cuisine is famed for its flatbreads, which can be broken down into two different types, namely pide and lavaş. The “pide ekmeği” should not be confused with the pita bread that separates in the middle, but more on that is to come. Nor should “pide ekmeği” be mixed up with “pide,” the oblong-shaped flatbread covered with various cheese and meat toppings similar to a sauceless pizza. Pide ekmeği is an airy thick leavened flatbread baked in circular or oblong shapes that have a baklava-design indentation throughout the top of it. While variations are always on offer at local bakeries, the specific “Ramazan pidesi” is always baked in a round circle with sesame and nigella seeds sprinkled on top.

Lavash, spelled “lavaş” in Turkish, is the other type of flatbread widely available in Turkey, and unlike the pide, which is always leavened, it is also prepared unleavened and can be baked in a tandoori oven or on a “sac,” which is a circular iron plate predominantly used by the rural population to make bread. There's also gözleme, which is seen at tourist stops all over the country and made from phyllo dough that is stuffed with fresh greens, cheese or potatoes. There is a fine line between phyllo dough, referred to as “yufka” in Turkish and lavash, which is just that precisely. The thinner thoroughly rolled out sheet of dough is yufka, while lavaş is thicker, circular and can double as a tortilla.

Not all lavashes are one and the same. While some are used as casings for wraps, such as for the ever-prevalent döner dürüm, other lavashes are more oblong in shape and cooked in a tandoori oven or a clay oven, such as at "ocakbaşı style" grill restaurants, which prepare them to puff up, creating a central pocket similar to the pita bread, which is served at these establishments accompanied by butter and "tulum cheese."

Bazlama is a large, round, stovetop-cooked bread similar to an English muffin, which is prevalent in Central Anatolia. Pişi are pockets of fried bread dough that are distributed as gifts to family, friends and neighbors in local households in the Aegean region that have begun to gain popularity as a breakfast bread with some chic hotels even adding the puffy pockets of golden goodness to their breakfast bread baskets. There is also, of course, “simit,” which is a circular bread with no center encrusted in sesame seeds and is sold at bakeries and by street vendors. Perhaps the fanciest of breads prepared in Turkey is the "paskalya çöreği," a sweet Easter bread that is made year-round at bakeries and includes both mahlab and mastic.

A new bread in town

Have you heard about “purple bread” yet? It is the newest innovation in superfoods and happens to be healthier to digest and more nutritious than beloved bread and other baked products. It is even hitting the shelves in shops throughout Turkey. First invented by a professor in Singapore, “purple bread” contains flour enriched with anthocyanin, a purple pigment that occurs in fruits and vegetables such as grapes, purple carrots and sweet potatoes. The bread prepared from this flour is enriched with cancer-fighting antioxidants and fibers which means it is digested 20% slower than regular white bread, thus increasing its level on the glycemic index and making it a much healthier bread option for those with diabetes. This newest trend in nutrition has also been adopted in Turkey with developers and producers popping up all over the country, including in Sivas, Malatya and Istanbul, the latter of which is where Turkey’s first-ever “mormiks” were developed by Istanbul University’s Biotechnology Department after 12 years of research. Whether prepared using fortified flour or by adding the juice of purple produce to the bread recipe, no matter how you put it, purple bread appears to be the newest trend on the rise.