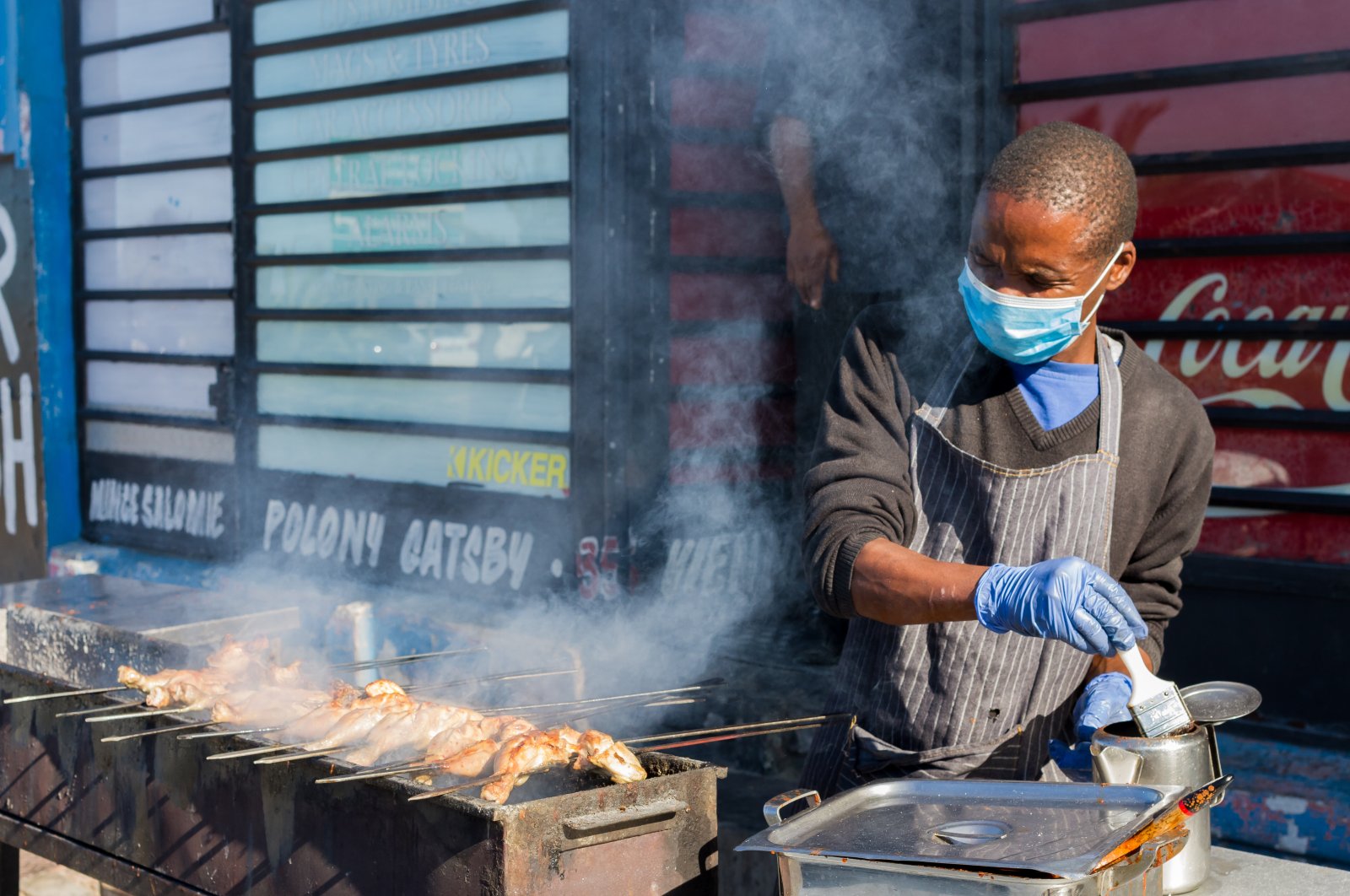 Using insects, snakes and other creatures, African cuisine has been attracting adventurous eaters for many years.

It's almost like a kind of counterattack, given that many countries on the continent have faced the devastating consequences of locust swarms.

There is much to be said in favor of grasshoppers and mealworms, however, which are filling and rich in protein.

The range is vast so gourmands have much to discover. In the north, for example, UNESCO has just honored couscous, a national dish already enjoyed on plates worldwide. It's as popular in north Africa as pasta in Italy, or potato salad in Germany.

There are plenty of delicious dishes in the south, too, says Anna Trapido, an anthropologist, chef and food writer who comes from South Africa.

Much effort and creativity went into raising the quality of Africa's cuisine to ensure it met world standard levels of quality ahead of the one and only football World Cup to be held on the continent, in 2010.

Just as Japanese cuisine is known worldwide, the hope was to bring African dishes to a wider audience.

Together with Belgian-trained chef Coco Reinahrz, Trapido sought to share unusual dishes that use African ingredients – from caviar on plantain to Congolese crab in coconut foam or lamb bobotie from Cape Malay cuisine – minced meat casserole with raisins.

Trapido sees significant improvements in Africa as well as internationally when it comes to good cuisine.

However, the trend is fragile and many good chefs are struggling due to the pandemic and its associated restrictions, she says.

In the Cape – where menus also feature treats ranging from crocodile to ostrich and antelope meat, some restaurants also offer mopani worms. They are fat maggots – highly nutritious and pretty tasty too, especially when accompanied by a good sauce or morogo, a type of spinach.

Speaking of side dishes, the Kalahari truffle, from neighbouring Namibia, is also a delicious option.

Whatever you choose, you can round off your meal with a red cappuccino brewed from rooibos leaves, an increasingly popular drink in Cape Town. It's basically rooibos tea run through an espresso machine and super healthy as it's free of caffeine, good quality and packed with antioxidants.

Biltong is also famous around the world now, thanks to tourism, with many fans of the thin slices of dried, cured, marinated meat, an ideal snack between meals. Some compare it to beef jerky, although it can be made with gazelle or ostrich as well as beef.

It's popular but still a niche snack in Europe and it's hard to import due to demanding regulatory requirements.

But expat Namibians or South Africans are trying to make it themselves, with Dean Yon, based in Hanover, billing his as "Biltong made in Germany."

In Kenya, gourmets are ordering sausages made from camel meat, which is low in fat and comes exclusively from free-range animals, according to producers.

Camel milk products are also on the rise – unsurprisingly as it is rich in protein, anti-inflammatory and easy to digest for those who are lactose intolerant.

The camel milk market in southern Africa is still in its infancy, according to Hans Knosen, who runs South Africa's only commercial camel milk dairy.

The market is said to be vast, however, with business volumes for camel products estimated at $10.2 billion worldwide, according to an alliance of 150 camel milk producers from 35 countries.

Whether okra with mushrooms in palm juice, banana-peanut cake or couscous soup – author and amateur chef Dodo Liade from Ivory Coast also sought to share his homeland's specialities but so far, the gourmet scene is still missing out.

The gourmets of Cape Town and other cities, meanwhile, are enjoying more and more insect-based dishes in select restaurants.

Will the trend for insects gain more followers? It's hard to say. Bugs have been tried before – when French nutritionist Bruno Comby ran some culinary experiments and published books about the nutritional value of insects in the early 1990s. But at that stage, it seems, the market wasn't quite ready.