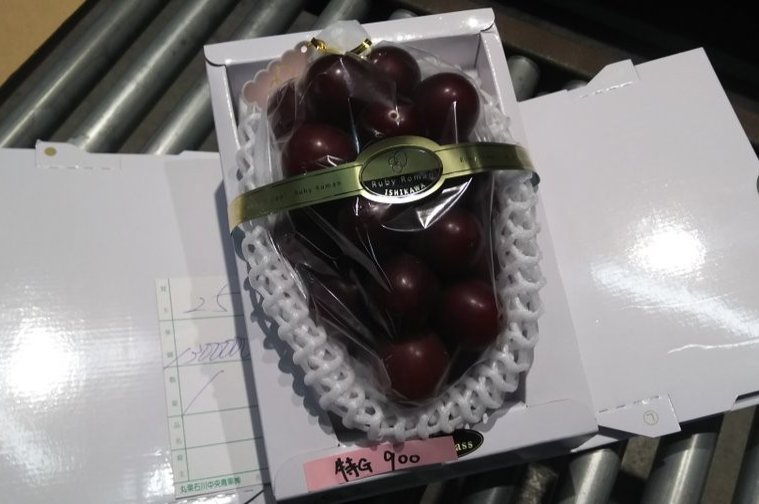 A bunch of famous Ruby Roman grapes were sold in Japan at a record price of 1.3 million Japanese Yen ($12,200) in an auction.

Japanese media reported that the auction was held in Ishikawa state, where Ruby Roman grapes have been traditionally grown. A Japanese hotel won the public sale.

Ruby Roman is a species with a 3-centimeter diameter for each, almost equivalent to the size of a pingpong ball. It has a bright red color and a strong sweetness. One of its bunches reportedly weighs about 900 grams and consists of around 30 pieces, which means that the receiver should pay about $400 per grape.

The farming cooperative said that the harvest continues three months starting in July. They expect 26,000 bunches of the grapes will be for sale until September.