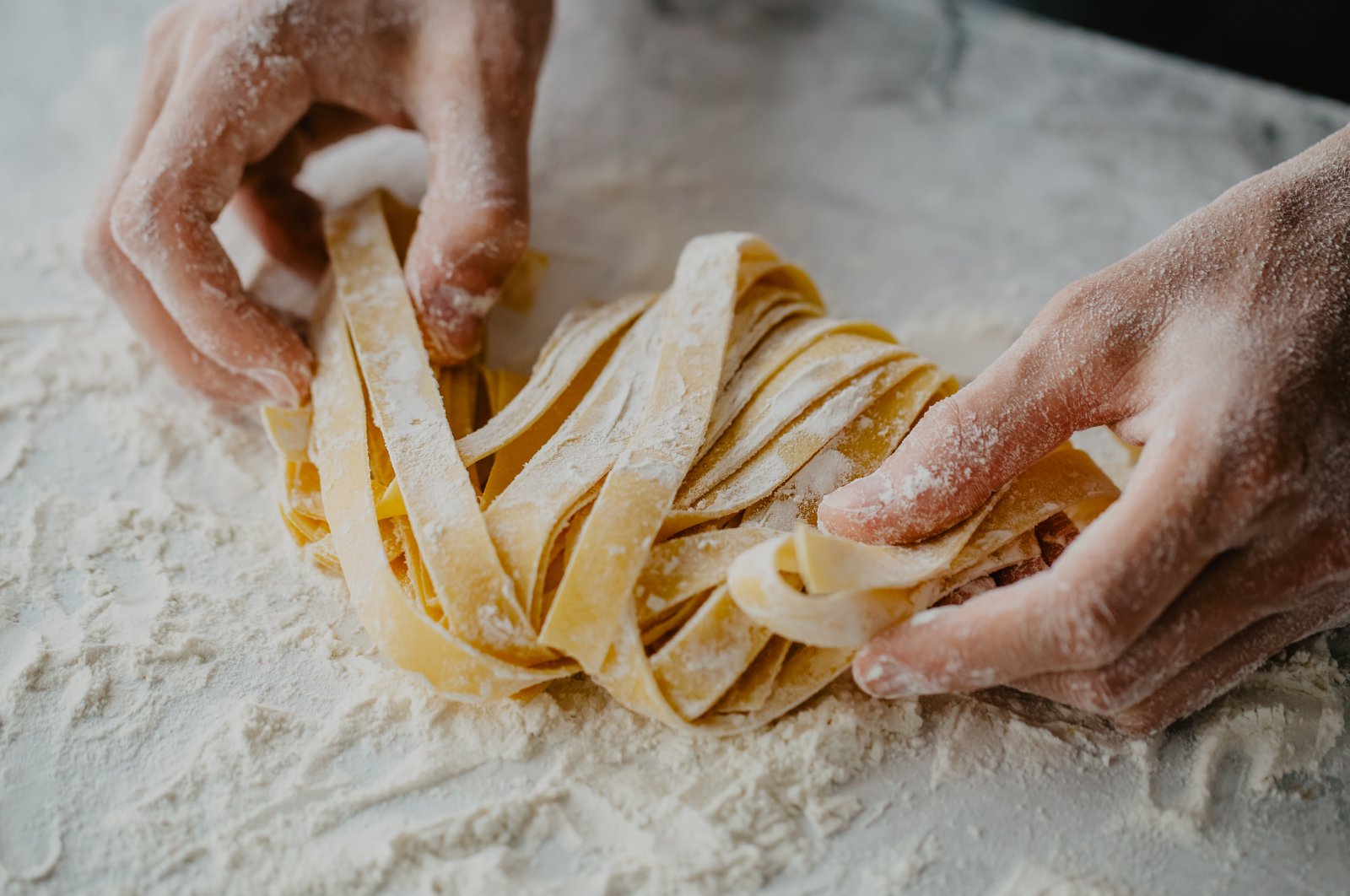 During the pandemic many Italians decided to make their own pasta again. (Shutterstock Photo)
by German Press Agency - DPA Oct 25, 2021 3:07 pm
RECOMMENDED

We all have had that day when we did not know what to cook and went for pasta, as pasta is always a good idea. Bolognese, carbonara or simply served with cheese and a bit of pepper: Italian pasta is versatile and a gastronomic hit around the world.

Where else would you expect to have an annual celebration of the dietary staple? Monday's World Pasta Day is dedicated this year to pasta "al dente," or pasta that's been cooked to be firm to the bite.

In comparison, Germans eat about 8 kilograms, although this number increased to 9.5 kilograms during the coronavirus pandemic in 2020, according to the German association of grain processors and starch manufactures.

In terms of the most popular pasta shapes, spaghetti is the favorite worldwide, according to Unione Italiana Food.

According to the association, Germany is the top export market for Italian pasta producers. In 2020, the amount of pasta exported to Germany rose by around 18% compared to the previous year.

The association claims that Italian pasta exports have been steadily growing over the years.

In 2020, around 17 million tons of pasta were consumed around the world, a million more than the previous record of 2019 and twice as much as 10 years ago, according to Unione Italiana Food.

However, sales in 2021 dropped 9.4% compared to the same period last year.

According to the Coldiretti Farmers' Association, during the pandemic many Italians decided to make their own pasta again.

Four out of 10 families say they started making homemade pasta again during lockdown, the association found in a survey. The reason given was, unsurprisingly perhaps, people spending more time at home.