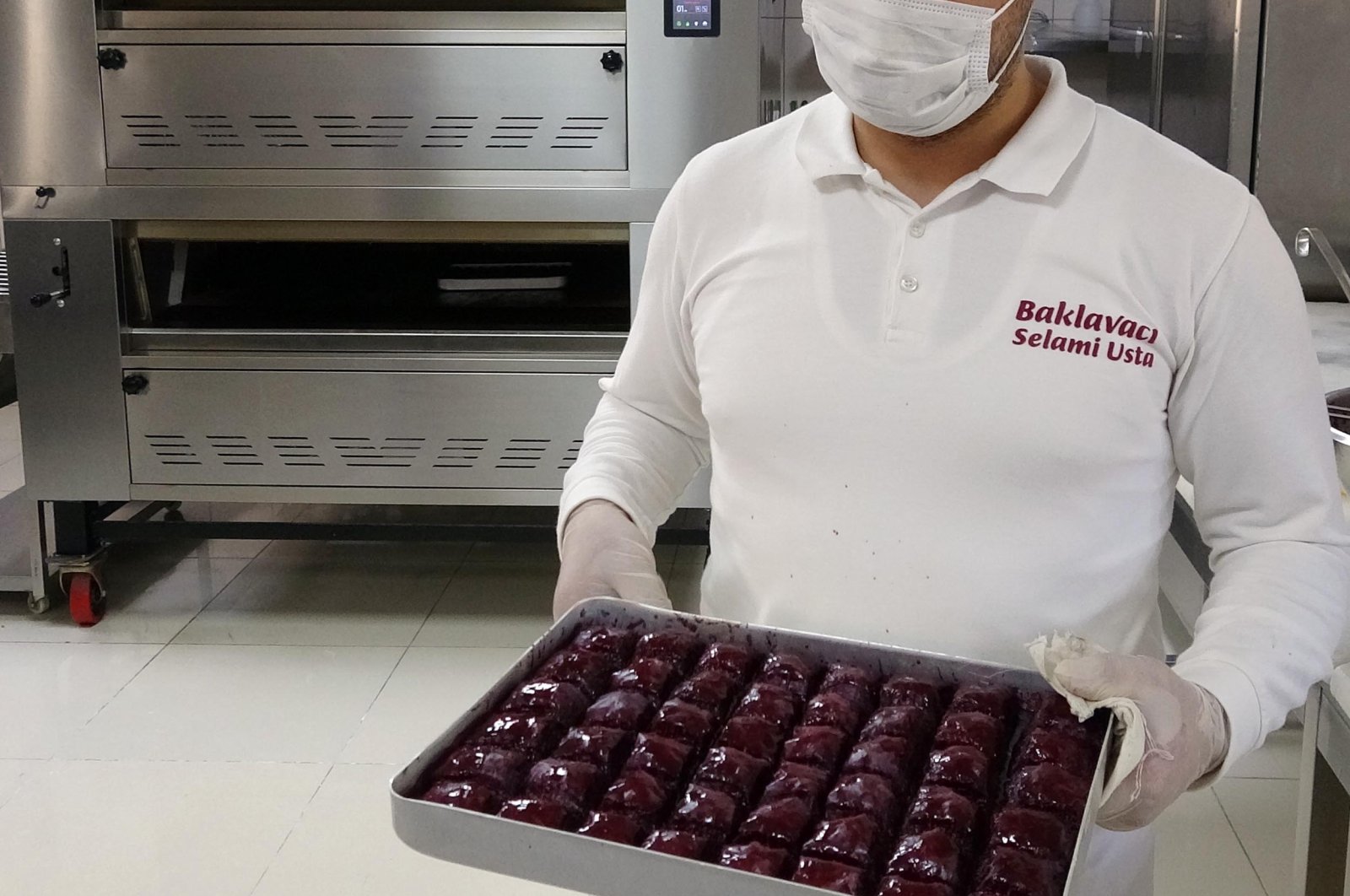 An inventive baker from Turkey’s eastern Erzurum province has put a colorful and less sugary spin on a traditional Turkish dessert.

By using purple cabbage, raspberries, figs and other purple ingredients to make the dough, Selami Atiş has managed to create a healthier version of baklava for those suffering from diabetes or those who simply want to watch their sugar intake.

The rich purple baklava is made by drying such colored fruits and vegetables, grounding them and mixing them in with flour to create the eye-catching and regal shade for the dough. Between the layers of pastry, cream and peanuts are added to fill it out, and instead of the classic sugar-based syrup, fruits are used to moisten the layers.

Within mere hours of making, the purple no-sugar wonder is sold out. Atiş, 28, said that the taste seems to appeal to all ages, both young and old, and there is a high national demand for the dessert. There are many orders for the baklava not only from within the city of Erzurum but also from other cities across the country.

“We were taught by (baklava and pastry) masters in (southeastern) Gaziantep and Kahramanmaraş,” Atiş said, pointing out that he has been making baklava for 16 years.

He said his fun creation was inspired by the purple bread made in the eastern province of Malatya.

“That bread is specially made for people with diabetes,” he said, adding that based on the trendy bread, they carried out research to find the right blend of purple ingredients to achieve the perfect consistency and color. The same goes for the syrup, which is made from purple fruits. The baklava has also been approved by the Ministry of Health for diabetics. And although other bakers have created similar baklavas, Atiş is the first to do so in Erzurum.

Atiş said they have been making 120-130 trays of baklava a day. But ahead of Qurban Bayram, known as Eid al-Adha around the world, they doubled their production, working day and night to meet the demand.