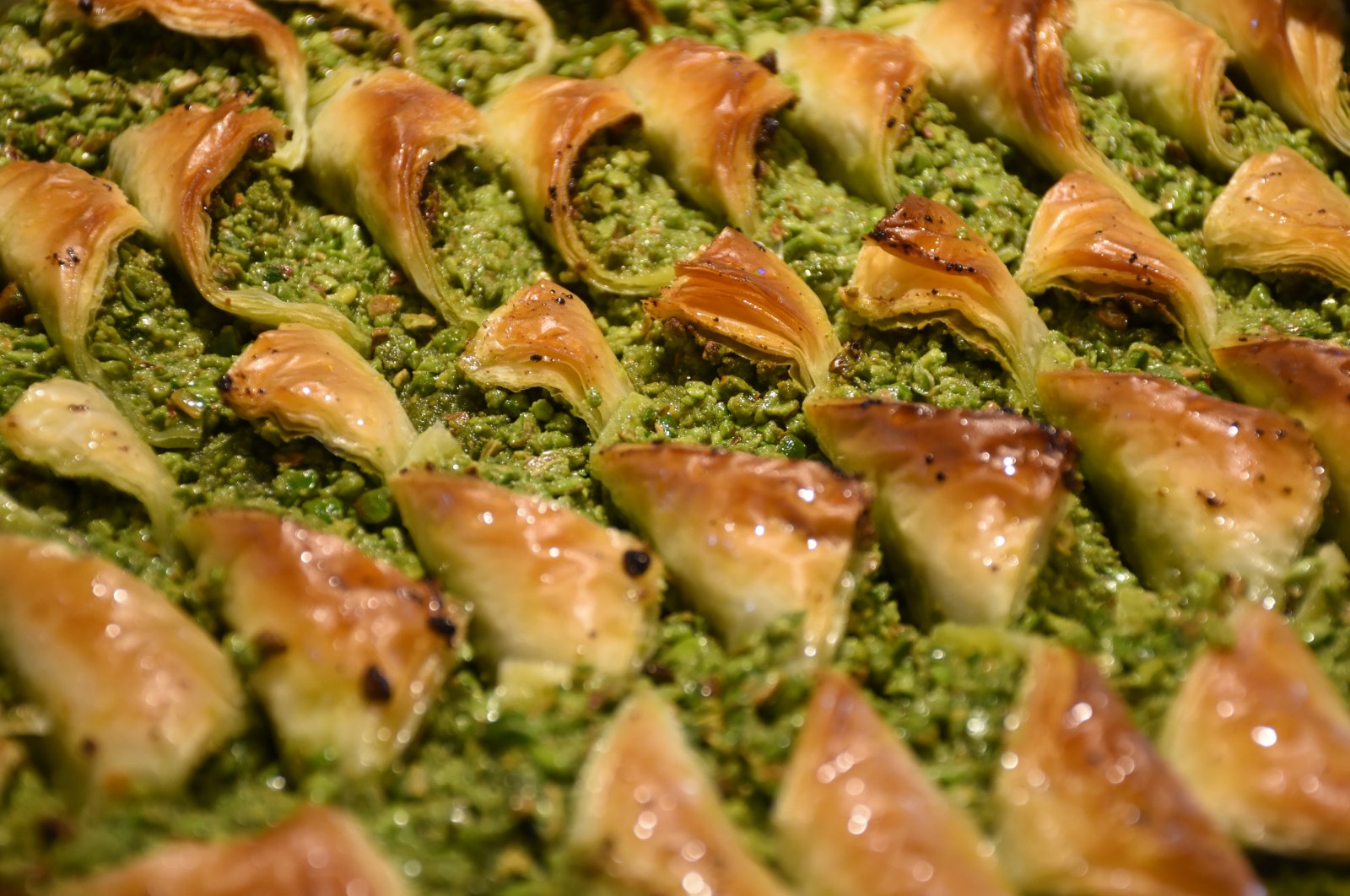 Eighty baklava masters have created a delicious new type of baklava after working on different flavor combinations for two months to give the traditional Turkish dessert a more nutritional spin.

Pastry experts and chefs from the southeastern province of Gaziantep, Turkey’s gastronomy capital and a select member of UNESCO’S “Creative Cities Network” (UCCN), have produced the first additive-free tahini baklava. The high demand for the new confection has driven up the price to a whopping TL 110 ($15) per kilogram.

The idea came from a company operating in the Başpınar area of central Şehitkamil district after employees rolled up their sleeves to find a way to increase the nutritional value of baklava, the first Turkish product registered by the European Union.

Collaborating with renowned baklava masters in the region, business owner Oğuz Ibili told Anadolu Agency (AA) that they agreed on adding tahini as a source of protein to offset the high carbohydrate content of baklava. The result, unsurprisingly, was nothing short of delicious.

Ibili said they have been pleasantly surprised by the overwhelmingly positive response they have got, especially from women.

"By combining tahini with pistachio baklava, we got very good results. We've received great feedback from our customers who have tried this baklava. Most of our customers are pregnant women and new mothers which is because everyone knows how tahini increases breastmilk production. Tahini and baklava make a great team," he said.

The orders have been rolling in – and fast. The company says that after they sent a tray of their new creation to a customer in Istanbul they received orders from seven different people for a tray each.

When asked if they will apply for a patent for the pairing, Ibili said they had purposefully not done so because they wanted the creation to be attributed to the whole city.

Speaking to a reporter on-site, Suat Çalışkan, a customer who got to try the delicacy, said this type of baklava is lighter than other traditional types, making it perfect for the summer months.

"We are used to eating all kinds of baklava in Gaziantep. I just heard of this baklava with tahini and came to try it," he said, adding that he believed everyone should have a taste.