If it ain't broke, don't fix it: Turkish restaurant in Balıkesir serving family heirloom recipe since 1937 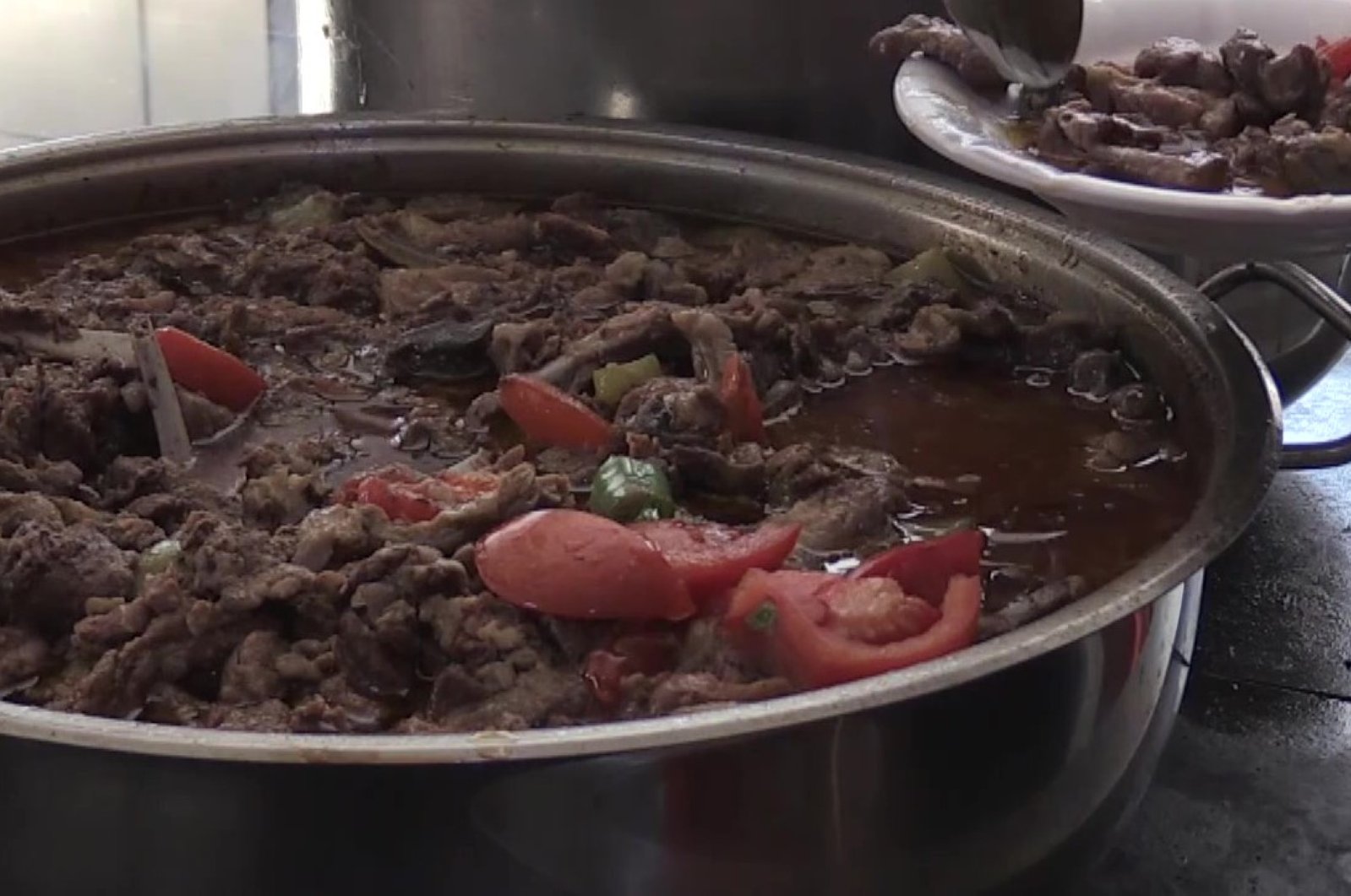 The traditional recipe resembles more a slow-cooked stew and is usually served with onion on the side. (AA Photo)
by Daily Sabah with AA Mar 24, 2020 9:20 am
RECOMMENDED

Menus have started resembling books due to the overwhelming number of dishes on offer. Some are spoilt for choice while it becomes a mood spoiler for others.

A restaurant in northwestern Turkey's Balıkesir province breaks away from the clutter by offering a fixed, no-choice menu.

The restaurant which has been in business for over a century in Kepsut district of Balıkesir has been serving "et aşı," a 160-year-old regional specialty. It first opened its doors in 1973 and is now run by Ali Koç, the fourth generation to take over the establishment.

Once a customer sits down, they are served a helping of et aşı, a delicious saucy lamb dish and subsequently a tahini dessert to top it off. The recipe of the popular dish was created by Koç's great-grandfather and has been passed on from generation to generation ever since.

“Our meat dish is made from lamb. We first separate the meat from the bones, marinate it in tomatoes, green peppers and pepper paste. Then we fry it on low heat and cook it in the oven for three hours,” he said. Koç added that he uses organic meat from the lambs he raises on his own farm.

“We also make our tahini dessert from locally grown sesame seeds. This light dessert takes away the heaviness of the meat dish. That’s why we chose it,” he said.

Koç said they wanted the restaurant – which is one-of-a-kind in Kepsut – to concentrate on one dish only in order to guarantee high quality and best taste every time.

Locals from Balıkesir and from other provinces along with people from countries as far as Germany come to try this dish.