Little Italy in Moda: The flavors of Aida Cucina 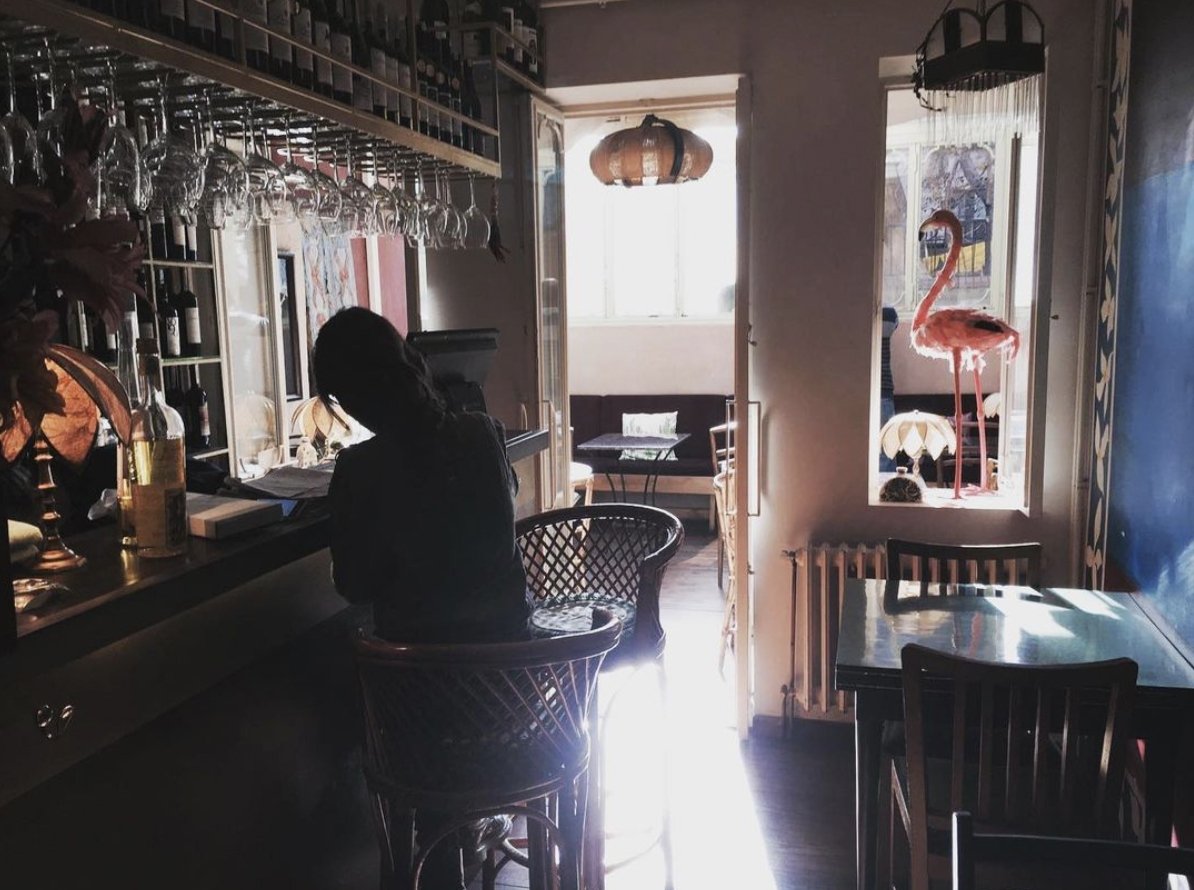 Aida Cucina is an Italian restaurant in Istanbul's Kadıköy with a knack for affordable fine dining. (Photo from Instagram / @aidavinoecucina)
by Matt Hanson Oct 20, 2021 8:18 am

One of the rare historic apartments in Moda, Kadıköy is a multi-floor Italian restaurant with a knack for affordable fine dining and an overall genuine sensibility that matches its neighborhood’s local ambiance

The first thing that wafts from the slim, double door of Aida’s kitchen in Istanbul's beautiful Moda quarter is not the bountiful aroma of their spicy pastas, creamy risottos or fruity cheesecakes but the sound of their piano, as their busy nights are frequented by players who tickle the ivories of their upright with jazz, classical and improvisational melodies. It makes for a homey air inside the old haunt run by an Italian transplant and bustling with waiters and cooks out to please.

Like any fine eatery, their menu changes according to the seasons, and to the inspiration of their lead chefs who have, over the years, enticed with a fancy smorgasbord of tasteful numbers. In the past, among their delectable antipasti, for example, they would serve a fried Roman-Jewish artichoke that has roots in the ghetto of Pope Paul IV, where Jews would fry the vegetable that became their namesake in Italy over open fires.

At Aida, artichoke was prepared in high style, with a presentation to match, as its crispy layers unraveled over a plate of light oily sauce. Nowadays, a napkin-wielding soul at Aida will come across such classic antipasti, or starters in Italian, as bruschetta, burrata, and a pâté made of chicken liver, which comes with an enviable Indian-Italian fusion of onion chutney. It is currently more of a challenge to find vegetarian options at Aida, but for carnivores it’s a feast.

A true mark of authenticity can be discerned when a traditional sweet is fashioned into a savory dish, as is the case with Aida’s cannoli antipasti filled with creamed cod fish. Even the fried potatoes are saturated in pork lard. And the vegan nightmares ensue, with the likes of steamed octopus, rabbit garnished with dried tomatoes and fennel-spiked olives. That said, there are less meatier, yet no less rich choices to begin appetizing oneself at Aida.

The goat cheese tempura, doused with fresh honey, is a proud and exemplary vision of culinary joy. As the house pianist might delight in the inner workings of a composition by Turkish Western classical musicians like Fazil Say or Karman Ince, the delectable fruits of Anatolian farm culture grace the Italianate dishes with a locality that bursts with the peculiar Turkish genius for good food, and its pan-Mediterranean appreciation.

To have and to hold

There is a degree of goodness that is so very good that to have it would be to extinguish its presence, and therefore, well, not have it anymore. That is part of the experience at Aida when the dishes come out, as they are at times almost too good to be true, their visual appeal alone triggering a kind of hunger that wants but does not need to consume outright, but merely enjoy. That is why fine dining is usually brought out for the table in small quantities.

Following a hearty antipasti, or equally beneficial prior, are the lovely soups at Aida, which in the summer might have been cold, in the form of watermelon gazpacho, but towards fall then heat up as street vendors increasingly roast chestnuts on the open fires of Istanbul’s world-famous palate. Aida, going with the flow of the Earth’s yearly changes, serves a clear chestnut broth, which the waiter pours specially over a bowl of herbs.

The effect of the light soup is enough to trigger hunger aplenty, as it warms the body throughout in anticipation of the colder, darker months of winter, which even folks who have grown up along the sunny nation of the Mediterranean know well, and acclimate to with their fantastically diverse ranges of agricultures and cookeries. In terms of heavier fare, Aida is not a place for pizza, but for pastas in their wonderful diversity, from gnocchis to linguini and raviolis.

To enjoy something of the modesty of the Italian kitchen, which is, at times, best when it is utterly simple, their red sauce-lathered linguine fits the bill, as its subtly smoked bell pepper-based cream blends with a lathering of aioli, a sprinkle of bread crumbs and a carefully picked dispersal of olives. Even while gazing at a menu that includes the likes of sheep neck ragu and the regional gremolada sauce, or quail and Roman beef rolls, it is important to feel at home.

And the mood at Aida is a perfect balance of the refined and the casual, as its atmosphere of talkative guests and multilingual staff walk out to the garden tables and back up its narrow, wooden stairway, where, perhaps once a wealthy family on the bucolic Asian side of old Istanbul might have also been entertaining guests with an ossobuco alla Milanese, basically a dish of polenta around braised, cross-cut veal shanks.

And to top it all off

The chief ingredient in salads is freshness, which is a sensibility, even a wisdom, which the Italian and Turkish culinary traditions understand intuitively. The addition of fruits in salads at Aida is then paired with cheeses, the right herbs and leaves proceed from there. For their softness and sweetness, pears and gorgonzola are best friends, and for their hardness and sourness green apples and parmesan go together like flowers and sunlight.

But really, there is always room for dessert, especially at Aida’s. The irresistibility of salted caramel and walnuts only intensifies when they top a lavish cheesecake. There is no end to the seasonality, the diversity, the ingenuity of chef expertise at Aida, even if some locals from the neighborhood might have remembered them in earlier days, when they cooked differently. Then again, everything does change a little, and so do tastes.