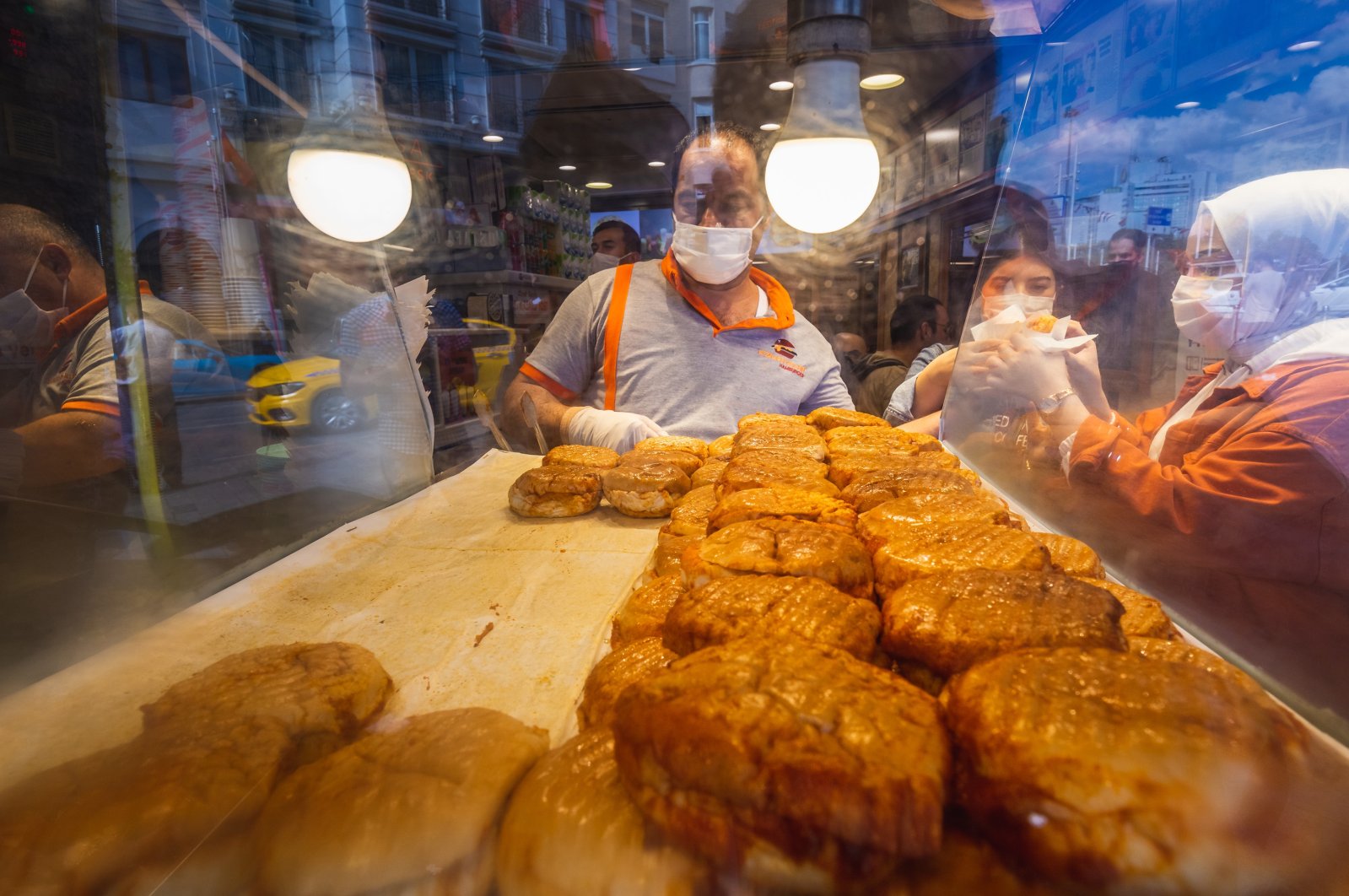 Turkey has long had an array of delectable street food, fast food and takeaway options that showcase the varied cuisine available here.

While restaurants may be closed to indoor service over the next few weeks, many have transitioned their businesses to serve as takeaway venues that one can either pop over and pick up a meal from or have food delivered safely to their door. Luckily, the home delivery service has been well in place in Turkey. For nearly two decades now, we have had the extremely convenient Yemeksepeti website, as well as newer renditions such as GetirYemek and Zomato, with accompanying apps that make ordering in that much more convenient.

You see the website and app Yemeksepeti has revolutionized the food delivery system in Turkey, with innovations making it easy to look up the available restaurants in your neighborhood and order directly from their menu and even pay and tip online. These days there are over 25,000 restaurants on the site and 14 million users, and approximately half a million orders are made daily. Started by four young entrepreneurs and present-day philanthropists in 2001, five years ago Yemeksepeti was acquired by Delivery Hero in what is considered to be the largest internet acquisition in Turkey to date. The company also famously paid out $27 million distributed among 144 of its employees as a gift when the company sold.

So, if you want something other than pizza, there are a lot of other wonderful options that will allow you to become more familiar with Turkish cuisine all in the comfort of your home.

Lahmacun: Dubbed the “Turkish pizza,” “lahmacun” is a flat and round disc covered in a delicious ground beef mixture of finely minced onions, tomatoes and peppers that has long been a staple dish ordered in by the Turks. This thin, and hence light, flatbread baked in a wood-burning oven and available in regular and spicy options (as well as covered in cheese or vegan) can be consumed in multiples at a single sitting and goes great with the national yogurt drink ayran.

Kebab: Studies by Yemeksepeti showed that not only do Turks prefer to order dishes from their own cuisine, but their favorite two categories for years on end continues to be “lahmacun” and “kebab.” There are the classic Urfa and Adana kebabs, with the latter being the spicier version and, of course, döner kebab, which can be consumed either wrapped in a lavash as a dürüm or served as a portion accompanied by rice. One of the most beloved styles of kebab is the famous Iskender kebab, which is also available for delivery and even in a vegetarian format. (And here', all about the many many types of kebabs in Turkey.)

Pide: The true Turkish pizza would have to be “pide” as there are countless variations of toppings and styles adorning this oval-shaped flatbread, including open-faced and closed options with the sole difference being a lack of tomato sauce or any sauce for that point. Instead, pide, which is cooked in a wood-burning oven, is made of ground or cubed meat, spinach or simply kasseri, feta or curd cheese to name just a few of the toppings. Some pides are even covered with an egg! The most popular is the “Trabzon pide,” which is covered in layers of butter and melted cheese.

Islak hamburger: While hamburgers and pizza are the most popular foreign foods ordered in by the Turks, the authentic Turkish “wet burger” (ıslak hamburger) remains to be a classic comfort food that is usually available at all hours of the day. Classically prepared by what is referred to as “tostçu,” in other words, a grilled cheese shop, you can find wet burgers in heated display cases at the front of these shops to cleverly lure patrons in.

What is a wet burger you ask; well it is a plain burger and bun, of slider size, that has been doused in a sauce made from tomato and pepper pastes and garlic. Don’t worry about getting a soggy bun when the burger arrives as that is the whole point of this particular dish absolutely coveted by Turks.

Tost: There can be a lot of confusion surrounding the word “tost” in Turkey as English speakers assume it to simply be a slice of toasted bread. However, in Turkey, a “tost” is so much more.

Traditionally, a toast is a grilled cheese sandwich with or without slices of the aromatic "sucuk" sausage. The art has now been perfected to include “Ayvalık tostu,” which includes tomatoes, pickles and even potato salad and “kumru,” a sandwich made of julienned hotdogs and salami. The beauty of ordering a tost however lies in the fact the stands that sell them also tend to offer a wide variety of fresh fruit juices including “atom”, which is a mixture of juices including pomegranate and kiwi, and “muzlu süt,” which is basically a banana milkshake.

Year after year, research has shown that the most popular take out dessert ordered by Turks is none other than “künefe.” This round disc of shredded phyllo dough doused in a sweet syrup and stuffed with a mild goat cheese of the same name that is then baked in a single-serving size copper dish is divine. Some even go all out and cover the baked sensation that already oozes with cheese with clotted cream or pistachios.