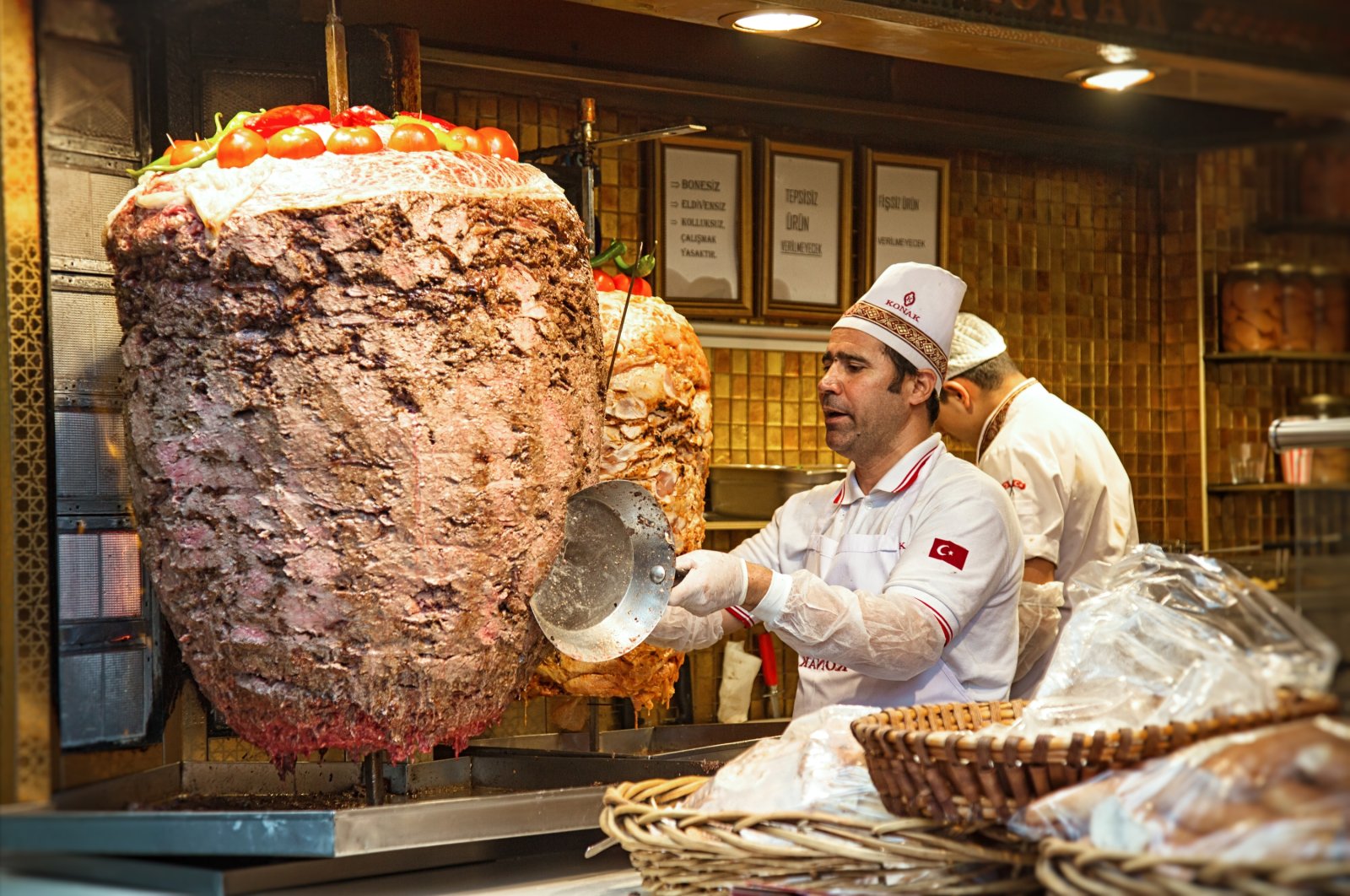 While you may be familiar with döner kebab, there is actually a vast variety of intricate and delectable kebab meat dishes to sink your teeth into in Turkey

Kebab is the widely referred to name for a variety of meat dishes derived from the Middle East that are either cooked on a skewer over a grill or in a vessel. The word kebab is said to be derived from the Sumerian term “kabuba,” which means to char and is used in Arabic and Turkish to denote meat dishes. Throughout history, the people of Anatolia and neighboring regions have discovered, developed and perfected a number of delicious kebab dishes that go way beyond the döner kebab or gyros that are more popularly known.

The ingredients in kebabs can vary between lamb, mutton and beef. Some are skewered, and some are stewed. Most kebabs are served with yogurt and tomato sauce and either rice, wraps or pide, while some are even prepared with fruits and nuts. The following is a list of the most legendary kebabs to try in Turkey:

Döner kebab gets around

Referred to as both “döner” and “gyros,” the döner kebab along with shish kebab are the most familiar forms of kebab known worldwide, and both are delicious specialties in their own right. Döner is named after the rotating spit used to cook upright stacked meat, which is then cut into very thin slices. This fast-food variety is then encased by bread or a lavash wrap and filled with thinly sliced onions, parsley, tomatoes and papers to easily be eaten on the go.

One of the most famous and beloved forms of döner kebab is iskender kebab with thin slices of döner served over cubes of freshly baked pide bread, topped with tomato sauce and accompanied by yogurt, which is then doused in sizzling butter at the table. Named after its inventor Iskender Efendi, who not only developed this signature dish but at the age of 12 invented the entire rotating spit concept for cooking layered meat vertically, iskender kebab has been trademarked by and synonymous with Bursa’s Iskenderoğlu family since the late 19th century. The signature shop is in Bursa, and the family has since branched out to operate nearly a dozen restaurants nationwide. However, the dish is so beloved by the Turks, you can still find it served up occasionally under its well-known name iskender or other creative variations.

With an unfortunate name that has countless times been translated as “rubbage sticks” due to the most familiar meaning of the word "çöp" just happening to translate from Turkish into trash, çöp şiş is one of the most widespread kebabs that is best referred to in English as the classic shish kebab, albeit a skinnier variety. Consisting of scraps of meat (which may be the reason behind the name) that are marinated in garlic, tomatoes and thyme before being shaped onto wooden skewers and cooked over a grill, this dish is generally served with grilled peppers and onions and rice or can be wrapped in lavash bread and is one of the rare kebabs to have a widespread chicken variation.

Şaşlık kebab is actually synonymous with shish kebab and consists of significant chunks of lamb that are marinated in vinegar and layered on a wooden skewer with onions and other vegetables.

Adana and Urfa are the names of two types of kebabs that are both prepared using minced meat, which is molded into patties on flat iron skewers and grilled over a burning flame. Named after the two cities in Turkey most famed for their kebabs, the only difference between the two is the level of spiciness with Adana kebab bringing on the heat and Urfa kebab being more subtle.

Named after the owner of Beyti, the most famous meat restaurant in Istanbul, beyti kebab is a visual delight as patties made from ground beef or lamb that are shaped and grilled on skewers are then wrapped in a lavash and cut into bite-sized slices, which are traditionally spread out into a spiral on the plate and then doused with tomato sauce and yogurt.

You say Çökertme, I say Bodrum

Referred to as both Çökertme and Bodrum kebab, this particular variation is made from marinated strips of veal served over shoestring potatoes, which is slathered in tomato sauce followed by garlic yogurt and served accompanied by fried tomatoes and green peppers. Popular in all of Muğla province, Çökertme is the name of a village in Milas where it is believed this dish was discovered.

Tirit kebab is a popular hailing from the Central Anatolian region of Konya in Turkey. The delicacy is generally prepared with lamb but can include a number of variations in meats. The most standout feature of this dish is that it uses leftover bread that is reheated and used as a bed for the stewed meat which is then covered in yogurt.

With a history hailing back to the Ottoman era and the time of Sultan Selim I, or Selim the Grim, Alinazik kebab is a beloved combination of cubed lamb laid over a bed of smoked and spiced eggplant. The name is said to have been a derivation of a combination of the Arabic word “Ala” to mean beautiful and “nazik,” which means food. However, legend has it that when the sultan was first served this dish, he asked whose “kind hands,” which is the translation from Turkish, were responsible for creating the dish. Nonetheless, the puffy pillow base of pureed smoked eggplant mixed with garlic and yogurt serves as the ultimate accompaniment to savory stewed lamb. (Here's the recipe.)

Hailing from the touristic Cappadocia region of Turkey, testi kebab is an extravagant lamb or beef and vegetable stew that is cooked in a clay pot, which is then cracked open at the table to serve.

Tandır kebab is slow-cooked by being suspended over an underground brick oven and generally consists of lamb covered in a marinade that is a mixture of yogurt and tomato paste.

Ain’t it a peach: Şeftali kebab

A signature dish from Cyprus, despite the name being şeftali kebab, which translates from Turkish into peach kebab, there is actually no fruit used in this kebab, which is a type of crepinette. In other words, a skinless sausage stuffed with caul fat or stomach membrane and grilled on a skewer. Meanwhile, the name is a misnomer as this kebab is said to have actually been named after Chef Ali who originally prepared it.

Yeni Dünya has two meanings in Turkish, one being “new world” and the other being “loquat.” Hailing from the nation’s culinary capital Gaziantep, the yenidünya kebab is thus a kebab made from the picturesque layering of loquats and köfte meatballs to either be grilled on a skewer or baked in an oven.

The most famous kebab to come from Gaziantep, however, has to be antepfıstıklı kebab, which is made with pistachios, a nut the region is famed for. In this kebab, minced meat is mixed with pistachios, onions and garlic and then shaped onto a flat skewer and grilled.