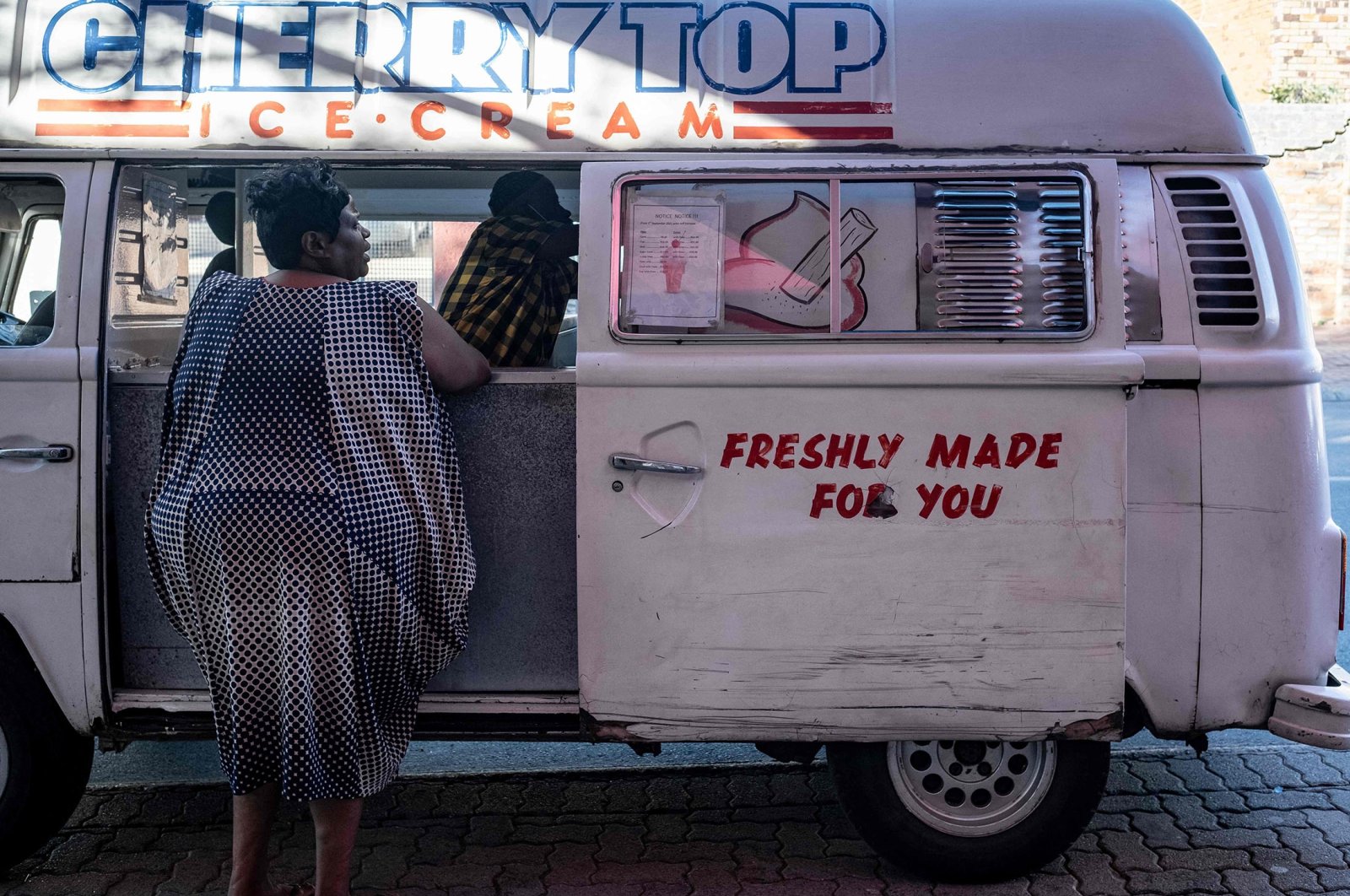 The classic melody reverberates through the streets as the ice cream van trudges along with hordes of children running in joyful glee. This is a regular sight for ice cream man Sipho Mtshali, who has been doling out deserts in Soweto since South Africa's violent apartheid years, as kids flock to grab the creamy, soft servings.

Now 63, Mtshali says he has worked "Monday to Monday" for the past 45 years, driving through the hilly township that spawned South Africa's first black president, Nelson Mandela.

Even during the violent liberation struggle that rocked Soweto during the 1970s, he stayed the course.

Only the winter weather occasionally stops him.

"If it's cold, you get the rest," said the native of Soweto, where students rose up against white-minority rule in 1976.

But politics have never been Mtshali's thing.

"I have seen people grow up from the ice cream car," he said, noting that prices were lower during apartheid, which officially ended in 1994.

Today, he charges 8 rands (50 cents) for a swirly serving of strawberry or vanilla. Add a couple of rands for a sprinkle of hundreds and thousands or another crunchy topping.

Mtshali fondly recalls the round baby faces of his first customers, now adults, who today send their children to his van, coins in hand.

"They were young when we started," he said, serving some people directly through their car windows.

Under a bright summer sun, Mtshali drives slowly past the small, identical, brick and iron-roofed houses built for black laborers on the outskirts of Johannesburg during apartheid.

He has to cut the engine to switch on his Italian ice cream machine.

"Can't do both at the same time," he muttered, blades churning in the background.

The small technical glitch does not dent his passion for the smiles he generates.

"As long as I'm alive I'm gonna do it," he said. "Everybody is happy with ice cream."