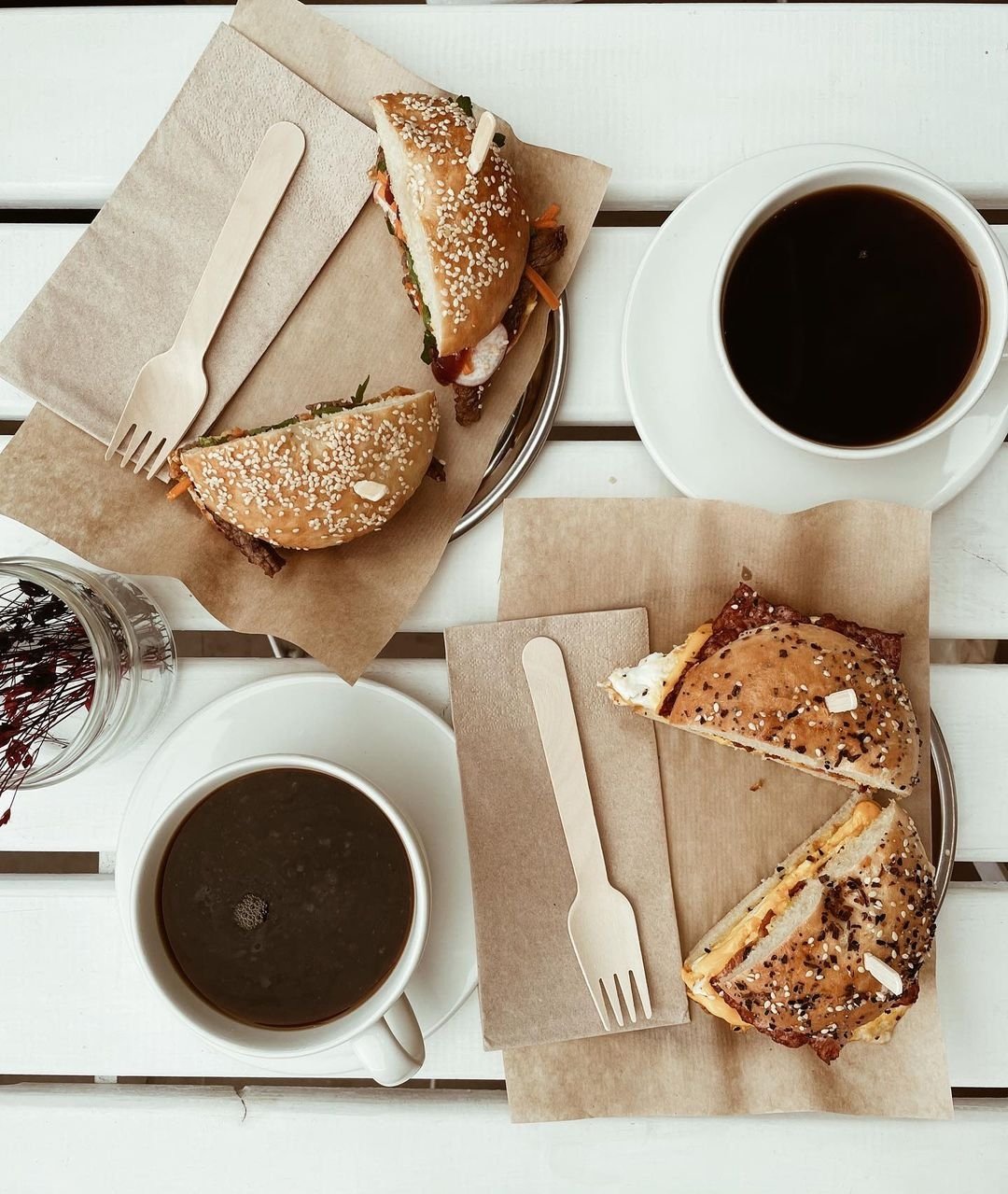 A new breakfast and lunch spot in Moda, Bagel House, serves up a fresh variety of classic fares, conjuring apt nostalgia for the tastes of the old five boroughs from Brooklyn to Manhattan and beyond to Istanbul

The discussion has ensued countless times, down the quiet alleys and cafe boulevards throughout Istanbul’s cosmopolitan districts. It is a question of culinary authenticity about what exactly defines a bagel, and whether or not Turkish tradition has accommodated its shape, texture and cultural air quite like its roots in New York. The answer is generally negative, as the occasional debate might resound from the seagull-screeching piers of the Bosporus over the literal ring of the simit, rolled sesame breads that sometimes are called the Turkish bagel.

Sadly, however, simit are a far cry from the bagel as they are known according to the coffee-addled kitchens of inner-city New York wherefrom the simple ingenuity of the bread has gained worldwide fame. Interestingly, alongside the simit, another type of breakfast pastry is hawked to the tune of its name, açma, which might translate to “unopened,” as its dough fills the center that a simit leaves to empty space. While artisan-baked simit do approximate the multigenerational magic that makes New York bagels so delicious, they are another animal.

Recently opened, the sleek storefront of Bagel House in Moda near the forested Yoğurtcu Park offers perhaps the closest thing to the hard-and-fast wonders of getting a bagel in New York City, complete with the metal-cage baskets where the freshly hot, round loops of savory and sweet breads are on display, seasoned with poppyseed, olive and thyme, cinnamon and raisin, and of course, the staple “everything.” Lathered with an overwhelming amount of cream cheese, Bagel House almost gets away with transporting its patrons to Williamsburg.

But there are distinctive, utterly Turkish differences in New York’s style of bagel with that of Bagel House in Istanbul. Firstly, the cream cheese is smoother, wetter in its Turkish variation. If there is any zone where the United States' dairy culture is more advanced than Turkey’s it could be in bagel cream cheese. Other than that, Turkey is light years ahead of the U.S. in its diversity of cheese cultures. It is a testament to how the frequency of repetition and intensity of appreciation affirms a certain standard of quality for bagels in the U.S.

At the Bagel House, the tables are turning, and Turkey is fast integrating the peculiarly U.S. item of culinary genius into its urban palate. It is appropriate to have opened in Moda, for example, where anglophone internationalists peruse its English menu and ready their appetites for healthy servings of salmon sandwiched between a bagel of their choice, just like the 20th-century folks of the Yiddish-speaking East Village parks would slap on a pink strip of lox onto their crisped, hand-rolled and water-boiled breads, fresh from the cold Atlantic sea.

While the Sea of Marmara might be a bit distant from the northern waters where Norwegian salmon descend aplenty to supply such eateries as Bagel House, the fact that it is prepared as their “New York Salmon Bagel” is a testament to their insider knowledge from the wide avenues of Manhattan to the complex environs of Kurbağlidere. Instead of hearing the clean-shaven choruses of Yankees fans, a patron of the Bagel House might listen to the booming masculinity reverberate from the nearby Fenerbahçe stadium during a soccer match.

Yet, despite the decidedly carnivorous and macho airs that might pass through the seaside breezes around Bagel House, its Vegan Chickpea Salad Bagel is one of the more delectably biodiverse choices around Istanbul, which is, to the perspicacious eye, a nexus for meatless zealots out for a wholesome bite of nourishing, plant-based foods. The boiled and mashed garbanzo bean within its sliced bagel is quite spicy, in that case maybe too much so for first thing in the morning, as it is doused with vegan Sriracha sauce and spices.

But with a heap of lettuce, and strips of what appears to be pickled beet, the sole vegan offering at Bagel House delivers with a peerless, tasteful grab. The purely vegetarian, however, might be hard-pressed to find a sandwich between the “Jersey Bagel” with eggs, smoked meat, cheddar and a special sauce, or the Vietnamese-inspired Banh Mi Bagel, which by the way, is very New York, with its steak, carrot, turnip and relish adapting the culinary spirit of Southeast Asia.

That said, there is a vast range enough between the types of bagels, jalapeño cheddar for a New Yorker’s palate, olive and oregano for the more Mediterranean soul, gluten-free for the allergic and health-conscious, all of which go perfectly with a rich spread of cream cheese spiked with chopped walnuts and honey, or the traditional chive. And lastly, Bagel House is more than just bagels. Its espresso machine doles out a perfect cup along with a smorgasbord of cupcakes, cheesecakes and sweet rolls.

The kitchen at Bagel House has the power to transport anyone from Istanbul to another history of food across the globe, as its patrons close their eyes and entertain a simple bite into a piece of bread that brings them to the shores of a city across the wide Atlantic. Staffed with a friendly group of locals who are known to give a free bagel to anyone patient enough to wait while they take their orders, the atmosphere at Bagel House is quite international, yet so were the original bagel houses of New York, when so many foreigners came ashore hankering for a taste like the Old Country, only to create a new order of cooking that would eventually make its way back to their long lost motherlands.