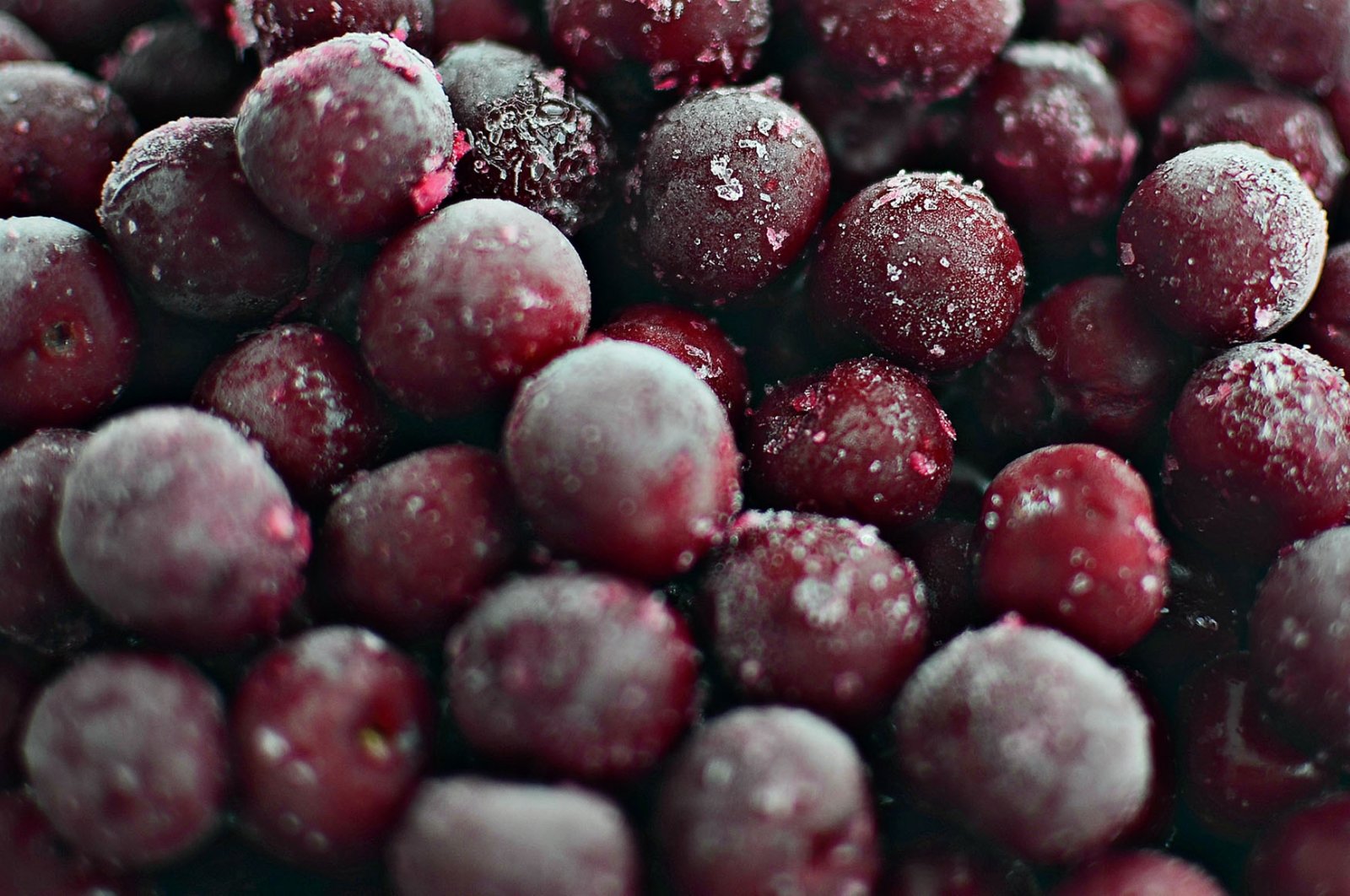 Freezing is just one of the ways you can preserve your cherries from summer. (Shutterstock Photo)
by Ayla Coşkun Feb 21, 2021 12:16 pm

If you have a freezer full of summer's best fruit, aka cherries, why not try your hand at these sweet, sour and savory interpretations and appreciate the diversity of these international twists?

When looking through my culinary calendar it took me by surprise: There’s a whole month dedicated to cherries in the United States. An odd choice considering it is February and in the dead of winter but the most plausible theory for it being that in 1912 Japan gifted the U.S. 3,000 cherry trees as a sign of friendship between the countries. These were planted in a park that can be visited even today in Washington, D.C.

Putting the history trivia aside, cherries are a particularly nutritious member of the fruit family and have some surprising health benefits. While not quite in season at the moment, Turkish cherries are quite tasty on their own and have even gained international certification!

So to celebrate this amazing fruit, here are four delicious ways to prepare them, including a centuries-old vintage take, true classics and a rather distinctive one.

The first one is an oldie but a goodie, meaning that this recipe comes from the Ottoman Empire. While Turkish cuisine has kept or adapted many recipes from the era, especially sweet and sour creations, many have been lost over time or simply lost their appeal through the ages. But the sour cherry sarma, or stuffed vine leaves, sometimes called dolma has had a resurgence in recent years. The vine leaves work beautifully with the sweet and sour taste of the cherries and actually make for a perfect vegan treat to wow anyone.

If you buy the leaves pickled and not fresh, soak them in water for at least 30 minutes to get rid of most of the salt and cook them until the leaves are soft. While you let the excess water drip off the leaves, pour the olive oil into a pan and slightly roast the pine nuts. Add the onions and sautee them until they have softened. Add the rice and the seasoning, including the pomegranate molasses/syrup to the mix and stir it thoroughly. After a few minutes of cooking them together, add the cherry juice and the sugar and let it simmer for 8-10 minutes. When the rice is not quite cooked through, add half of the cherries and give it a good stir, making sure to mix them evenly. Now you can turn the heat off and begin preparing the leaves to get rolling.

On each leaf, there should be about a teaspoon or less of filling and one extra whole cherry. First, fold in the sides of the leaf over the filling to prevent anything from spilling out and then roll them up tightly. The stuffed leaf should be about the thickness of a finger (Turks would say the pinky is best). Some leaves are bound to be torn, so you can use them to make a bed in the pot you intend to cook in. Place the rolled leaves evenly in the pot and pack them tight. Before starting a new layer, sprinkle some of the cherries on top for an extra pop of flavor. If there are any cherries left by the end, put them onto the leaves, sprinkle some salt and add a dash or two of olive oil on top. Finally, fill the pot with enough water to barely cover your vine leaves. Place a small plate upside down on them to prevent them from floating and let it cook on low heat for about 30-40 minutes or until the leaves have softened completely.

Moving onto a true homemade classic and a unique way to preserve cherries when they finally come in season. The first one is to make a jam or marmalade out of them.

My favorite way to preserve cherries or sour cherries is to turn them into jams to enjoy year-round. Depending on how sweet or sour they are, I pit them and cook them with sugar with a ratio of 2-to-1. So for each kilogram of cherries, I use about half a kilogram of sugar. I tend to add even less sugar if I'm confident in the fruit to bring out their flavor even more. But it is all a matter of taste in the end. Just don’t skip out on it altogether as sugar acts as a preservative. The usual Turkish manner of making it with a 1-to-1 ratio is a bit too sweet for my personal taste, just a warning.

Now onto another interesting Turkish way of preserving, which essentially turns something sweet into something savory.

Yes, you have heard right! This is more of a specialty of the Black Sea province of Giresun, which was probably invented to preserve them without drowning them in sugar. You have to start by washing your cherries well (and pit them if you like) and in a container of your choice, add a handful of your fruit and about half a handful of rock salt. With time, the cherries will release their juices, and in a few months, they’ll lose their cherry flavor and will have a taste akin to mushrooms. Your pickled cherries will be ready for consumption two to three months later. Make sure to let them rest in water to get rid of most of the salt and then saute them with onions. Like pickled mushrooms, you can add these to any dish you like. This is a highly authentic way to preserve them if you have tons of cherries and don’t want to waste any.

Fruit cakes are a great crowd-pleaser, and I love them even more when they are on the lighter side like with the sour cherry cake recipe I shared with you last year. But there is no denying the mouthwatering powers of a classic American cherry pie stuffed with delectable fruit!

For the homemade crust

If you are making the pie crust yourself, knead the flour and cold butter until it turns flakey and crumbly. Slowly add in the water and continue kneading until it forms a non-sticky dough. You might not need all of the water listed, go slow and make adjustments according to your flour. Once you achieve a smooth consistency, separate the dough in two and wrap them up in cling film to cool them in the fridge. This will give you ample time to prepare the filling. You can even make the dough the day before as well.

If you haven’t pitted the cherries yet, now is the time. Once that’s done, put them into a bowl together with the sugar, starch, lemon juice and vanilla and give that a good stir.

Roll out the pie dough and lay it carefully into a pie dish. While spooning the cherry filling into the dish avoid the excess juices pooled at the bottom of the bowl. Put the butter onto the filling and use the other half of the crust to close the pie in the way you like. You can make a lattice or close it off completely. If you have extra dough, you can even create shapes such as leaves to decorate your pie and make beautiful patterns. Giving your pie an eggwash at the very end is also optional.

If serving warm, you can always serve your cherry pie with a scoop of vanilla ice cream and ground cinnamon for extra kick and creaminess. Powdered sugar dusted on top would also be a truly classic way to serve your slice.