Panzerotti: A truly Italian delicacy, or is it? 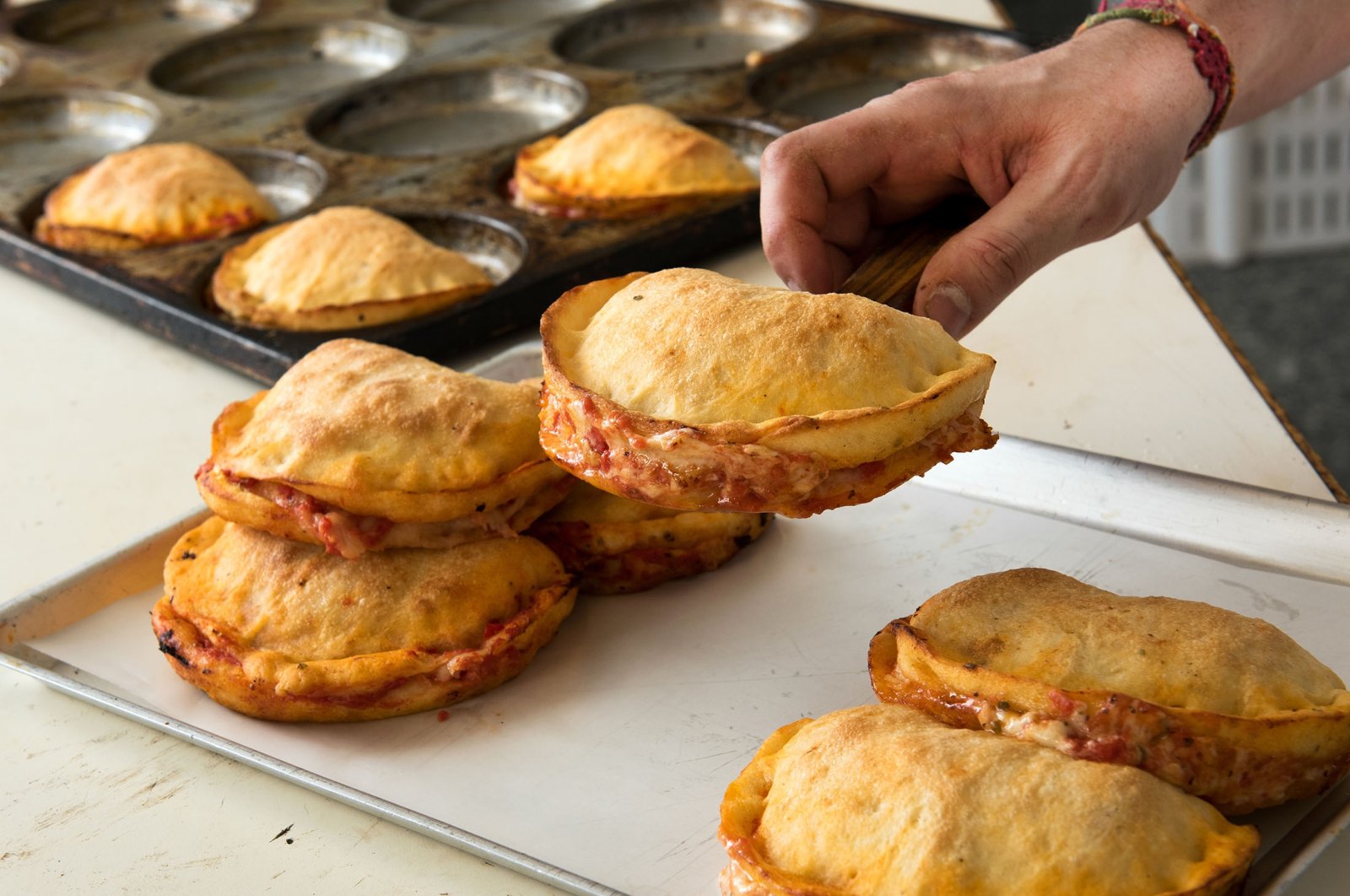 Travelers can turn into food critics while tasting different flavors of the places they travel to, and trying new delicacies is as much a part of travel as seeing new and beautiful sights

What is one of the most exciting parts of travel plans for you? For me, it is to try the food of the cities I travel to. I want to know what people eat and drink in a city I visit for the first time, and what that city is famous for. In order to accomplish this, I do a short research beforehand and know what to eat while exploring the cities.

Sometimes I try and make the delicacies I tried while traveling when I return home. Panzerotti, which I ate in Milan, is one of them. Of course, I can't try making the dish at home, but panzerotti is very similar to the Turkish "pişi" – a fried dough or bagel. For this reason, I thought preparing it wouldn't be difficult.

In Türkiye, pişi is made by frying bread dough in oil and is generally consumed at breakfast. I also think that panzerotti is a kind of Italian bagel.

In my opinion, every local dish or famous dish has a story. The story that I weaved in my head about the panzerotti does not actually start here. It's based on pizza and ice cream.

"Why" you say? Well, When we think of Italy, the first thing that comes to mind is pizza and ice cream.

So, how delicious do you think the ice cream and pizzas you eat in Italy are?

Between us, I didn't like the ice cream and pizzas I ate in many cities of Italy. Not counting the Neapolitan pizza we ate in Naples. They were not bad, but when I make a comparison, I can say that I liked the pizza and ice cream I ate in the Balkans more.

Especially the taste of the pizzas I ate in the city of Struga, Macedonia, is still on my palate, and of course, the ice creams as well.

Specifically, I can never forget the taste of the ice cream I ate in Serbia.

I wonder if ice cream and pizza actually passed from the Balkans to Italy? Or could this recipe have changed according to tastes, on the way from Italy to the Balkans? If that's the case, it's a welcome change.

So, actually the situation is like this: When we look at the map, I think anyone can see that there must have been an interaction between the regions since Italy and the Balkans have land and sea connections.

And actually, I found an answer in my own way to the question in my head.

I don't know if you have paid attention to the signs in places where ice cream is sold in Türkiye, but on signs that say "Roman Ice Cream" you must have also come across the words "Balkan Kardeşler (Siblings)," "Balkan Ice Cream," above, below, or somewhere on there. I thought maybe this is not a coincidence.

You may ask me what all these question in my head and these thoughts have to do with panzerotti.

I thought, is it the same with panzerotti, an Italian food? I've never tried panzerotti in the Balkans; I didn't even look for it. In fact, I ate the best I could really eat in Italy. However, after the pizza and ice cream story, I thought the panzerotti story might be very different.

When we first ate panzerotti in Italy, my husband's reaction brought such a story to life. My husband's first sentence as soon as we stepped into the shop, where we ordered panzerotti, was, "This scent took me back to my childhood." When I say that my husband is a Macedonian immigrant, I think you can connect the dots.

That day, we realized that this dish my husband's mother has been making for years with a different name, could be panzerotti.

In other words, it was a flavor that was also made by Albanians and Balkan immigrants. It was made with different names such as pişi or puff. Today, the pişi made in Türkiye is very similar to the panzerotti.

The main issue is that, as in the story of pizza and ice cream, was there any interaction in the panzerotti as well?

Did panzerotti go to the Balkans from Italy? Did it go to Italy from the Balkans?

Maybe there is no such story and it is just something I have created in my head.

I think you may be wondering about its flavor after talking about it so much. So, here's the recipe if you want to try it:

First, we open the yeast by mixing it with a glass of warm water and sugar.

We add five glasses of flour, two teaspoons of salt and a quarter of a teaspoon of oil.

By the way, if you search for this recipe on the internet, you will not find many recipes. I couldn't find this recipe online either. This special recipe that takes my husband to his childhood is from her mother. We mix and knead the ingredients I have mentioned.

We add four more glasses of water to the mixture, apart from the one glass of water we put in for fermentation.

After kneading well, we cover the dough and let it rest.

Now, it's time to prepare the internal ingredients.

For the stuffing, we grate some tomatoes and chop some of them into tiny pieces. When I ate it in Milan, it had an intense tomato flavor. To get this taste, we not only grate the tomatoes, but also chop them into small pieces and add them.

We slightly cook the tomatoes we prepared in this way. You can also add fresh basil to the sauce, it looks great. Of course, mozzarella cheese is a must in this dough. You can color the ingredients if you desire to. You can also add salami if you want. In Italy, they even add fish to their stuffing.

After waiting for 30 minutes, our dough reaches its full consistency and leavens. In this case, you need to press the dough a little and take out the air inside.

Then we make balls the size of a coffee cup from the dough. We flour the dough so that it does not stick to the place where we will roll it and we roll the dough with the help of a rolling pin.

First, we add a spoonful of tomato sauce to the dough.

However, we should not put the tomato sauce in the dough and leave it like that, we should apply it thoroughly. After adding the mozzarella cheese, we close the dough. With the help of a fork, we both shape and close up the whole dough. Then we cook the dough in hot oil.

Then we eat with pleasure. Of course, this wonderful smell that surrounds the house takes some to their childhood.

We do not know where this flavor that took my husband to his childhood came from, but I always enjoy taking him down the memory lane. It makes me wish that our pleasant breakfast tables, where we sit and listen to the stories he tells, would never end.