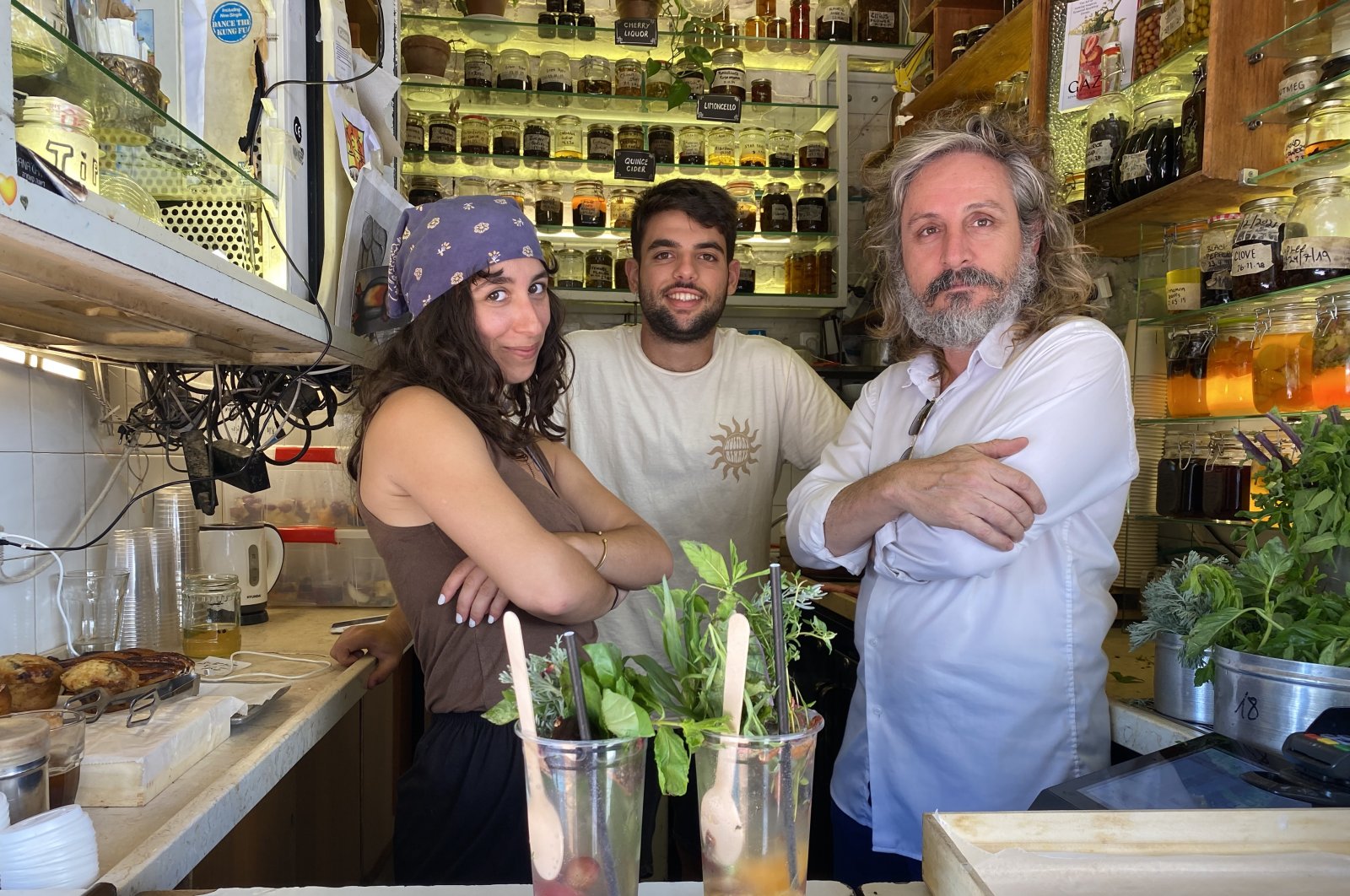 As temperatures soar, people opt for cool summer drinks. From the hip to the traditional, take a trip in a slew of refreshers by exploring these drinks, with ingredients from flowers to herbs and even mung beans and rice.

Cha Yen iced tea is sweet and yet very refreshing, perfect for the hot weather in Thailand. This ubiquitous drink, from Bangkok to Phuket, is hard to miss thanks to its distinctive colour: Thai Ice Tea glows a bright sunny orange.

If you want to make it, start with a strong black tea, brewed with spices such as star anise, cardamom, tamarind and orange blossom water, the secrets that give the drink its unique flavour.

The tea is then mixed with sugar and sweetened condensed milk and poured into a glass with crushed ice, creating the perfect balance of creaminess, spices and sweetness, revitalising locals and tourists alike.

Thailand has another eye-catchy drink: Butterfly Pea Soda, that's an inviting purple and blue thanks to the plant that's its key ingredient. The butterfly pea plant is said to have a calming effect along with other health benefits and you often find it in dishes and drinks in south-east Asia. As a soda, Butterfly Pea is extremely refreshing.

Lemon and Paeroa, or L&P as it is now known, is famous in New Zealand. Created in 1907, the soda was traditionally made by combining lemon juice with carbonated mineral water from the small town of Paeroa, on the North Island of the country.

The mineral properties of the water in Paeroa give the drink a unique taste, with a light refreshing lemon flavour.

Some manufacturers make it with New Zealand-inspired treats, like chocolate and cakes.

The soft drink, with its distinctive brown bottle and bold yellow label, is now owned and manufactured in Auckland by global giant Coca-Cola.

However, the drink still has a huge presence in Paeroa – literally. A 7-meter (23-feet) tall concrete replica of an L&P bottle is a focal point for the town and a popular spot for tourist selfies. It has also been reproduced on postage stamps.

The slogan used to market the drink "World famous in New Zealand" is now a popular Kiwi saying used to describe things that are famous within the small country but unknown in the rest of the world.

In Greek, "ypovríchio" means submarine, though, for foodies, that describes thick mastic dipped in ice-cold water with a dessert spoon. Mastic is a popular summer drink in Greece. It consists of sugar, vanilla and the resin of the mastic tree that grows on the isle of Chios. The resin tastes sort of "sweet, fruity, herbal" according to some descriptions though others call it peculiar.

It's a mixture that Greeks enjoy from their childhood, with the mastic mass gradually dissolving in cold water. Some, however, lick the paste right off the spoon and then drink the cold water - highly refreshing in the heat of a Greek summer.

When it's really hot, Israelis drink Gazoz, a sweet fizzy beverage. It's a traditional fruit lemonade through a jazzy version is served in Tel Aviv, where fermented fruits are mixed with fresh herbs, ice, mineral water and spices.

Each drink is a unique blend at Benny Briga's iconic kiosk on Levinsky Market in the city's south. It tastes a little bit like kombucha, a fermented tea drink.

But what makes Tel Aviv's Gazoz special are flowers and fresh herbs that decorate it, making it a real social media star.

Halo-halo is a favourite Filipino shaved ice dessert that is most popular during summer but is also enjoyed all year long in the Philippines.

It is made of shaved ice packed on top of a kaleidoscope of sweetened fruits, such as banana, jackfruit and young coconut, candied red mung or white kidney beans, and soft and chewy red and green jelly.

Evaporated milk is poured over the ice before it is topped with Leche flan or ice cream, often purple yam flavoured, and sprinkled with toasted pinipig (pounded young rice).

To enjoy the dessert, you just mix all the ingredients, hence the name, which means “mix-mix’ in Filipino. You finish the dessert by drinking the creamy concoction. Each region in the country has different versions, with other ingredients added into the mix, such as sweet corn kernels, cereals and even cheese.

Other areas have stripped-down versions, with only sweetened banana and young coconut added into the shaved ice. Halo-halo is believed to have originated from two Japanese desserts with similar ingredients, but Filipinos adapted it to their tastes.

Sugar cane juice is very popular in India when temperatures soar. You find it on offer throughout South Asia, often at roadside stands where sellers make you a drink on the spot.

They press the sugar cane through a diesel-powered machine and then mix it with lemon, ginger, a little salt and ice. A glass costs around 10 cents to 40 cents in New Delhi, says vendor Salman Khan.

He sells the sugar cane residue to farms where it's usually eaten by cows and other animals.

Citronnade, a sweet and slightly bitter traditional drink, is available on every corner in Tunisia. It's a real thirst quencher and many swear the lemonade is healthy, too, boosting the immune system, lowering blood pressure and regulating digestion. Some Tunisians even claim it's a slimming agent.

Made from pureed lemons, peels and still water, it also contains sugar, like most summer drinks. There are two camps when it comes to the recipe: Some Tunisians first boil the lemon mixture, and others do not. Add a few mint leaves or almonds and drink cold.

The Swiss reach for a Rivella when it's hot. Citrusy, with notes of nectarine, apricot and a bit of nuttiness is how one wine tester described the drink.

The recipe is secret, with the original drink unchanged since the family business was founded 70 years ago. You can now get variants with less sugar or fruity flavours. The secret is that Rivella is made based on milk serum. As cultural scientist Walter Leimgruber puts it: "Some people have the feeling that the Swiss have milk in their veins and not blood."