Quince, the 'yellow diamond' of Geyve, gets geographical indication tag 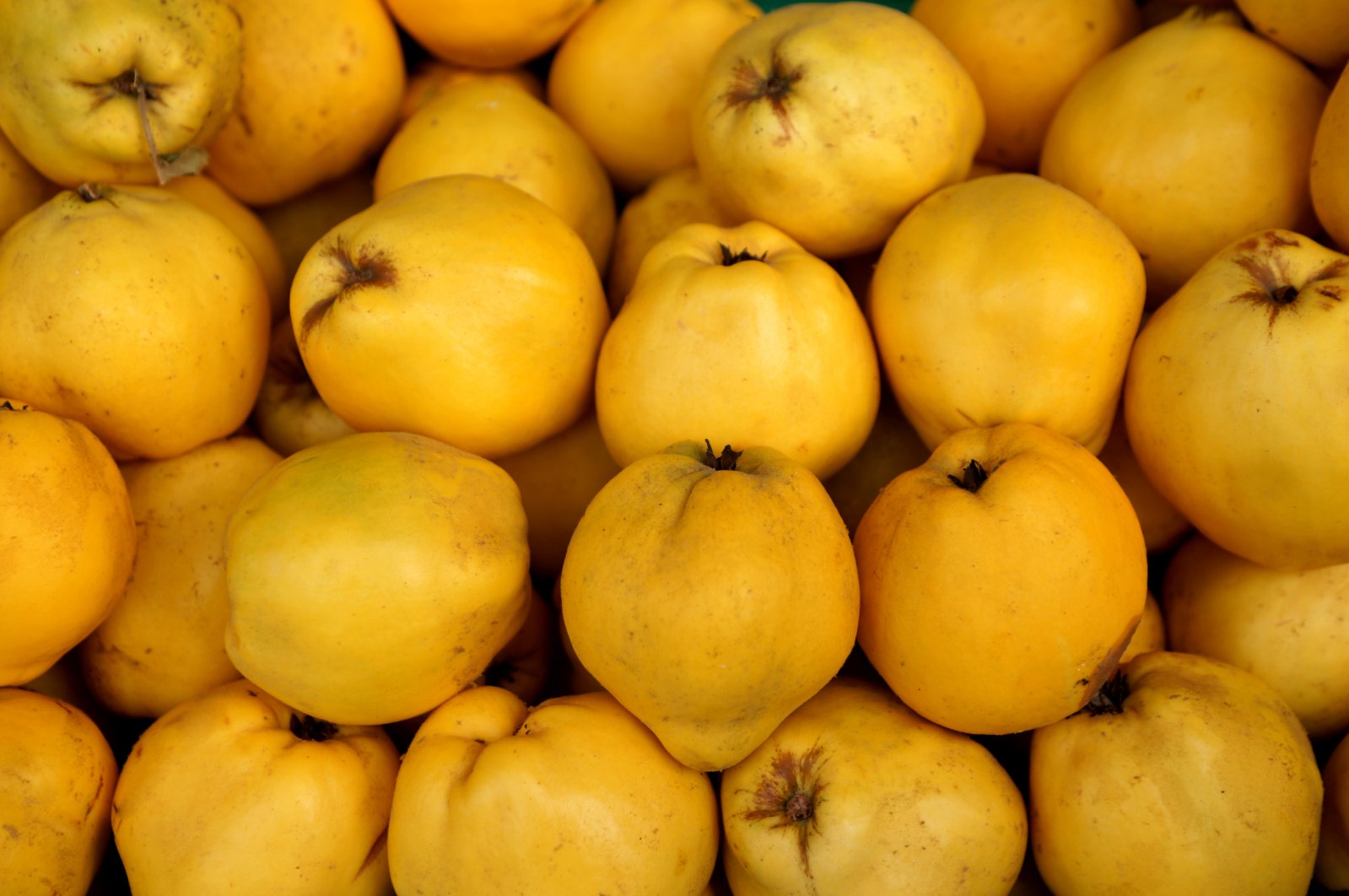 While most people's faces would pucker at the thought of eating quince raw, many Turks love to have some fresh slices of the fruit. (iStock Photo)
by DAILY SABAH WITH AA Jun 25, 2020 12:50 pm
RECOMMENDED

After a three-year wait, the quinces of Geyve, aka the "yellow diamonds" of northwestern Turkey, have earned their geographical indication (GI) mark, a type of intellectual property right which identifies a good as belonging to a specific territory.

The firm, tangy-sweet and juicy fruit is often mistaken for a pear because from the outside, they look pretty similar – a golden-yellow, slightly lumpy pome fruit. Quinces are also often thought to be a mix between apples and pears. Compared to both, raw quince has a grittier, grainier texture, and the kind grown in Geyve is preferred over other kinds due to its sugar-acid balance and juicy but solid flesh. In its raw form, you can see locals eat it on its own or with a squeeze of lemon and some salt sprinkled on it.

From quince-flavored syrups and juice concentrates to vinegar, jams, molasses and Turkish delight, the fruit is used in many different ways. Grown in Turkey's Sakarya province, quinces are exported to many European countries, including the Netherlands and Germany, as well as other destinations across the world such as Qatar, Malaysia, Japan and Russia.

Murat Kaya, the mayor of Geyve district in Sakarya province, said they will now apply to be on the European Union's geographical indication list so that the fruit can reach their markets more easily. The application to get this certification was initiated by President Recep Tayyip Erdoğan and Agriculture Minister Bekir Pakdemirli. The list grants protected status to the product and aims to promote and protect the names of quality agricultural products.

"From now on, our farmers will be able to sell this product as a geographically marked product in grocery stores and large markets," Kaya said. Kaya said they also plan to hold festivals to promote the fruit.

Turkish delicacies such as Antep baklava, Aydın figs and Malatya apricots are also registered and GI-certified in the EU.