Quintessentially fall: How to pick apples the right way this season 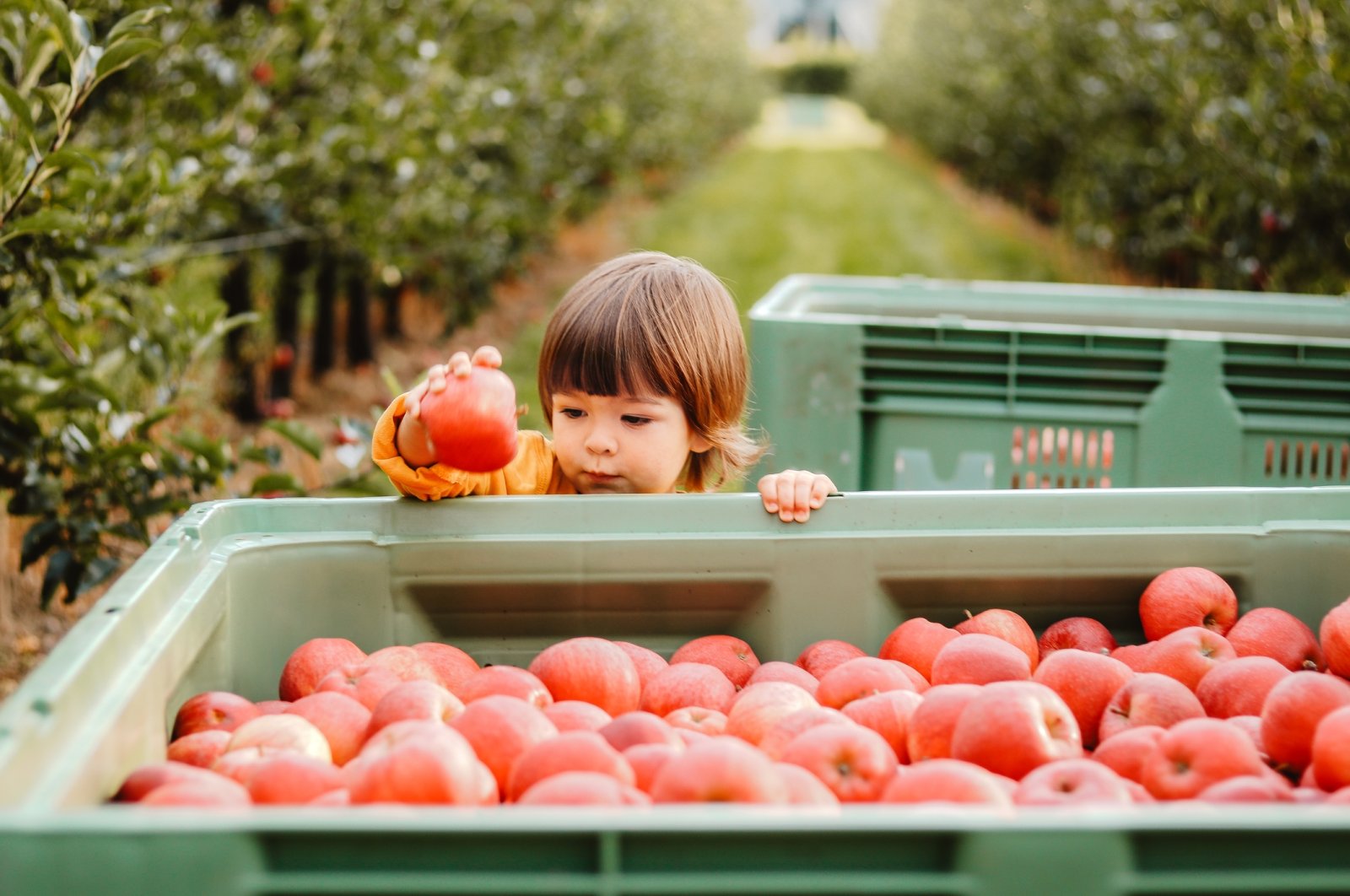 A weekend trip to your nearest apple orchard is a perfect day outdoors, especially for families with smaller kids. (iStock Photo)
by Daily Sabah with DPA
Oct 01, 2020 12:55 pm

When you see those red, yellow and green globes hanging from trees, the branches groaning under their weight as chilly breezes sway them ever so gently, you know it's fall, which means it's officially apple picking season. Apple picking is more than just a pastime for some; it is a time-honored tradition and quintessential fall activity for some families – along with raking fallen leaves and jumping into the colorful piles.

Though Turkey is famed for its Amasya apples, small, crisp and sweet, most of the country's apple crops come from the midlands in Anatolia and further down south, namely the provinces of Isparta, Karaman, Niğde, Antalya, Kayseri and Konya, where sights of families and locals going apple picking are more common.

But before you go yanking everything you can find in the orchard with excitement, remember that carelessly pulling the fruit away from the tree can cause damage to the apples, which may even spoil the entire harvest.

A common mistake most people make when apple picking is pulling out the stem of the fruit. This can lead to fungi growing in the damaged area, according to the orchard experts from Germany's Garden Academy in the Rhineland-Palatinate state.

Damage to the fruit will only cause the apple to rot, and this can then quickly spread to other, undamaged apples when you store them together.

Experts, therefore, advise picking each apple from the tree one by one – a tedious task but worth it in the long run. So, when picking, make sure to wrap your whole hand around the apple, putting even pressure on all sides and twist the stem by 90 degrees.

And be sure to avoid picking them with your fingers – this will cause them to bruise and your fingernails may damage the fruit.

Another tip would be to store separately the fruit that has fallen to the ground. As there is a good chance that they are bruised and will rot faster, the fallen ones could cause other apples to rot too.

One final warning: If you happen to come across some apple trees, or any other fruit tree for that matter, by the side of the road or a field that obviously belongs to a family, Turks believe that you are allowed to pick a single piece of fruit because you saw it and craved it. This is called "göz hakkı." But if you pick a whole bag full without asking for permission, you have officially violated their rights and property and are hence subject to “rightful due,” which is known in Turkish as "kul hakkı."