Riviera vs. extra-virgin: Picking the perfect olive oil in Turkey 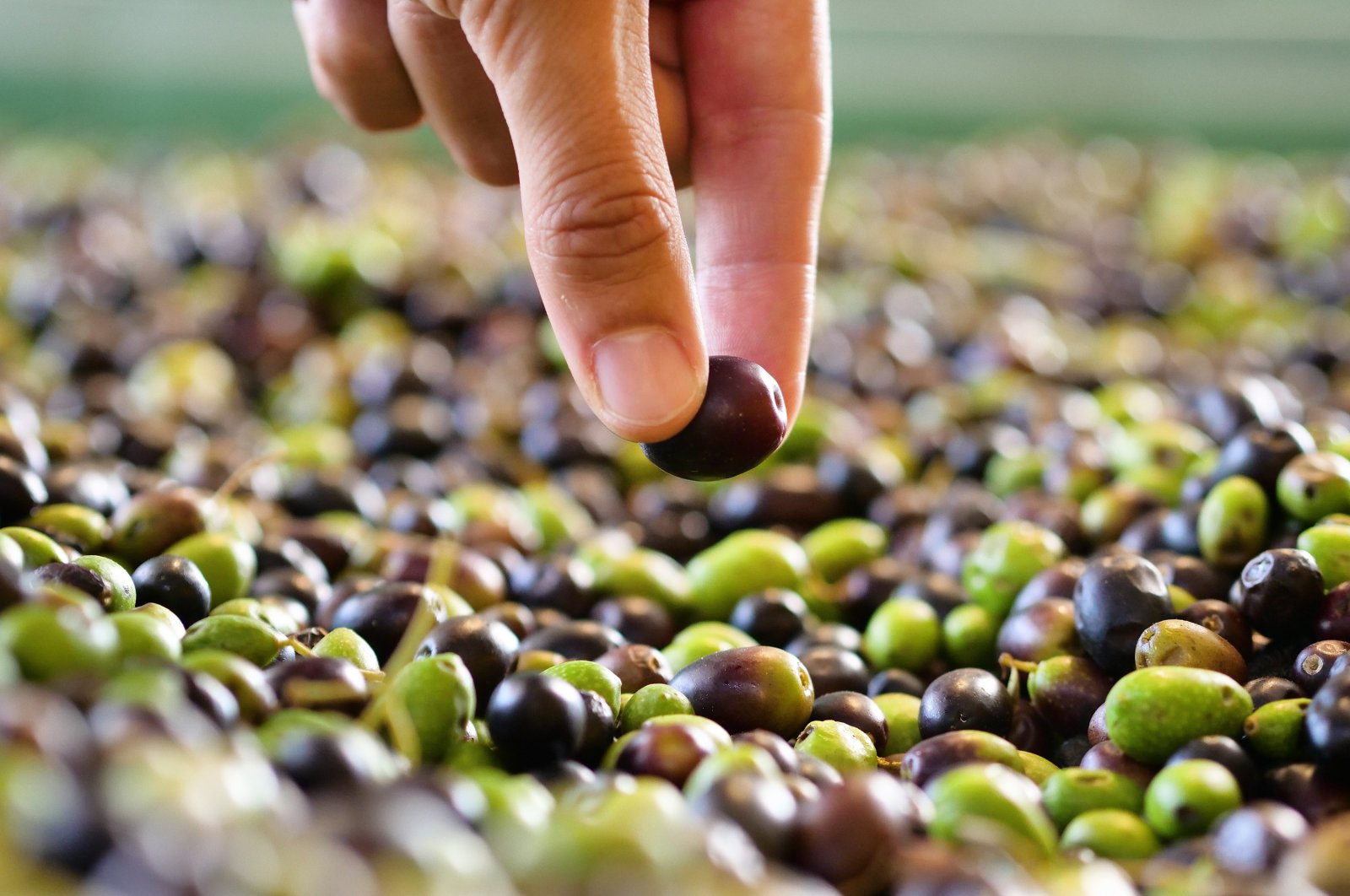 If picking olives to make oil, pick those with a light yellow color from the earliest harvest. (Shutterstock Photo)
by Leyla Yvonne Ergil Dec 17, 2020 12:40 pm
Edited By Yasemin Nicola Sakay

If you'd like to know more about the difference between grades of olive oil and are looking for inspiration on where to buy the best olives in Turkey, let this serve as a guide on this Mediterranean stone fruit

Turkey is one of the most prominent producers of olive oil in the world and certainly one of the oldest countries to cultivate olives. Olive trees have grown naturally here in Turkey for thousands of years, with some taking on the title of the oldest trees in Turkey.

It has always been a local tradition for villagers to pick and process the olives in the autumn months, and many villages also have their own traditional olive oil factories. In fact, one such factory in Milas in southwestern Muğla province that was transformed into a luxury estate recently hit the headlines of The New York Times. But other than such rare occasions, many olive oil factories still function and are used by locals to press the olives they have picked.

Olive oil is a quintessential product in the Turkish kitchen and is used quite frequently. There is even an entire classification of dishes in Turkish cuisine referred to as "zeytinyağlılar," which simply means, “those made with olive oil.” Olive oil is also used in soap and to extract other herbal remedies such as bitter melon. There are a wide variety of types of olive oil available in Turkey and so it is helpful to be familiar with some of the terms and processes involved in its production.

Types of olive oil in Turkey

The method used for extracting the oil from the olive is the key factor that determines the acidity level and nutritional content. The traditional method used in Turkey is extraction by stone, in which grindstones press the olives to release their oils. This is referred to as “taş baskı” and remains one of the most preferred methods of extracting olive oil. Cold-pressed, in Turkish “soğuk sıkım,” is another revered method in which the temperature is kept low during production to ensure nutrients such as polyphenols remain in the product.

More modern methods such as “continuous” production, called “kontinü (sistem),” are now more popular for efficiency; however the olive oil connoisseur will always seek out olive oil produced through less productive yet more authentic and nutrient-preserving methods. The downside in producing stone-pressed olive oil is that it uses up more olives and thus the cost of production increases. Hands down, the most sought-after olive oil deemed to be the highest class would be that of the “first-press,” meaning the first press of the earliest picked olives, which in Turkish is referred to as “erken hasat,” in other words, early harvest. Picked before the olives have fully ripened, this type of olive oil uses the most olives in the process and thus has the highest nutritional value possible.

Admittedly, the list of top olive oil producers in Turkey varies from year to year, thus there are other highly esteemed olive oil brands that may not have made this year’s list but are still timeless classics. Kürşat, Selatin, Hiç Reserve, Tlos Olive, Yerlim, Cömert and Laleli are other esteemed brands, with the latter also offering a wide range of infused olive oils with flavors such as bergamot, basil and anaseed, to name just a few. But don’t fret, as the tried and true classic olive oil producers such as Marmarabirlik, Tarış, Komili, Kırlangıç and Yudum are also healthy and delicious affordable options. Many of the olive oils produced by these brands are from the olives handpicked by villagers in Turkey’s Marmara and Aegean regions.

While many brands have tasting and gift shop facilities at their headquarters, which make for a wonderful shopping and even dining outing, there are a number of impressive olive oil museums in Turkey that are educational and quite interesting to visit. Luckily most are located near popular vacation destinations, offering an ideal excursion during a holiday.

Dubbed the world’s largest olive oil museum, Köstem Zeytinyağı Müzesi, which is located in Urla’s Uzunkuyu district in western Izmir province, has exact replicas of all of the styles of production machinery that have ever been used in Turkey. The museum also offers a variety of educational and wellness classes geared toward children and adults, and plans are also in the works to turn the second floor of the already impressive building into a soap and sanitation museum.

Located in Küçükküyü, Çanakkale province, in northwestern Turkey, the Adatepe Zeytinyağı Müzesi is a two-story impressive display of 200 products involved in olive oil production. The complex also houses a cafe and a spectacular store with a vast range of olive-related items.

Oleatrium is an olive and olive oil history museum located at the Yerlim brand’s Değirmenci farm in Kuşadası in western Aydın province. The farm itself is expansive with a variety of animals, gardens, ponds, a cafe and a shop, and the museum is just as impressive and makes for a great day trip for the entire family.

Three years ago, a 300-year-old olive oil factory in Hatay’s Altınözü district in southern Turkey was restored and transformed into an olive and olive oil museum equipped with displays of traditional olive oil pressing methods, a shop and a film-screening room to show informative videos on the practice.