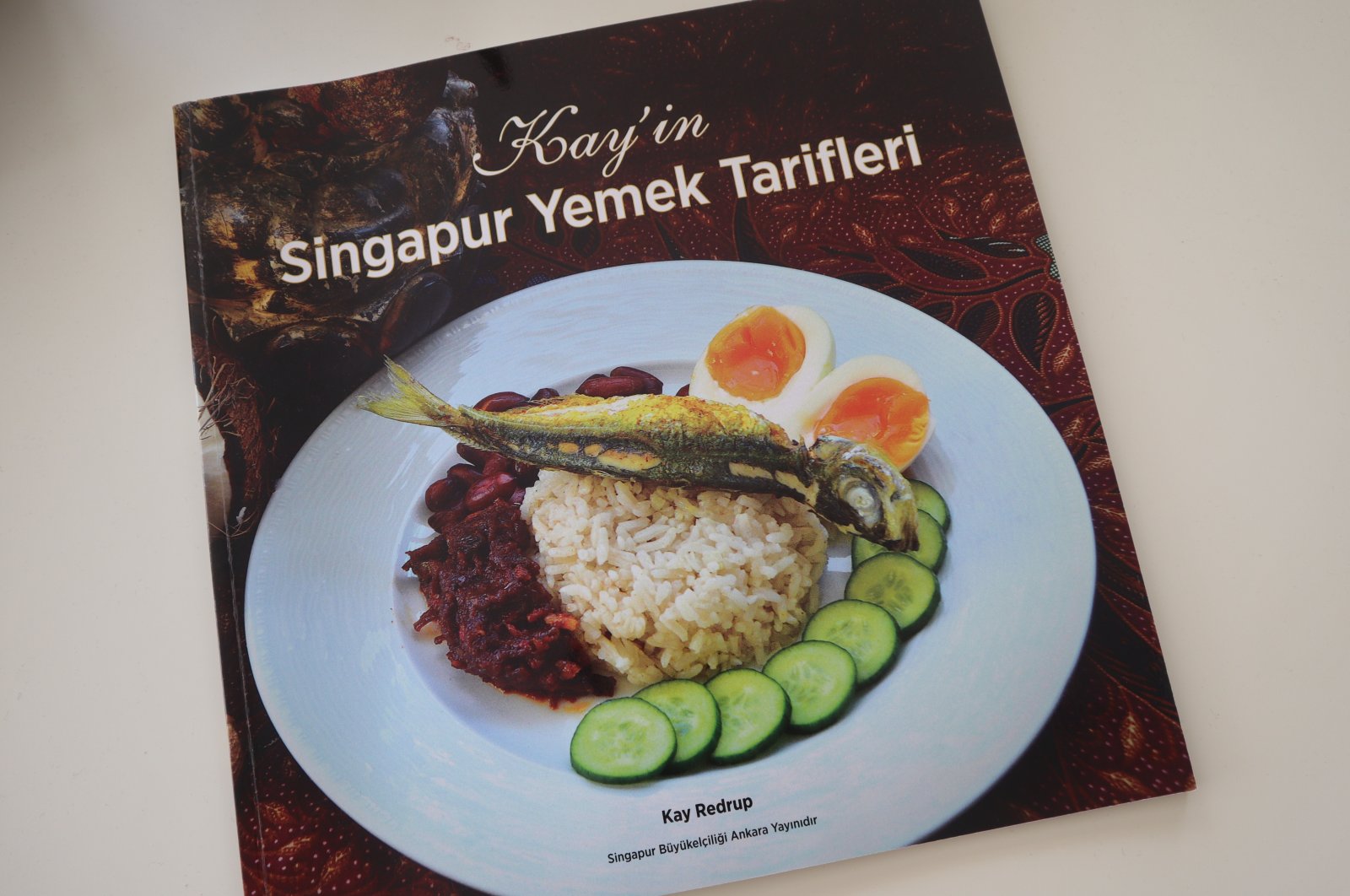 The Singapore embassy in the capital Ankara has launched a cookbook featuring Singaporean dishes – a cuisine uncommon in Turkey – with recipes that can be entirely made with ingredients easily found in Turkey.

"Kay's Singapore Cookbook" by Kay Redrup, who was born in Singapore and has been living in Turkey since 1991, was launched by Singapore's Ambassador Jonathan Tow on Sept. 18 at his residence during a dinner serving a menu by Kay of a selection of dishes featured in the book.

The main dish constituted of Hainanese Chicken Rice, which resembles a Turkish dish called "Tavuk Pilav" but is served with ginger-garlic chicken stock as well as chili and spring onion sauce and made using a different cooking technique.

Guests, who included restaurateurs, chefs, social media influencers and journalists, were presented with the book while the embassy also considered making it available for all food lovers out there.

Kay explained that she learned to cook with alternative recipes when she started to live abroad, with the United Kingdom as her first destination.

"We longed for our food from home. We became foragers, we called ourselves alchemists because we were creating food from what we could find and tried to get the same profile, taste and texture."

"When I came to Turkey in 1991 again, I faced the same situation. How was I going to cook the food I loved, I missed? I take ingredients, and I make them work here," she added, saying that determining the 10 recipe choices for the book was a difficult feat given Singapore's unique ethnic tapestry, intertwining Chinese, Malay, Indian and European influences, which is reflected in its culinary variety.

"I wanted everyone to be able to cook the food that I loved.

Many iconic dishes were created through the intermingling of people in Singapore, arguably the crossroads of Asia, leading to a diverse yet distinctive food culture that is uniquely Singaporean. As such, Kay went through a long list of Singaporean dishes, reworking, retesting and tasting them to arrive at the 10 recipes featured in the book.

Kay's kitchen in Cihangir became a testbed as she cooked her way through various dishes, debating which recipes would appeal to the Turkish palette and, more importantly, come up with a version where ingredients could be readily sourced locally. The illustrations of the ingredients featured in the book were drawn by Sera Yunzi Press, a Singaporean living in Turkey.

Eating is a Singaporean obsession and national hobby. Given the dizzying array of delicious cuisines available around the clock, it should come as no surprise. Singaporean cuisine is a smorgasbord that showcases the rich multicultural and multiethnic heritage of the nation. In recent years, Singapore's food culture has gained growing international recognition.

In 2020, Singapore's hawker culture was inscribed on the UNESCO Representative List of the Intangible Cultural Heritage of Humanity. The UNESCO recognition highlights how hawker centers have played an integral part in promoting Singapore's food culture and sense of community and, in some ways, serve as a living testament of the cultural melting pot that Singapore represents.