Tarhana: How to make the world's healthiest instant soup 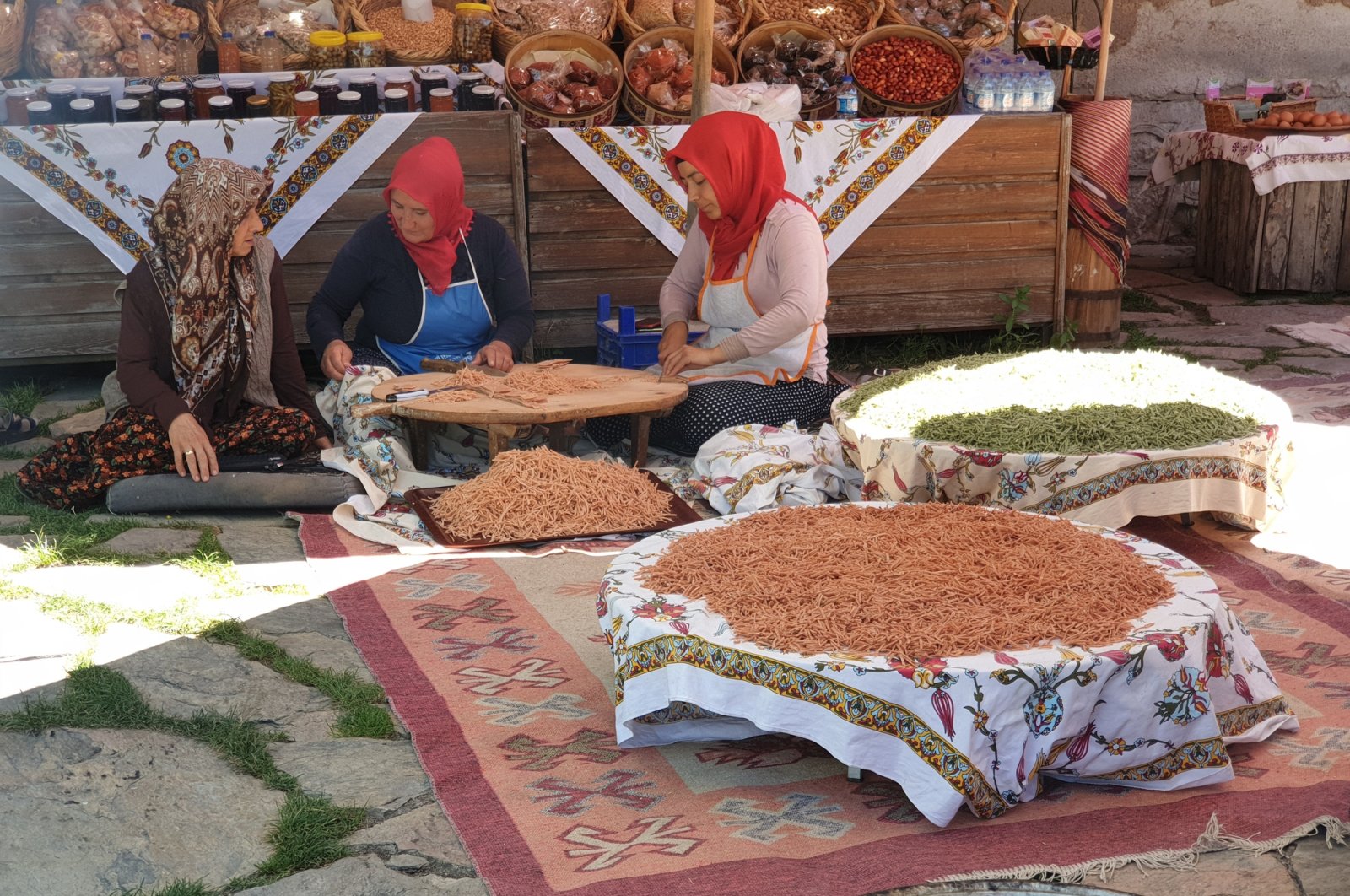 If you are looking for a DIY food project that is as nutritious as it is traditional, why not have a go at making your own tarhana, and perhaps keep it jarred for a quick probiotic-rich, vitamin-filled soup for the cooler months?

Boil some water, toss in the ingredients in the package, let it boil and you have yourself a soup – that’s what instant soups promise at least. The taste is debatable, but people like the convenience of it. Instead of the sodium-filled, artificial kinds perhaps it's time to turn to something more nutritious and natural: tarhana, the world's oldest "instant" soup mix to have originated from central Asia.

So what is this thing called tarhana? Tarhana is essentially a fermented cereal-based product that is a flavorful mixture of yogurt, flour, yeast, different vegetables, herbs and spices. It is made mostly from produce collected and harvested over the summer, which is then cooked, dried and crushed into fine pieces to create a delicious soup.

The beauty of this soup doesn't stop there. Not only is it a probiotic powerhouse thanks to its fermented ingredients, but tarhana is also a great source for protein, vitamin B, calcium, iron, sodium, potassium, magnesium, zinc and copper.

While there are many versions of this traditional delicacy out there and many claim to be the originators of the tasty soup (as is the case with the Greek "trahana"), we'll be focusing on the way Turks traditionally prepare it and later turn it into some soup.

How do I make tarhana itself?

Cut your tomatoes and onions into small pieces and de-seed your red peppers before chopping them as well. Put these into a pot and add the cooked chickpeas to them. Cook until everything has softened. If the liquid from the tomatoes is not enough, add a bit of water while cooking.

Once sufficiently softened, add the mint and parsley to the mixture and run it through a food processor or blender. To get rid of excess water use a sieve with a thin cloth.

Now, add the yogurt and the salt, gradually also adding the flour until it forms a soft dough. If the pot is not big enough to accommodate the dough, transfer it into a deeper bowl to let the dough rest for several days while closing off the bowl or pot with a cloth. The dough should be kneaded through, at least twice a day to air it through. A minimum of two days is required to get the sour taste of the soup, but depending on the air temperature and your taste preferences, the dough can be let to rest for up to seven days. Usually, three days is the norm.

Once the dough has soured sufficiently, it should be let to dry out in a place with no direct sunlight but good airflow. Spread it onto a clean surface, such as a thick cloth or baking paper, in small blobs to let it air dry. Once the blobs start to dry and the middle parts are still kind of moist, the tarhana can be run through a processor or broken down into a sand-like texture by hand. Do this before the tarhana dries out completely to avoid hard, unbreakable chunks. If desired, the broken pieces can be run through a sieve and run through a processor again.

The sand-like soup base should be let to dry out completely in a shaded place before being used in soups. While many store tarhana in a cloth, a glass jar in a dry and dark environment will be the best and safest option.

The consistency of the dough will vary depending on how watery the tomatoes are and the kinds of other vegetables used. Creating a soft dough is essential as adding too much flavor is not desired, hence the 1-kilogram margin in the ingredients table.

Many like to add hot peppers in as well, so don't be afraid to experiment with different flavors and vegetables.

How do I cook tarhana soup?

As long as it takes to make the actual tarhana itself, cooking the soup is much easier and quicker. Many women sell their own tarhana at bazaars or you can easily purchase some at grocery stores. No tarhana soup will taste like the other, but here’s how to make a soup of it:

Put the dried tarhana into a bowl of your choice and pour some hot water or broth over it, making sure it is dissolved completely.

While that softens, add the oil, tomato paste and garlic to the pot for the soup and lightly sautee them.

Pour the dissolved tarhana liquid mixture into the pot and add the seasoning of your choice. Add more water or broth depending on how thick you want your soup. Don't forget to stir constantly. Let it boil and then simmer for a few minutes. Then turn the heat off, top of with some dried mint and serve!

The amount of tarhana mentioned here is my preference. The more you add, the thicker and more intense the taste will be. If you have never made this soup, start out with this amount and work yourself up to using more.

Garlic is, of course, optional but slightly roasting the cloves gives a great and subtle flavor.