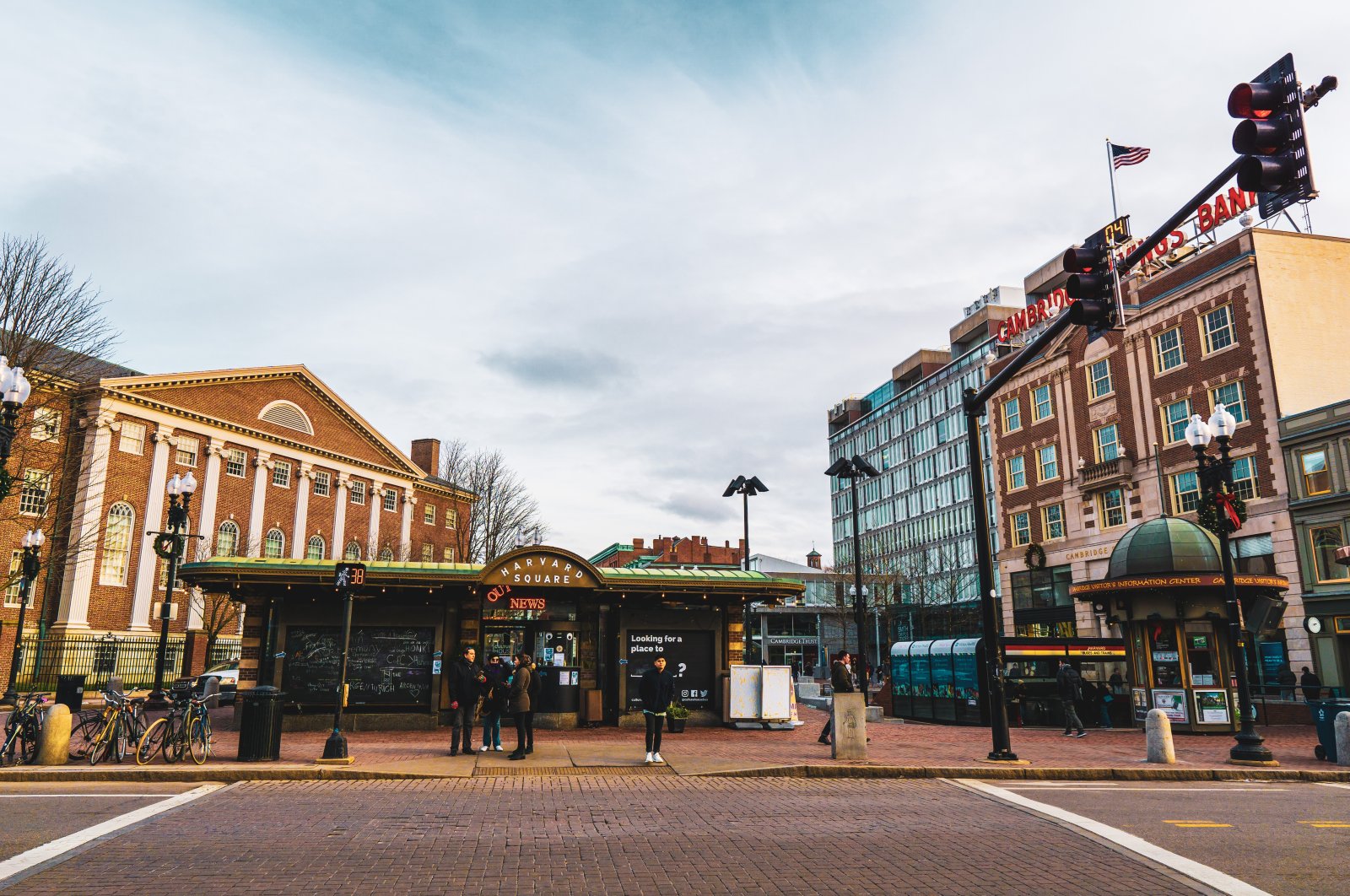 The Eastern Mediterranean fusion restaurant Oleana in Cambridge, Massachusetts, blends the elements, ingredients, styles and palates shared between Turkey, the Levant and Greece with a borderless sensibility

As springtime in America unravels the tangled knots of a winter of unrivaled hardship, its cities are able to awaken anew with the lightness of movement as its people step onto such fresh ground of unprecedented regeneration. While the world as a whole is embattled by the ongoing difficulties of pandemic restrictions, more and more people in the Boston metropolitan region are breathing air unfiltered by paper or cloth, and converse liberally at a wealth of establishments that effectively bring the world's cuisine to the shores of New England.

After transplanting a kitchen across continents, oceans and cultures, the food is liable to taste differently. The phenomenon is comparable to playing music for a foreign audience who would react in their own way. Over time, especially if playing to a limited set of listeners, the musicians might aptly change the nature of their performance. A kitchen, in that sense, is an ecological space, tied intimately with the fertility and harvest of its local lands as to the social milieus of the greater community it serves.

Oleana, in Cambridge, is, like its sister business, the cafe Sofra, a metaphor for the integration of those people who embrace the roots of the recipes as their own. The balance between authenticity and mixture has always been at the forefront of broader issues pertaining to immigration, for example, but, at the same time, have a lucid microcosm in the culinary world. Oleana prepares a menu that would tease the tastebuds of everyone from multigenerational Bostonian to a Turkish tourist in Bean Town.

The dishes prepared at Oleana are hearty explorations of that popular overlap where Turkish, Greek and Arab food intertwine. More, there is a tastable and visual house aesthetic at Oleana, in its chorus of herbs and spices flecked lavishly across a course of savory appetizers lathered and doused in varieties of yogurt sauces and colorful spreads that bring together mashed and whipped transformations of nuts and produce, cheeses and fruits. To identify an exclusively Turkish tradition is complicated, but not impossible.

For one, the cold meze options include an item called “Turkish Green Olives,” which is a deceptively simple name for what, in fact, adds a seemingly subtle but especially powerful demonstration of the mutually enhanced spectrum of flavors that emerge, vibrantly, out of an otherwise common side. With the combination of Levantine "shanklish," an aged and dried thyme-laced bluish cheese, and sliced almonds, the salty, sweet taste of these fresh olives alone is enough to feel nourished and happy.

To test the waters

The signature of good cooking is like art in that it survives on the edge where risk is mitigated by nodes of familiarity, that, on their own, would bear the costs of overcomplicating the basic, everyday need to eat. Oleana’s kitchen, however, appears to brave the sharp corners with its manifold passionate gestures of culinary creativity, which, in the subtext of fusing their exotic diversity of ingredients, show just how harmoniously these cultures do coexist, if only on the plate.

In every exquisite bite at Oleana is the potential to imagine, even appreciate, the peacetime fruition of these respective agricultural heritages. With a studied eye, roaming the expansive and intricate menu at Oleana, the presence of Turkey's distinctive contributions to the contemporary Eastern Mediterranean palate is almost completely subject to the metamorphoses of cross-regional products like feta, pita, pine nuts, tahini, hummus, and Myzithra cheese (famously derived from Cretan goat or sheep culture, similar to ricotta).

It could be argued that even if Oleana does not have a thoroughly mainstream selection of Turkish favorites, its approach to encompassing a wider swath of culinary geography imbues very Levantine recipes with the richness of Anatolian generosity. That is the case with the “za’atar bread," as its crispy baked exterior is utterly suffused with the flakes and aromas of the spiced herbal blend, often with hyssop, sumac, sesame and salt. American Turkish cuisine is generally the result of Turks living alongside post-Ottoman Lebanese and Greek immigrants.

While the accompaniment of goat’s milk "labne" cheese spread is characteristic to how za’atar-bold bread is eaten from the streets of Beirut and Tel Aviv to the mountain valleys beyond Byblos and Tripoli, its pairing with tomato jam is a contemporary twist that recalls the diversity of preserves traditional to any Turkish breakfast. At Oleana, the bread is as good with evening fare as it would be to start the day. An intriguing nod to Turkey's multicultural kitchen as it has developed in the Boston area is found in the cold meze, “topik.”

Inspired by its Armenian origins, the Lenten holiday appetizer is a vegetarian meatball in the same way that Turks prepare köfte with cooked lentil mash. The coalescence of currants, tahini and arugula is tantalizing within the stuffed potato that anchors the organic medley to tradition but does not hold it down. With six cold options and 10 hot, the promise of each meze’s compliment to every other is practically unlimited. And the difference between hot and cold is just one aspect of the menu's total resonance.

In Turkey, an affordable and convenient place to eat is often at a buffet-like diner known as a “lokanta,” where easy recipes are as wholesome as they are bountiful, doled out in heaping helpings. Among their favorites are variations on beans in an array of sauces, whether as strings, pods or broad. Oleana has adapted one guilty pleasure from the “lokanta” playbook with gourmet panache. Spare by amount, but strong in quality, the well-attended restaurant's “Baked Gigante Beans” are served with a nettle purée, a glorious spin on greens that, in North America, are gathered as a wild edible, sometimes made as tea or eaten raw.

The conversion of a quotidian meal intended for mass consumption into a tasting delicacy is part of the fun at Oleana, where the "Baked Gigante Beans" are rounded out with a feta-infused polenta. Other directly Turkish adaptations are a "Sweet Potato Dolma” stuffed with “Kasseri" cheese (an alternately transliterated appellation after the dairy farms of Kayseri) and lamb moussaka for a Grecian air. There is a kebab made with Vermont quail, and the unmistakably Ottoman tamarind-flavored beef dish known as “Sultan’s Delight."

The desserts top off any course of mezes at Oleana as they would after a feast somewhere down the alleys of Istanbul, where sweet shops fill clear cups and eager bellies with chocolate profiterole. The creamy finale is textured with Middle Eastern dash, lined with halvah and cashews, and serves as an appropriate finale to an evening in which the sharing of food is both symbolic and literally representative of what culinary treasures emerge from the kitchens of multicultural communities who, for generations, have lived and eaten together.