Turkish desserts that will warm your heart this winter 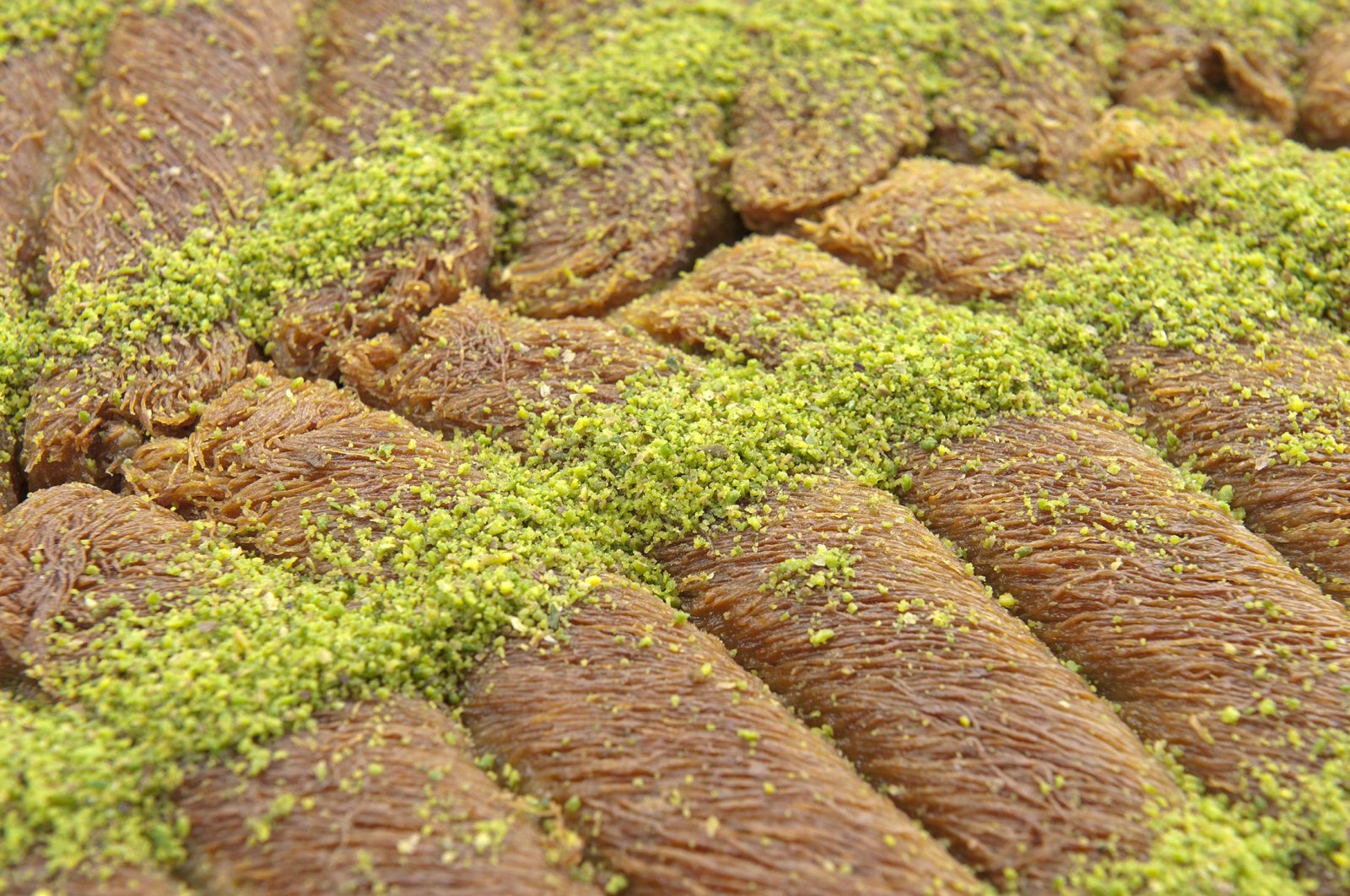 The colder fall and winter months are the optimal time to try some of Türkiye’s wonderfully sweet and rich desserts to treat yourself, lift your spirits and gain some energy as the temperatures drop

While most visitors will be familiar with the syrupy baklava variations and powdery Turkish delight that Türkiye’s cuisine is famed for, there is actually a whole array of deliciously satisfying desserts that are more prevalently consumed in the winter months. While these desserts are nutritional in nature, they tend to be heavier, which is why they make a more visible entrance when the sweltering summer season comes to an end.

Check out this list of the most popular and delicious Turkish desserts you should try this winter.

The term "kadayıf" is a name given to a number of Ottoman desserts that are doused in the signature sugary syrup applied to baklava. Ekmek kadayıf is a bread pudding version served with clotted cream. Sometimes the bread pudding contains a custard at the center, at other times it can be covered with crushed pistachios or walnuts. Yassi kadayıf is a palm-sized, crescent-shaped fried dough made with semolina, doused in syrup and decorated with crushed nuts. Tel kadayıf is kind of like a baklava-sized piece of pie, except in this case, it is made from tel kadayıf, which is also the name given to semolina baked into thin string-like strands of pastry dough.

Turkish cuisine actually has an interesting array of cheese-based desserts that are both slightly savory and sweet, some drenched in syrup and others served in more of a pudding format such as the respective desserts künefe and hoşmerim.

Künefe is a dessert that is popular throughout the Middle East and can be found at many meat restaurants and pide places throughout the country. Most notably hailing from Gaziantep, Türkiye’s culinary capital, it is a round, cheese-filled dessert enclosed in layers of finely spun pastry (tel kadayıf) soaked in a sweet syrup that is baked in an oven and served golden and crispy with melted cheese oozing from the center.

The cheesy dessert höşmerim, which is popular in the Aegean region of Türkiye, is also referred to as “peynir helvası.” Served in a pudding-like consistency, this dessert is prepared with just three main ingredients: unsalted cheese, semolina and sugar. It can also be topped with ice cream, honey or ground nuts.

The word “helva” is used in a number of varied desserts, from the aforementioned peynir helvası to irmik helvasI and tahin helvası. In general, Helva refers to a thick mixture of flour, semolina, seeds or nuts. In irmik helvası, semolina is melted into butter and milk with sugar and pine nuts until it becomes similar to a dry porridge that is served with a drizzling of cinnamon over the top. In tahin helvası, tahini is blended with flour and sugar and shaped into a block. A real treat is “fırında tahin hevlası,” which is a dessert in which tahini helva is melted down and almost crystallized, reaching an oozing mousse-like consistency that is dug into with pieces of Türkiye’s signature somon ekmeği, which is a freshly baked white loaf of bread.

Sometimes prepared with a thin pastry sheet of phyllo dough folded over and resembling a crepe, while at other times it can refer to layered thin crepes on top of each other, either way, Katmer is a delicious dessert that oozes with syrup and the ground pistachios it is covered in.

Burma tatlısı are long, thin, flakey phyllo pastry stuffed tubes with crushed nuts doused in a syrup. It is a form of baklava served in dessert-sized portions and can be stuffed with walnuts, hazelnuts or pistachio and even künefe cheese.

One of Türkiye’s most traditional desserts güllaç is most customarily consumed during the month of Ramadan. Thin layers of phyllo-like flakey sheets referred to as güllaç yaprağı and made from starch and flour are soaked in milk and rose water and layered with pomegranates and crushed walnuts. What results is a creamy combination of custard and baklava.

The most popular Turkish desserts served up in households nationwide and in most traditional restaurants, dessert shops and patisseries are pudding-based desserts. From sütlaç to the intriguing tavuk göğsü, kazandibi and supangle, these are the most classic Turkish desserts. I remember going out on cold winter evenings to the local “muhallebeci,” which means “pudding shop,” with my father who would have a different pudding each night, while I stuck to the chocolate-pudding supangle.

Sütlaç is rice pudding seasoned with cinnamon vanilla and raisins. Tavuk göğsü, which translates into chicken breast, is made from thin threads of chicken breast mixed into a custard, while Kazandibi is traditionally tavuk göğsü with a layer of caramelization on top. Supangle on the other hand is a chocolate pudding that usually has a piece of cake or profiterole-like pastry at the bottom of the bowl.

Mozaik pasta ("pasta" meaning cake in Turkish) is a classic easy cake that has become a tea-time custom here in Türkiye and is easy to make as well as to transport to potluck parties. In this no-bake cake, butter is mixed with cocoa powder and milk and crushed petit beurre biscuits. Shaped into a mold and chilled, when sliced int the broken-down biscuits resemble mosaic art.

Aşure definitely tips the scale from simplest to most complicated, as this traditional dessert known in English as Noah’s Pudding contains nearly every ingredient one could imagine in the category of nutritional desserts. Symbolic of abundance and prosperity, this dessert has a special day each year – this year was on Aug. 8, next year it's on July 28 – in which it is prepared by households and distributed to neighbors, family, friends and the community. The custard is made of chickpeas and white beans, rice and wheat grains, then dried apricots, figs, raisins, currant, almonds, hazelnuts and walnuts are blended in the mix which is topped with ground pistachios and pomegranate seeds.

What could best be described as an airy donut-hole, lokma are fried little balls of dough that are drenched in a sweet syrup. These little balls are fried up by the hundreds for special ceremonial events and are distributed for free as an offering. These ceremonies are called “Hayır,” which could be translated as beneficence. They are a distribution of food, and in this case lokma, in honor of being grateful for something or someone or to commemorate a beloved. In practice this could be sending someone off to the army, after a circumcision ceremony, getting engaged or remembering someone on the anniversary of their death. According to tradition, these scrumptious little balls of golden heaven are distributed and those who partake offer up a “Hayır” prayer.