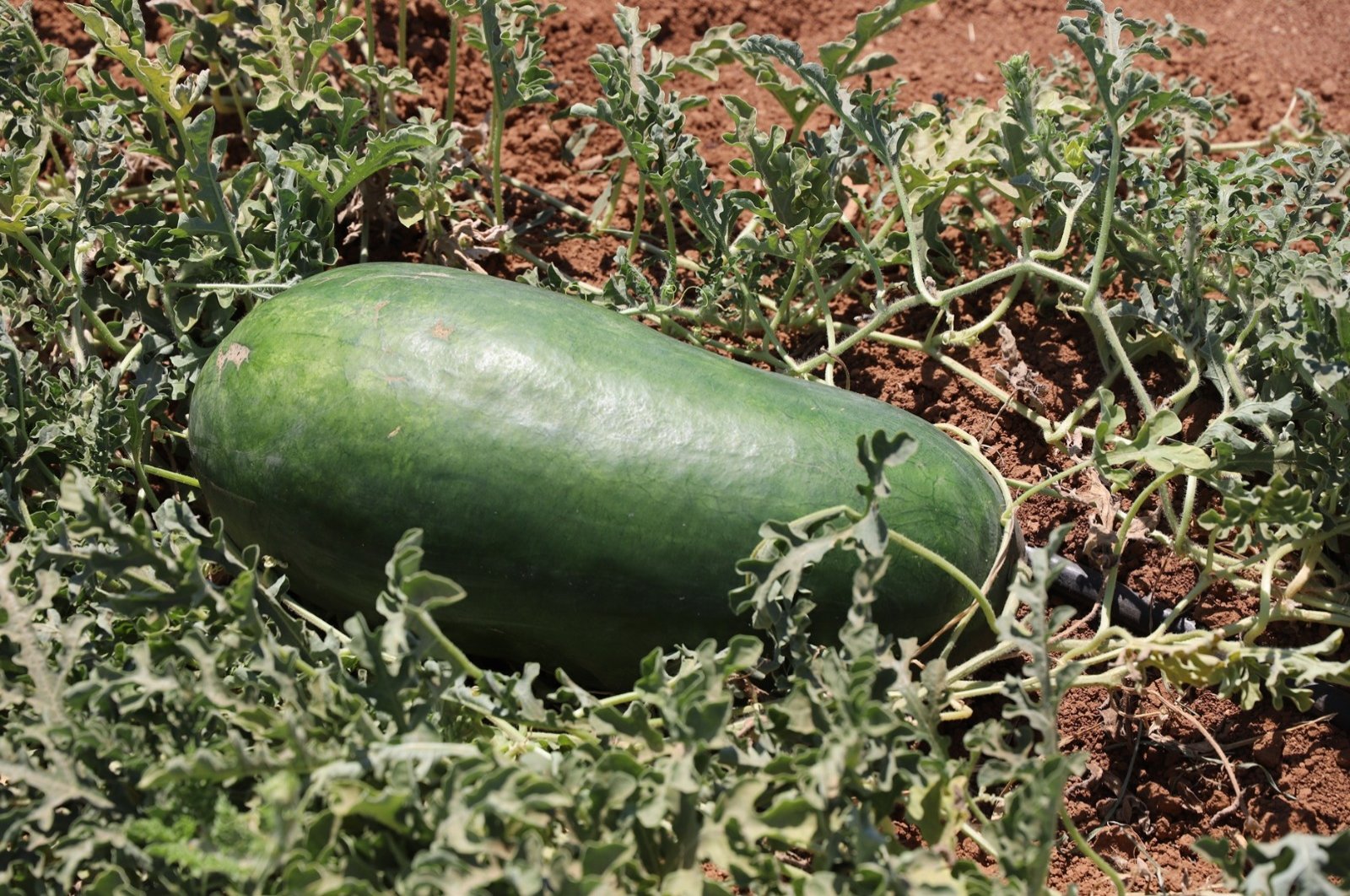 The tat karpuzu of Şanlıurfa looks and tastes different than the watermelons of Diyarbakır. (DHA Photo)
by DAILY SABAH WITH AA Jul 16, 2020 11:30 am
RECOMMENDED

The juicy watermelons of southeastern Diyarbakır province may be famous all over Turkey, but the neighboring Şanlıurfa province is now looking to share the limelight with a special type of watermelon unique to the area.

Şanlıurfa’s Karaköprü Municipality recently announced that it is working to preserve "tat karpuzu" and has applied to relevant authorities to get it certified with a geographical indication (GI) tag.

Tat karpuzu is a type of watermelon that has been grown in Karaköprü and the surrounding region for centuries. Some say its history dates back to before Göbeklitepe, the oldest temple in the world. The watermelon, which grows much larger and longer than a normal watermelon and can sometimes look like a giant zucchini or cucumber, is an important part of the local history and tradition. With one shade of green on the outside, the inside of the tat karpuzu is pink and much sweeter than regular watermelons.

Stating that Karaköprü is an agricultural town with many unique local agriproducts, Baydilli spoke about the importance of preserving local products.

“We have obtained a geographical indication registration for pomegranates, the symbol of Karaköprü, and now we are working to obtain one for tat karpuzu, which grows in the villages of Tatburç and Yoğunburç in our province,” he said.

“We are working with our university, provincial agriculture directorate and GAPTEM to register the reproduction of tat karpuzu, which has a unique taste," Baydilli said.

Çelik said the unique product from Karaköprü should be preserved, underscoring that getting local products registered was of great importance both for locals and for Turkey as a whole.

Provincial Agriculture and Forestry Director Çakmaklı said getting the watermelon registered would contribute significantly to local production and help out local farmers.