What to do with sprouting potatoes? Try planting them 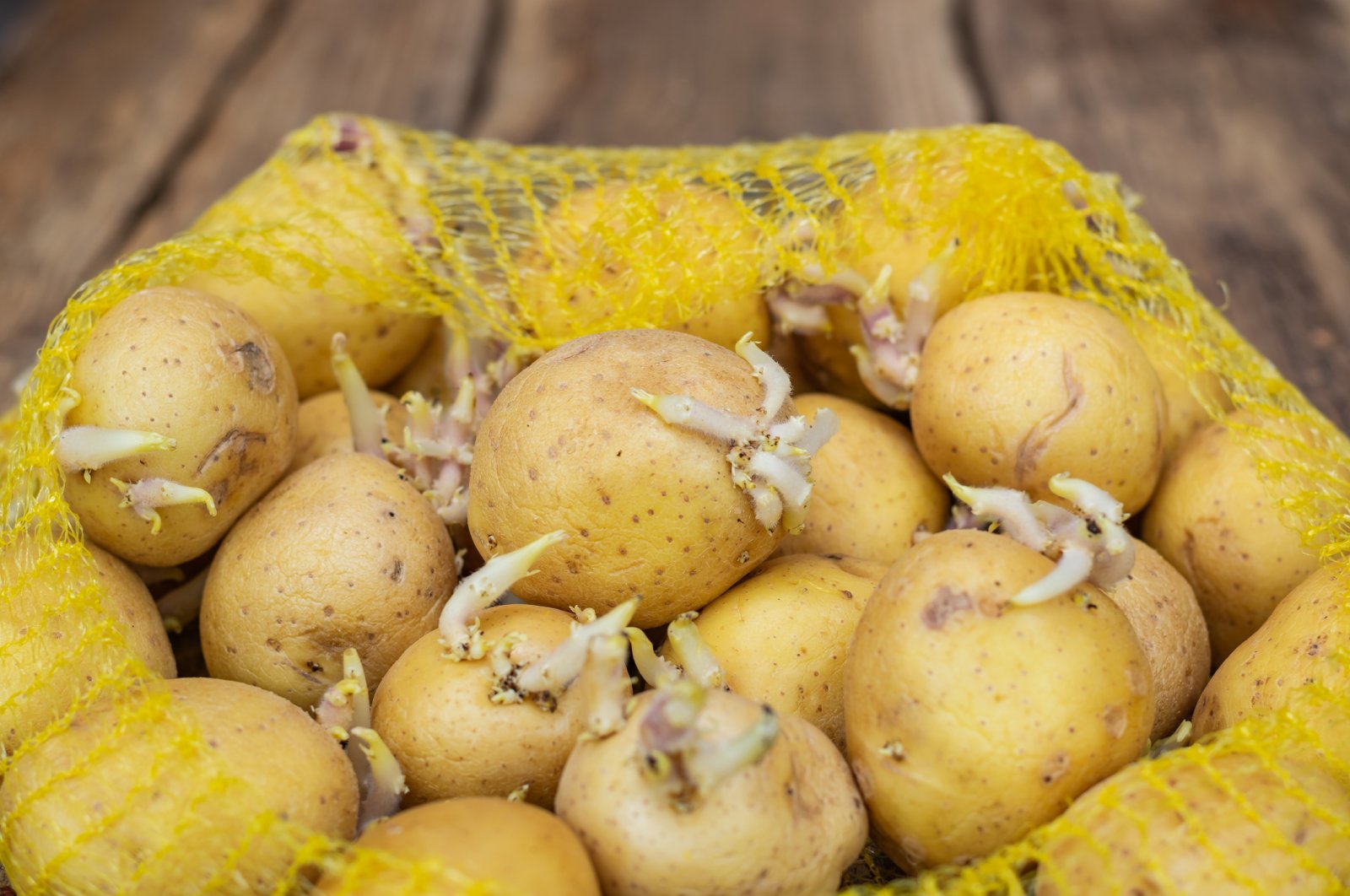 If you have some potatoes that are beginning to sprout, simply plant a piece in the ground or in a roomy pot. (iStock Photo)
by German Press Agency - DPA Mar 22, 2020 12:30 pm
RECOMMENDED

First you buy potatoes, planning to cook them tomorrow or maybe the next day; then all of a sudden they've sprouted. Once those sprouts are more than 3 centimeters (1 inch) long, you shouldn't eat them as they might contain solanine, which is poisonous.

Not to worry, though. These potatoes can still have a useful life ahead of them as the basis for your next harvest. The tubers of last year can develop into new plants – a fact known to potato farmers, who always set aside a small part of their harvest to replant the following year.

It's best if the tubers presprout in the light rather than in the darkness of a cupboard. But spuds stored in the kitchen can also be used, the trouble is only that dark sprouts can break off easily as often, they're long and thin. "You have to handle them quite gently," says gardener Svenja Schwedtke.

Those who plan to let their potatoes germinate should get started in March and place their seed potatoes in boxes next to each other, ideally at room temperature, around 15 degrees, says Schwedtke. "If they get enough light, the potatoes can develop thick, robust sprouts that are less likely to break off when you plant them than the thinner, darker sprouts."

Gardeners can also plant the potatoes straight in the garden, just like potatoes that haven't sprouted. "When you plant the sprouted seed potatoes, the ground temperature needs to be about 7 degrees (44.6 degrees Fahrenheit)," says Schwedtke. If the spuds haven't sprouted yet, wait until temperatures have reached about 10 degrees. If you're dealing with sprouted potatoes, you can plant them outside sooner and they will also be ready to harvest earlier in the season.

Plant the tubers some seven to 8 centimeters deep in the soil, with about 70 centimeters between each one. There should be a space of between 30 and 40 centimeters around each individual potato. "One potato per hole," says Schwedtke. If you don't have enough of them, then half is all right, too. "They should have plenty of eyes and sprouts though," she says.

If you don't have a garden, no fear, you can also plant potatoes on the balcony or the patio. "Take a 20- to 30-liter tub for each plant," Schwedtke says. "It should have a draining hole in the bottom so water doesn't collect. And put it somewhere sunny."