#FreeBritney: Why Spears' conservatorship is so controversial 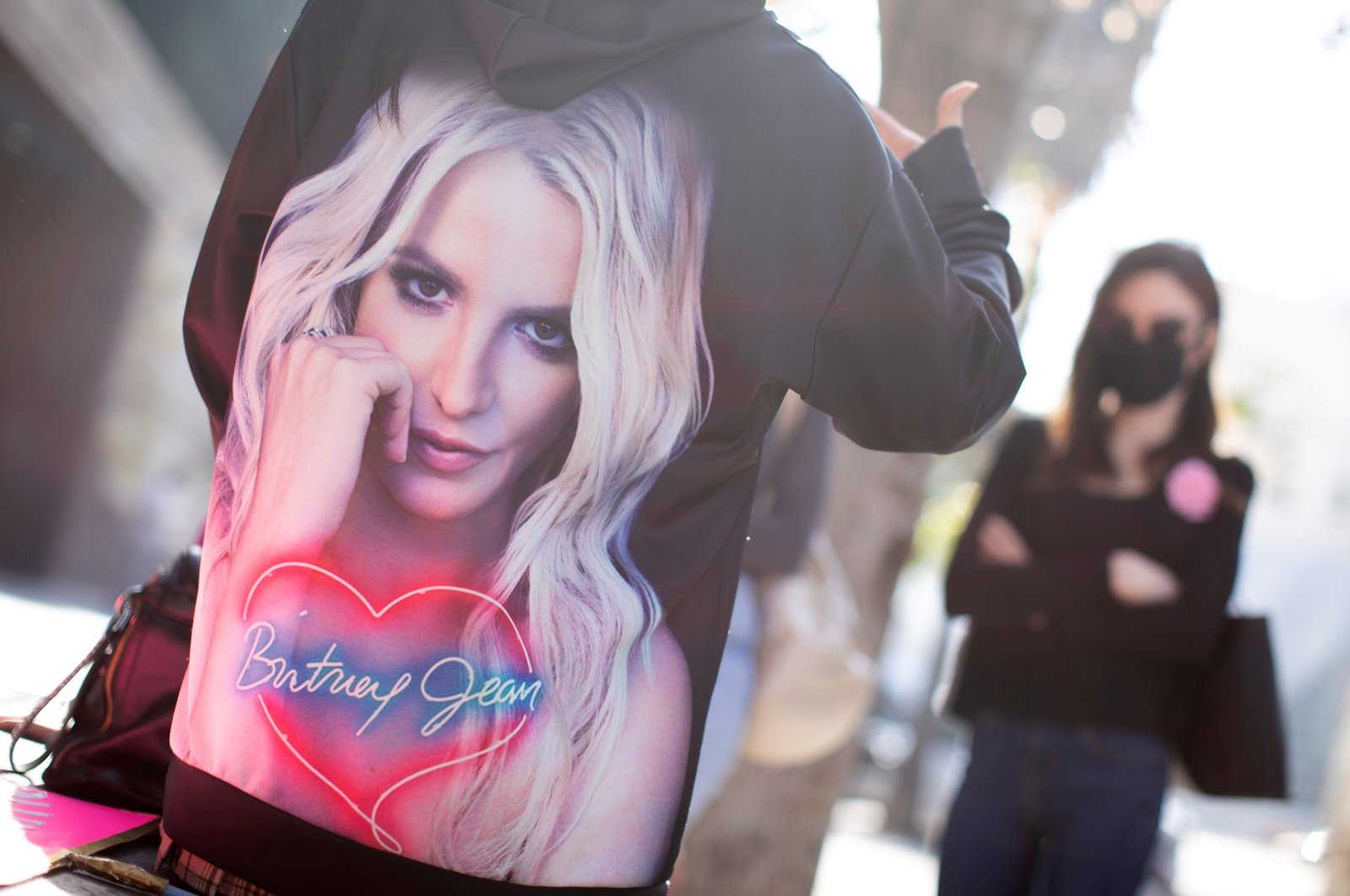 It was more than a decade ago when Britney Spears had a very public breakdown where she shaved her head in full view of cameras at the height of her career.

And ever since, every aspect of her life – from major financial decisions to professional projects and even medical procedures – has been controlled by her father Jamie through a court-approved conservatorship.

Instituted after Spears' breakdown in 2007-2008, the legal arrangement is now older than Spears was when she debuted on "The Mickey Mouse Club." It has endured even as Spears appeared to stabilize and mount an impressive comeback, releasing multiple albums, touring the world and performing 248 shows during a wildly lucrative four-year residency in Las Vegas.

Since Spears abruptly canceled a second planned residency in early 2019, the legal arrangement – shrouded in mystery and a thicket of nondisclosure agreements – has increasingly raised questions. Why, many wonder, is someone so capable and productive not allowed to make her own decisions? Journalists have produced think pieces and investigative deep dives alike about the conservatorship, and her most devoted fans have mobilized on social media to #FreeBritney from what they believe are exploitative circumstances maintained against her wishes.

Now it's the subject of a feature-length documentary from a team of journalists at The New York Times, which premiered Friday on FX and FX on Hulu in the United States.

Directed and produced by Samantha Stark, "Framing Britney Spears" charts Spears' rise from plucky "Star Search" contestant to queen bee of "TRL," as well as the high-profile unraveling that turned her personal troubles into a national punchline and culminated in the controversial conservatorship.

Applying the rigor of a "Frontline" episode to a narrative that has been shaped by thinly sourced gossip and anonymous hearsay, "Framing Britney Spears" is also a pointed work of cultural criticism that might make some viewers feel guilt about idly gawking at pictures of Spears on Perez Hilton circa 2007.

By retelling her story from the vantage point of 2021 – at what we hope is a time of greater sensitivity to mental health issues and a heightened post-#MeToo understanding of the misogyny that pervades much of celebrity culture – the documentary encourages viewers to reconsider their ideas about Spears, her chaotic tabloid persona and her fervently devoted fans.

New York Times senior story editor Liz Day, who works on the paper's branded FX docuseries "The Weekly," says she was drawn to making a film about Spears because, she wondered: "How could the same person be able to perform at a very high level in Las Vegas as a superstar doing sold-out shows, making millions of dollars, but at the same time we're being told that she is so vulnerable and at-risk that she needs this very intense layer of protection?"

What makes Spears' conservatorship unusual – other than her extraordinary fame – is that these legal arrangements are typically designed for older people, often with dementia, who are incapable of making informed decisions or physically taking care of themselves. There's a Catch-22 for people who attempt to terminate a conservatorship, Day explains. "If you are not necessarily in total control of your day-to-day life, or your finances, how do you prove that you can be in control of your finances and your day-to-day life?"

Day, who helped report segments on Alex Jones and Ivanka Trump as a senior news producer at "Last Week Tonight With John Oliver," says that Spears' conservatorship is the hardest story she's had to cover, thanks to complicated family dynamics, sensitive legal and medical issues and the additional layers of and secrecy that come with Spears' fame and wealth.

Then there's the unreliable nature of celebrity journalism and standards that can vary wildly from outlet to outlet. "You hear a lot of speculation out there that gets repeated and repeated as fact: 'Britney has X' or 'she's not allowed to Y.' And when you really dig into, 'How do you know what's on the record?' there's a lot of smoke," Day says.

The producers of "Framing Britney Spears" reached out to the pop star, her family, their lawyers and other members of her inner circle but were turned down (or met with silence) at nearly every turn. "It was a real ethical quandary trying to figure out how to do this and not participate in what everyone has done in the past, which is make all these assumptions about (Spears)," says Stark.

A breakthrough came when Felicia Culotta, who performed an unusual hybrid role as the singer's friend, assistant and travel companion in the pre-conservatorship era, agreed to talk about Spears on the record for the first time in many years, providing emotional insight.

"The one reason I did the interview was to remind people why they fell in love with her in the first place," Culotta says in the documentary.

Another pivotal interview came from Adam Streisand, the attorney Spears tried to hire to represent her in the initial conservatorship proceedings in 2008. Streisand says that Spears specifically did not want her father to be in charge of her conservatorship. (Jamie Spears had not been a consistent presence in his daughter's life at that point, according to the documentary. One record executive recalls him saying: "My daughter's going to be so rich; she's going to buy me a boat.")

Streisand also says the judge in the case denied him the opportunity to represent Spears, citing a medical report that allegedly indicated she was not capable of retaining counsel on her own.

"I still don't know what is in that report," Streisand says.

"Framing Britney Spears" is the latest project to reconsider women once ridiculed and reviled because of their role in salacious scandals, such as Monica Lewinsky, Lorena Bobbitt and Paris Hilton. It asks us to ponder our collective complicity in the mockery and sexist criticism to which Spears has been subjected.

There are clips of a cruel segment from "Family Feud" ("name something that Britney Spears has lost in the last year") and an ABC interview in which Diane Sawyer interrogates Spears about the end of her relationship with Justin Timberlake: "You caused him so much pain, so much suffering. What did you do?" The breakup marked a turning point in the media's coverage of Spears and the beginning of a nasty backlash that continued during her ill-fated marriage to Kevin Federline.

Spears had the misfortune of breaking down as the vulturous tabloid culture of the mid-aughts reached its peak when a lucky paparazzo could make hundreds of thousands of dollars off a single celebrity snapshot.

"I had made an assumption as a young person that she wasn't in control of her image – that she was a puppet who let other people sexualize her and she didn't know what was happening," Stark says. "But from all accounts of people that we've talked to, she knew what she was doing. She was discovering her (sexuality) and letting us see that. And that vulnerability led to all this ridicule and shame. And it wasn't from her millions of fans who are often her age. It was from adults."

The filmmakers sought to treat Spears' fans with similar respect. Once the butt of jokes – remember the jabs directed at Chris Crocker, the teenager whose tearful plea to "leave Britney alone" in 2007 became one of YouTube's earliest viral videos? – Spears' most impassioned followers have coalesced into a surprisingly potent movement.

"When I first started doing this documentary, I would say, 'It's about Britney Spears,' and I would get this kind of smirk from people," says Stark. She notes that most of the #FreeBritney supporters are in their 30s now and would have been in Spears' adolescent target audience when she first came onto the scene – young people who looked up to Spears as a friend and role model. "There is this dismissive attitude toward anything related to teen girls. So I really wanted to listen to (the fans). They're very sensitive to being dismissed as, like, QAnon people." (Jamie Spears has sued at least one #FreeBritney supporter for defamation and has characterized the movement as a "joke" run by "conspiracy theorists.")

"Framing Britney Spears" features several prominent #FreeBritney supporters, including Los Angeles comedians Tess Barker and Barbara Gray. Their podcast, "Britney's Gram," once dedicated to playfully dissecting the singer's Instagram account, helped the #FreeBritney movement gain momentum. In April 2019, the podcasters shared a voicemail they had received from an anonymous tipster claiming to be a paralegal involved in Spears' conservatorship and expressing grave concerns about the singer's wellbeing.

Since then, supporters have regularly picketed at court proceedings and continue to parse Spears' frequently inscrutable Instagram posts, looking for coded messages with the intensity of intelligence analysts.

The #FreeBritney movement became a more central part of the documentary as Spears' legal battle picked up last year. In a series of court filings, Spears began to actively fight her father's role as her conservator for the first time since 2008. When her lawyer wrote that Spears "welcomes and appreciates the informed support of her many fans," #FreeBritney loyalists celebrated.

"That was a huge thing to them," Stark says, "because they felt all this validation, like, 'You should have listened to us.'"

In November, Spears won a small legal victory by having an outside company, Bessemer Trust, added as co-conservator of her estate. But her father retains partial control of her daily existence, and Spears remains responsible for paying her lawyers, her conservator and her conservator's lawyers – doling out more than $1 million in legal fees last year.

"As long as it keeps going, all those people are making money," says Stark. "Do they always have her best interest in mind? It's hard to tell."