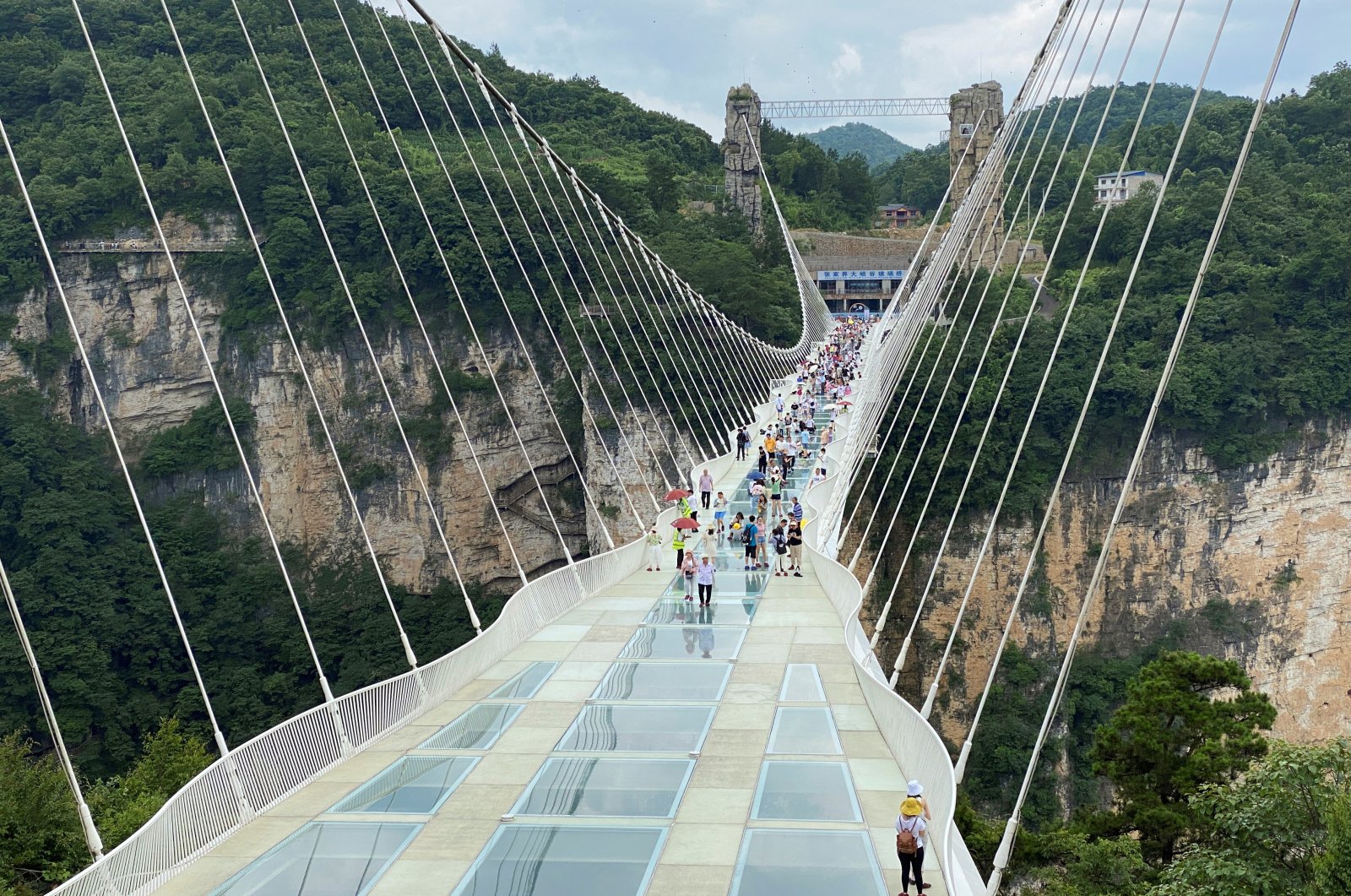 Holidays are relaxing affairs for some, but for others they mean thrilling experiences that are hard to find anywhere else in the world. For those in the latter category, bungee jumping ranks high on the list. So, jumping off from a glass-bottomed suspension bridge that stands straddled between two cliffs 260 meters (853 feet) up in the air – the world's highest bungee jump from a footbridge – is sure to satiate the thrill hunger of most.

Those visitors to the Zhangjiajie Grand Canyon Glass Bridge, in China's Hunan province, willing to take the leap will be treated to a stomach-churning way to take in the views of the surrounding Wulingyuan wilderness, a UNESCO World Heritage site.

The area, a popular international tourist attraction, is famous for its quartzite sandstone pillars and peaks extending into the clouds, along with deep ravines and gorges.

The bungee jumping operation opened at the end of 2020, delayed by restrictions imposed by the Chinese government because of the coronavirus pandemic, which included some of the world's toughest border restrictions.

Operator Jonni Deaker said business has been building slowly as domestic tourists are beginning to return to the region.

"We are probably averaging twenty jumps a day at the moment, which is pretty good for a jump this size," Deaker said, adding he was confident of a solid July-August holiday season.

The 430-meter pedestrian bridge, designed by Israeli architect Haim Dotan and opened in August 2016, was once the longest glass-bottomed suspension bridge in the world.

Jumping into the abyss below might be terrifying for some, but Deaker believes the sheer height makes it less intimidating than smaller jumps.

"Because it's so high, it actually makes it easier", Deaker said. "When you're this high, it's kind of like skydiving."