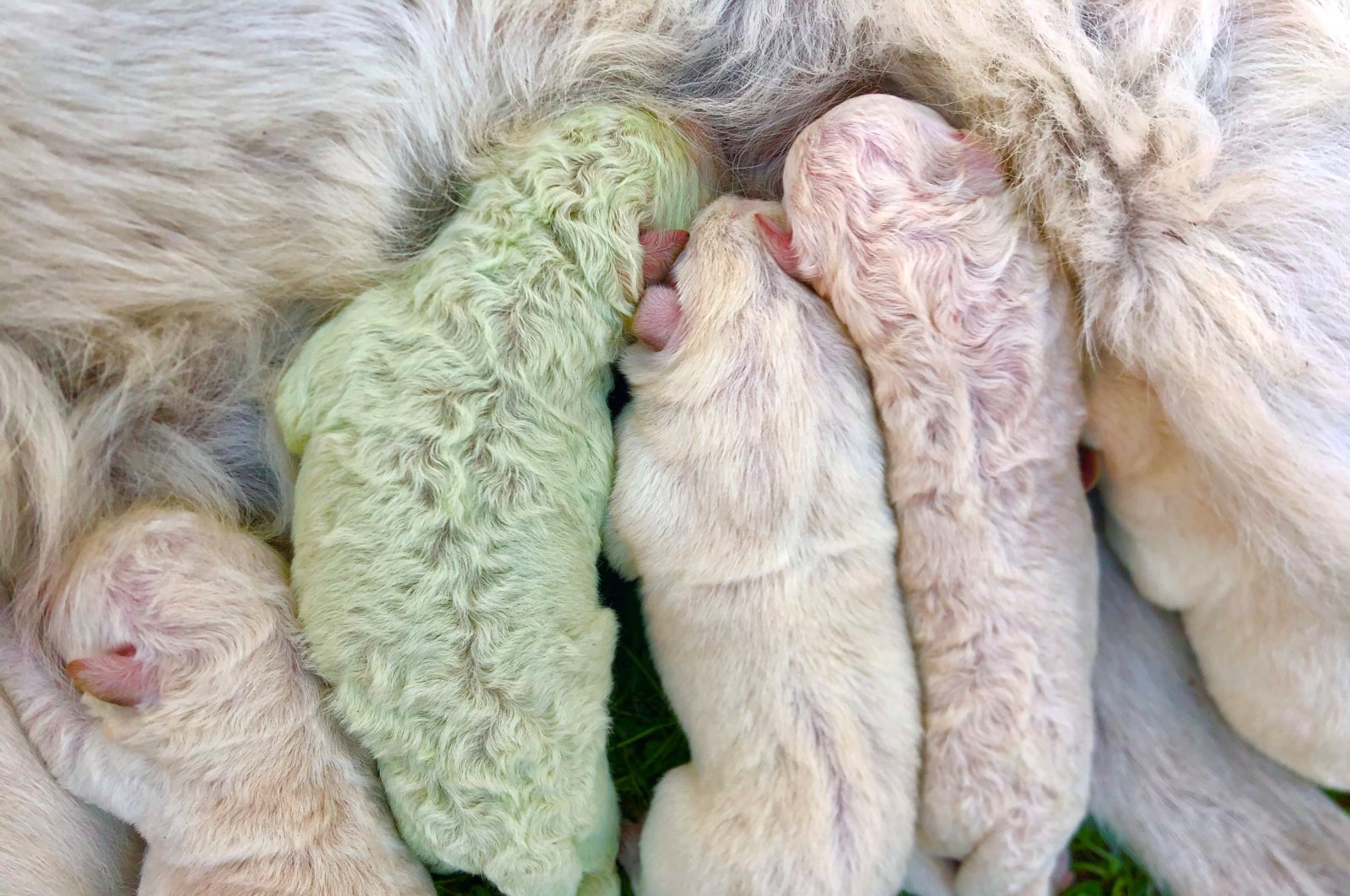 Italian farmer Cristian Mallocci could not believe his eyes when Spelacchia, one of his eight dogs, gave birth to a green-furred puppy.

The tiny dog, immediately named Pistachio, was part of a five-dog litter born on Oct. 9, all with white fur, the same color as their mixed breed mum. Except him.

Mallocci runs a farm on the Mediterranean island of Sardinia with his brother-in-law Giannangelo Liperi.

It is extremely rare for a dog to be born with green-colored fur. It is thought that it happens when pale-colored puppies have contact in their mother's womb with a green pigment called biliverdin. It is the same pigment that causes the green color in bruises.

Meet Pistachio, a puppy that was born with green fur in Italy's Sardinia https://t.co/0qyH26snj3 pic.twitter.com/IBrlXSwd1J

However, Pistachio's peculiar color won't last forever. The bright green his fur had on the day of his birth has faded day by day and it will continue to do so as he gets older.

While his brothers and sisters will be given away to new homes, Mallocci will keep Pistachio on his farm and train him up to look after the sheep with his mother Spelacchia (Italian for "mangy").

Mallocci said that during these tough times of the coronavirus pandemic, green is the symbol of hope and luck, so maybe it was meant to be that Pistachio could put a smile on people's faces.