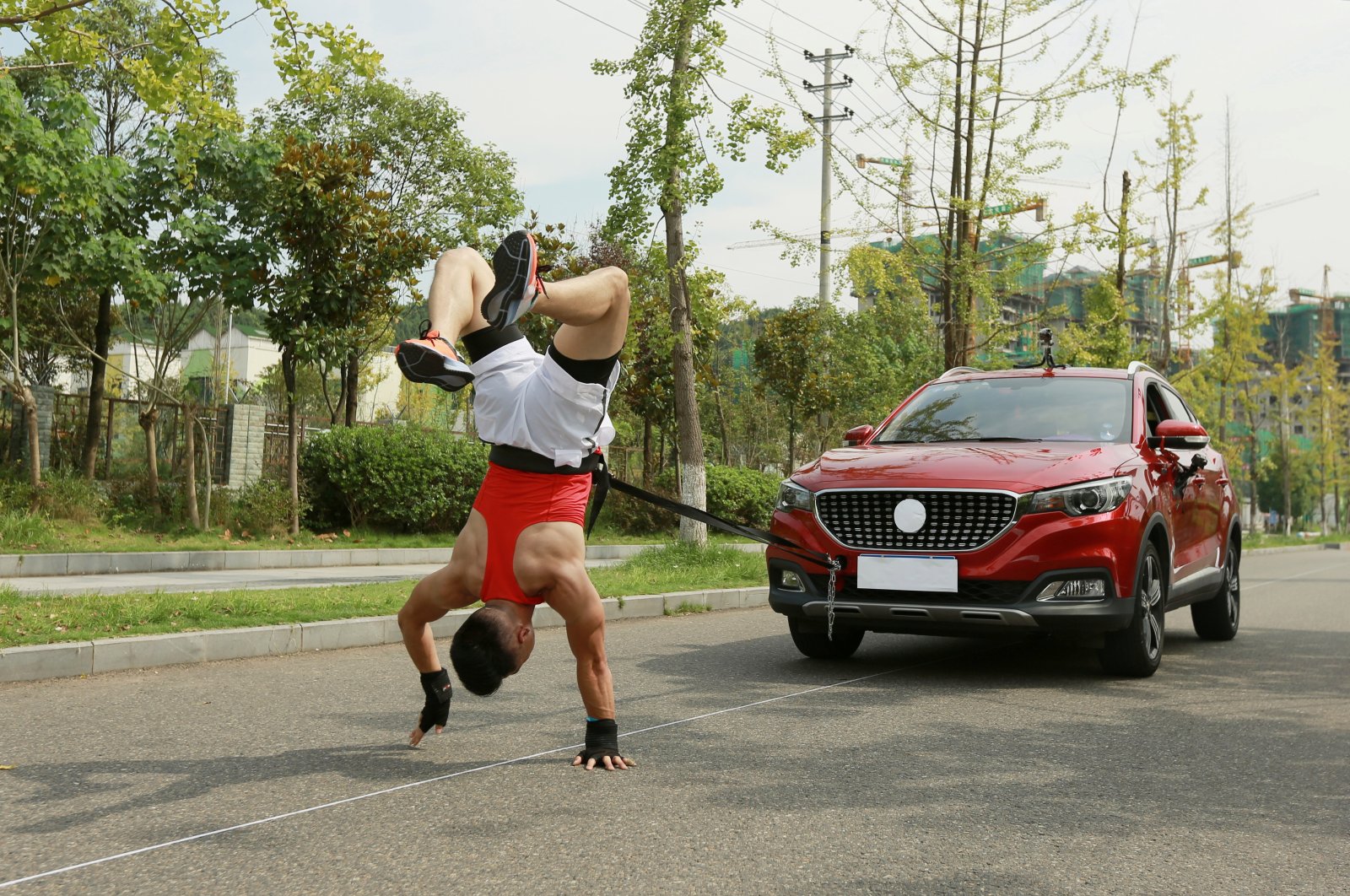 With new records, including man pulling a car while walking on his hands and a backflipping gymnast, this year's Guinness World Records (GWR) Day is as colorful as ever.

Talent from around the world have smashed all kinds of records for the 18th annual GWR Day on Wednesday.

"If you want to be a Guinness World Records title holder just go for it," said 29-year-old Ashley Watson.

The British gymnast broke his own record for the farthest backflip between two horizontal bars when he managed to propel himself 6 meters (19.7 feet) through the air.

"Find what you are really good at, see what the record is, train for it as hard as you can and do it," he said.

Meanwhile in China – balanced on his hands – Zhang Shuang pulled a car for 50 meters in just 1 minute and 13.27 seconds.

Pumped and cheering after his record break he revealed: "The skill is in having a very strong waist and abdomen, and good endurance in your triceps, arms and shoulders."

Other winners include American Tyler Phillips, who broke the record for the most consecutive cars jumped over on a pogo stick and Takahiro Ikeda from Japan who managed 45 BMX time machines in 30 seconds.

Meanwhile, 32-year-old Laura Biondo from Venezuela bagged a couple of certificates for her ball control skills including the most double "around the world" ball control tricks in one minute achieved by a female.

Craig Glenday, editor in chief of the Guinness World Records book, said that they've been "blown away by the incredible talent and show of strength from our new record holders."

"Guinness World Records day is a global celebration of record breaking. It's a chance for anyone who wants to tick off their name in the famous Guinness world record books," he said.