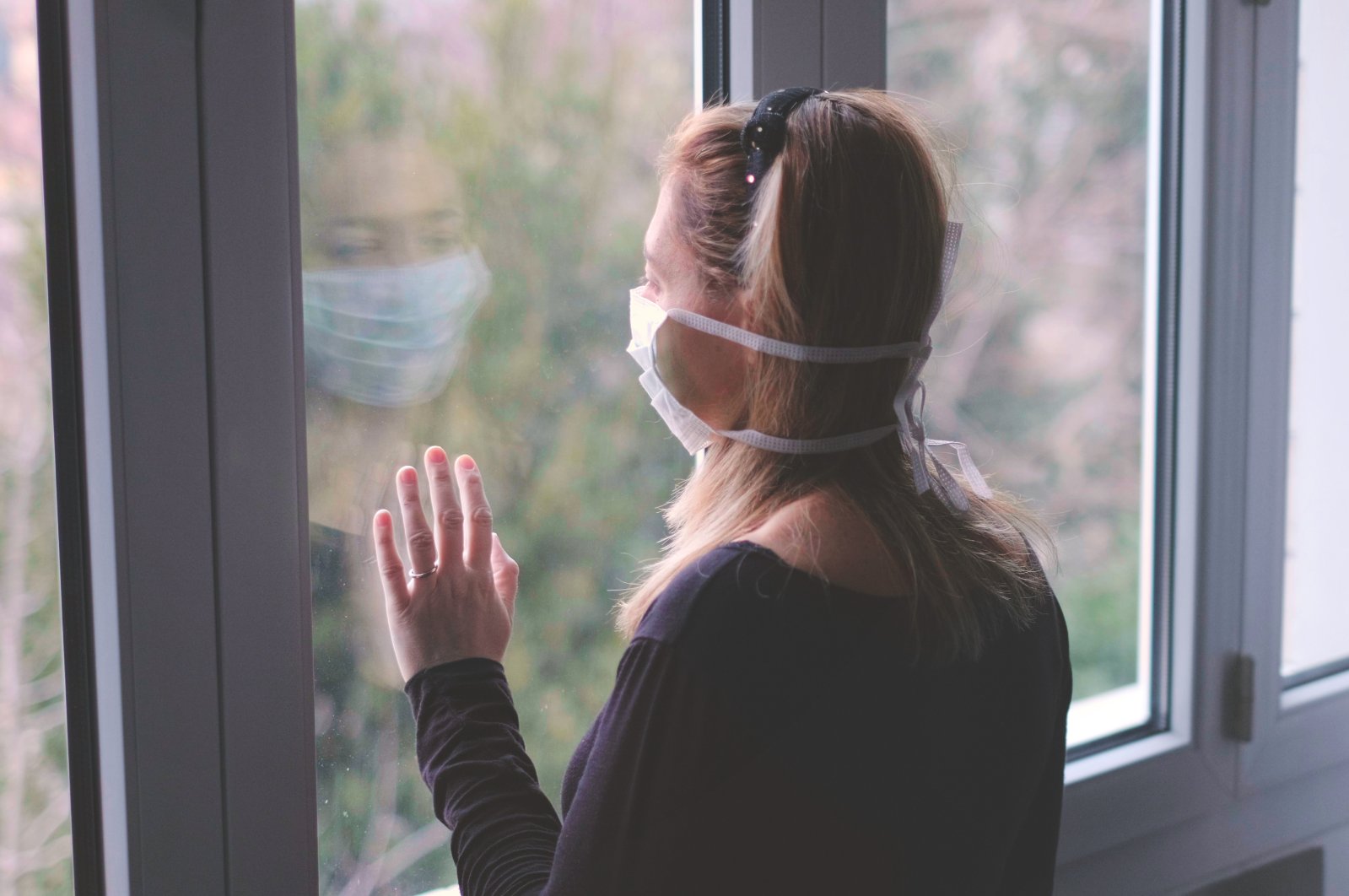 Reminder: Telling a person having a panic attack to just calm down and saying there's nothing to be upset about doesn't help. (iStock Photo)
by DAILY SABAH Apr 09, 2020 11:20 am
RECOMMENDED

That tightness in your chest, that choking feeling that makes it impossible to breathe, those beads of sweat dripping down your face as an intense wave of fear washes over you. Your heart pounds so hard and fast that you can feel it in your ears, and it leaves you trembling and incapacitated.

If you have ever had a panic attack or suffer from them regularly, you know these sensations.

Panic attacks are scary; they can come out of the blue just when you thought everything was returning back to normal or they can explode in you after a long build-up of stress, fear and anxiety, like the grand finale of the most stressful chapter of your life.

As a society, we have seen a drastic increase in anxiety disorders and panic attacks in recent years. These attacks are unfortunately unpredictable in nature, and we humans are not wired to tolerate uncertainty – especially in times when the unknowns of the coronavirus pandemic are abundant.

This uncertainty causes people to live their social lives in constant fear and anxiety, on edge, waiting for an attack to happen any minute. Contrary to what people think, these attacks are involuntary and those who experience them have no control over them. These attacks can also happen after something good happens, according to psychiatry specialist professor Zafer Oka. As much as they can be triggered after stressful periods such as sudden losses, accidents, divorces and drastic life changes, they can also happen after getting promoted, married or having a baby, he says.

Physical manifestation of fear and anxiety

Not all panic attacks have the same symptoms, and they can feel different for everyone. In most people, they start off as chest pain or dizziness but, again, it depends on personal experience. The most common symptoms people experience are unexplainable heart palpitations, chest restlessness, tension in the muscles, flushing, arm numbness (in some cases), cold sweats, tremors, nausea, loss of control and trouble breathing. This state of intense fear and anxiety despite there being no apparent danger in sight can even make you feel like you are having a heart attack, a stroke, suffocating or dying.

These attacks occur when the body's protective alarm system, which usually kicks in when it is confronted with potential danger or threats, is needlessly activated by a conscious or unconscious trigger, Oka says.

Every person could have a panic attack at some point in their life. However, if these attacks happen repetitively and at least twice in your lifetime, and push you to make changes to your daily habits over the fear of having one again, then you might have a panic disorder – a type of anxiety disorder that requires psychiatric treatment.

For treatment, first, the root cause needs to be determined. If after the patient is evaluated for diabetes, hormonal imbalances such as thyroid hormone excess, heart diseases such as mitral valve prolapse (flopping or bulging in the heart) and lung or neurological disorders and no association or illness has been found, then its psychological origins are investigated.

Smoking, drug or alcohol addiction, and other mental health problems can also trigger such attacks. Treatment is tailored to each individual and is geared toward helping the patient return back to their normal social lives.

Here are 10 simple steps or measures Oka recommends you take to cope with or stop a panic attack in its tracks:

1. Realize that a panic attack is a state of mind and visualize the panic as passing waves.

2. Remind yourself that you are not alone

3. Meet other people who have had a panic attack and share your experiences.

4. Don’t run away from or avoid places where you have had panic attacks. Although it may seem counterintuitive, it is best to face the fear.

6. Slow down, and try to reduce your breathing rate with long deep breaths. Practice every day.

7. Move, do sports or exercise. Keep that body active.

8. Pay attention to your sleep patterns and establish a routine.

9. Eat a healthy, balanced diet and stick to a regular eating schedule.

10. Focus on the present, and stop fretting about tomorrow and the future. Carpe diem.