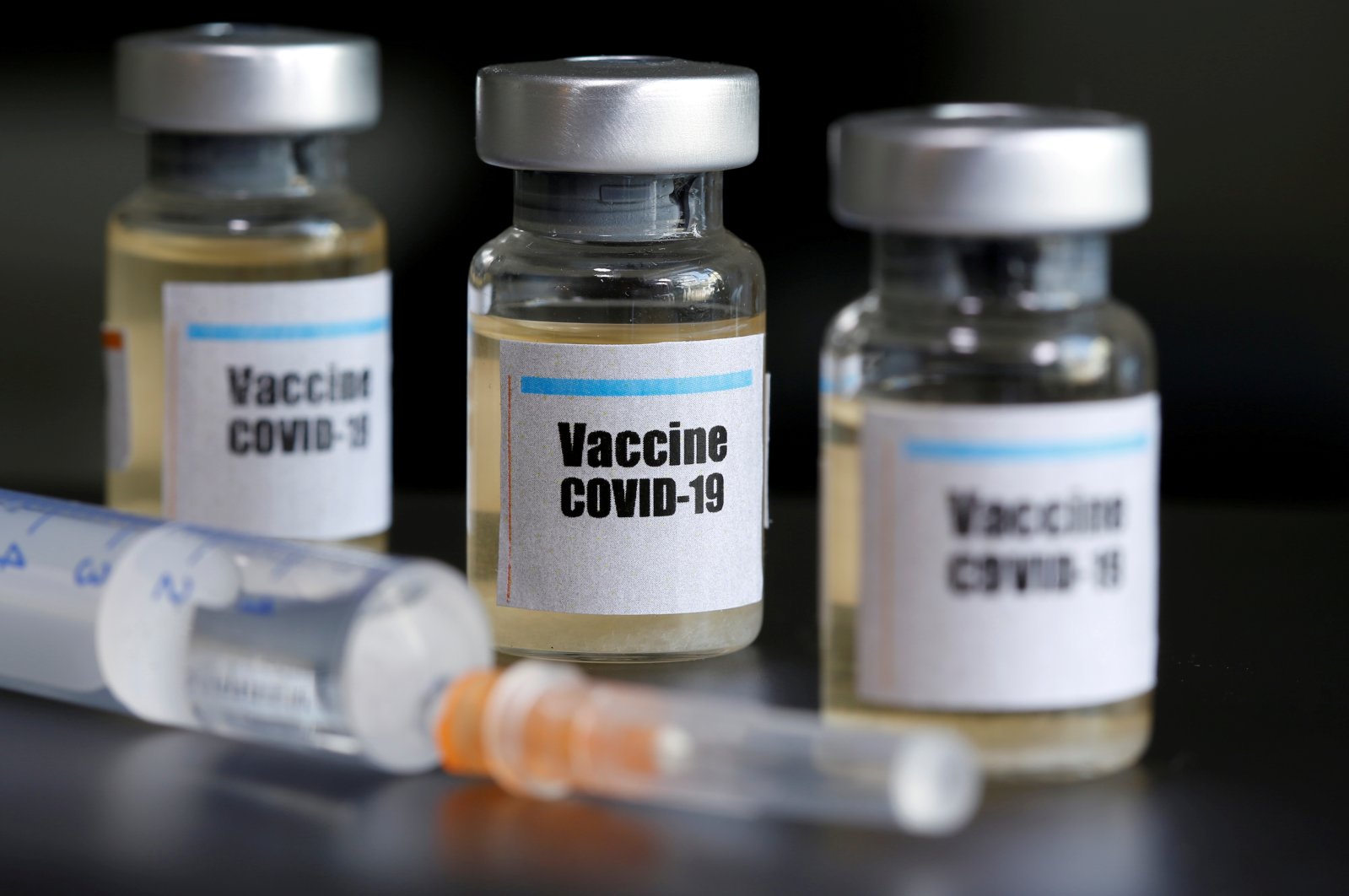 Small bottles labeled with a "Vaccine COVID-19" sticker and a medical syringe are seen in this illustration taken April 10, 2020. (Reuters Photo)
by Reuters Apr 14, 2020 12:24 pm
RECOMMENDED

China has approved early-stage human tests of two experimental vaccines to combat the new coronavirus as the country where the virus was first detected battles to contain imported cases, especially from Russia.

As Beijing fights to prevent a second wave of coronavirus infections, two experimental vaccines will be tested on humans, the Xinhua state news agency reported.

More than 70 vaccine candidates are in development around the world, with at least three – by CanSino, Moderna, and Inovio – already in human trials, according to the World Health Organization (WHO).

The vaccines in China are being developed by a Beijing-based unit of Nasdaq-listed Sinovac Biotech and by the Wuhan Institute of Biological Products, an affiliate of state-owned China National Pharmaceutical Group.

U.S. drug developer Moderna said earlier it had begun human tests of its possible vaccine with the U.S. National Institutes of Health.

But even as hopes for a vaccine are raised, the epidemic could stretch on for up to two years, and precautions such as masks and preventing big gatherings may need to continue, Zhang Boli, an academic at the Chinese Academy of Engineering and president of the Tianjin University of Traditional Chinese Medicine told reporters.

"We have to make preparations for the long term," he said.

It said it would build hospitals and establish isolation points near borders and also strengthen cooperation with neighbors.

However, officials acknowledged that China's extensive border with numerous country roads, paths, ferry crossings and mountain passes made it difficult to control.

To ensure no infected people slip in from Russia, China has put in stringent measures in Suifenhe, a small city in Heilongjiang with a checkpoint into Russia. Train services from it have been reduced and cars need a special pass to leave.

Piao Minghua, deputy head of customs in the area, told Reuters that everyone entering Suifenhe had to be tested for the coronavirus, give details of contacts and undergo quarantine.

City residents are only allowed to leave their homes once every three days, many shops are closed and markets largely deserted.

Though the northeast border remains China's priority, state media also reported late on Monday that more than 100 people had been arrested in March for illegally entering China through its southwestern border in Yunnan province.

Thousands of people, mostly Chinese workers and traders, were flooding back into Yunnan from Laos and Myanmar this month, putting huge pressures on border regions like Xishuangbanna.