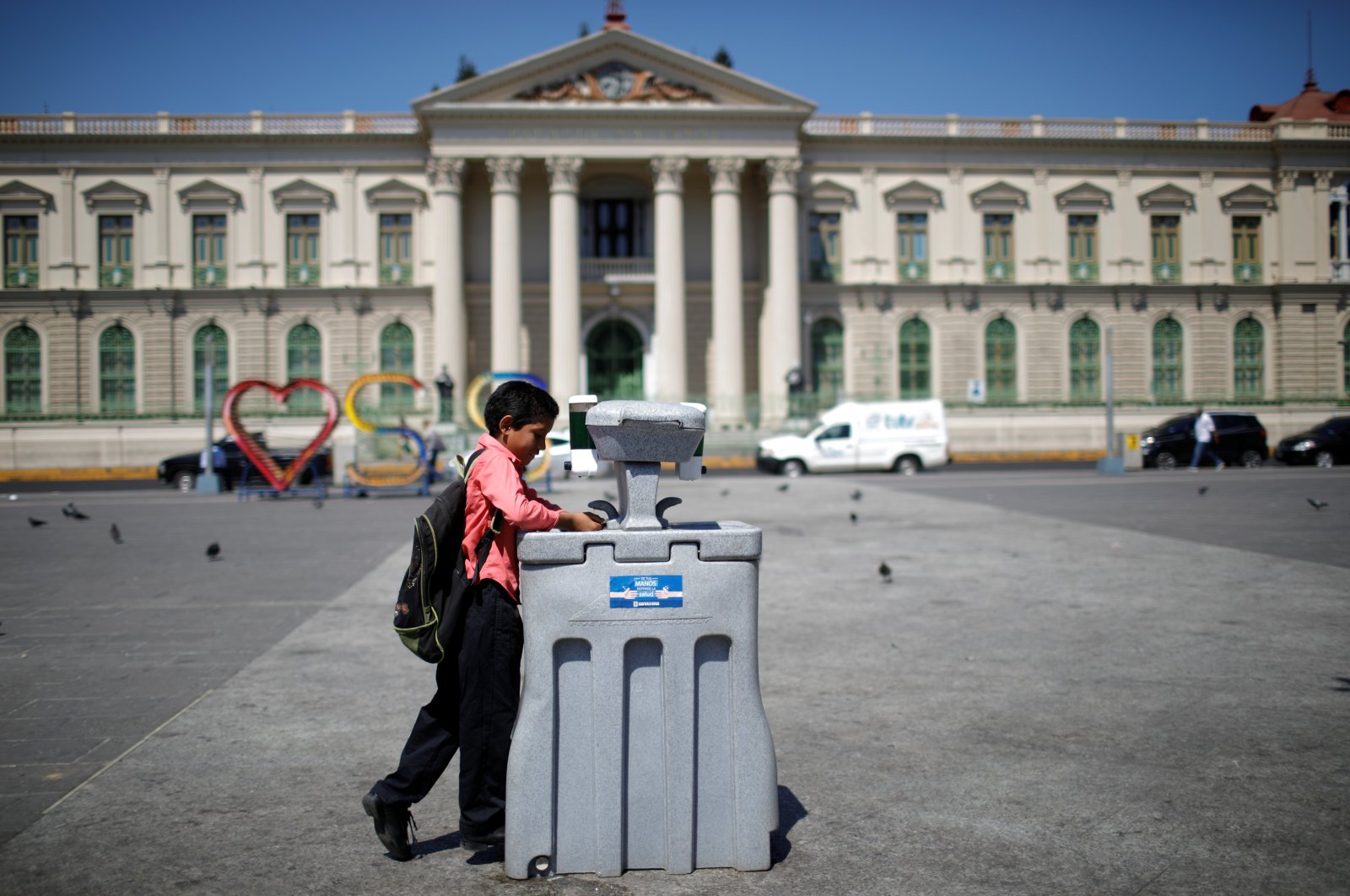 A boy washes his hands in a portable hand-washing station as part of the steadily stricter measures to prevent a possible spread of the coronavirus disease (COVID-19), at the Metropolitan Cathedral, in San Salvador, El Salvador, March 15, 2020. (Reuters Photo)
by Anadolu Agency Mar 20, 2020 9:33 pm
RECOMMENDED

As people across the world are urged to wash their hands against infection by the novel coronavirus, 3 billion people lack handwashing facilities in their homes, a U.N.-Water official said Friday.

Daniella Bostrom, communications manager for U.N.-Water, spoke to journalists in a virtual presser ahead of World Water Day on March 22 and World Meteorological Day on March 23.

"We would like to record that today 3 billion people do not have handwashing facilities in their homes and that two out of five health care facilities lack these facilities as well," said Bostrom.

At the same briefing, Clare Nullis, the World Meteorological Organization's (WMO) media officer, said that one of the most significant impacts of climate change was on water, which in turn impacted sustainable development and security.

"But in contrast to internationally coordinated information about rising temperatures, data on water resources are patchy and incomplete," said Nulis.

He added: "Water is life. On average, a human being cannot survive more than three days without water. Amid the COVID-19 pandemic, an estimated 3 billion people worldwide lack basic handwashing facilities."

Nulis said that more than 2 billion people lived in countries experiencing high water stress, while around 4 billion faced severe water scarcity for at least one month every year.

During the press briefing, the WMO released a statement by Secretary-General Petteri Taalas for World Meteorological Day, saying: "We feel the effects of climate change mostly through water: more floods, more droughts, more pollution. Just like viruses, these climate and water-related shocks respect no natural boundaries."