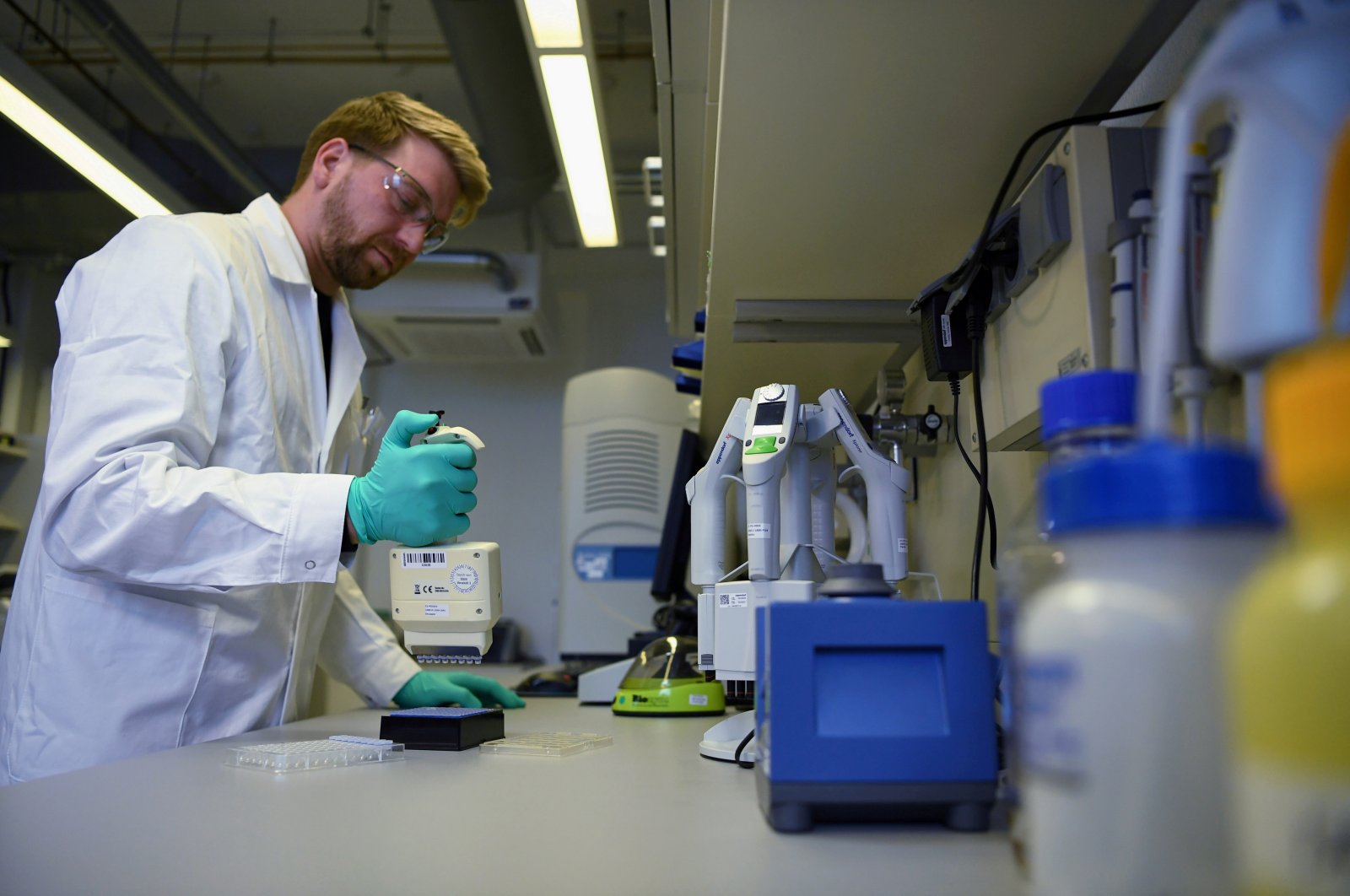 An employee of German biopharmaceutical company CureVac, demonstrates research workflow on a vaccine for the coronavirus (COVID-19) disease at a laboratory in Tuebingen, Germany, March 12, 2020. (Reuters Photo)
by German Press Agency - DPA
Jul 11, 2020 11:13 am

Some 4,000 volunteers have registered as subjects for a coronavirus vaccination study at the University Hospital in the south-western German city of Tuebingen.

A clinical study began at the university clinic in mid-June to test the tolerability of a vaccine developed by the Tuebingen biopharmaceutical company CureVac.

Since then, around 50 people have received the drug. According to Kremsner, no surprising side effects have occurred yet.

So far everything has been fine, Kremsner said, adding that the study had not revealed any sensational or concerning findings.

Not all of the people who volunteered will be able to take part.

A total of 168 subjects are to be vaccinated in Tuebingen and also in test centers in Hanover and Munich, as well as Ghent, Belgium.

The clinical trial is a so-called phase 1 trial. If it is successful, investigations with significantly more test subjects will follow.

After vaccination, human cells form this protein, which the body recognizes as foreign. It forms antibodies and other immune cells against it.

Compared to other countries in Europe, Germany has not been as hard hit by the coronavirus. As of Saturday morning, the Robert Koch Institute – the country's disease authority – reported six more deaths from the day before, bringing the total to 9,060.

Since the beginning of the coronavirus crisis, the country now has a total of 198,556 confirmed cases, after 378 new infections were reported on Saturday.