7 of top 10 killers pre-COVID-19 were non-communicable diseases: WHO 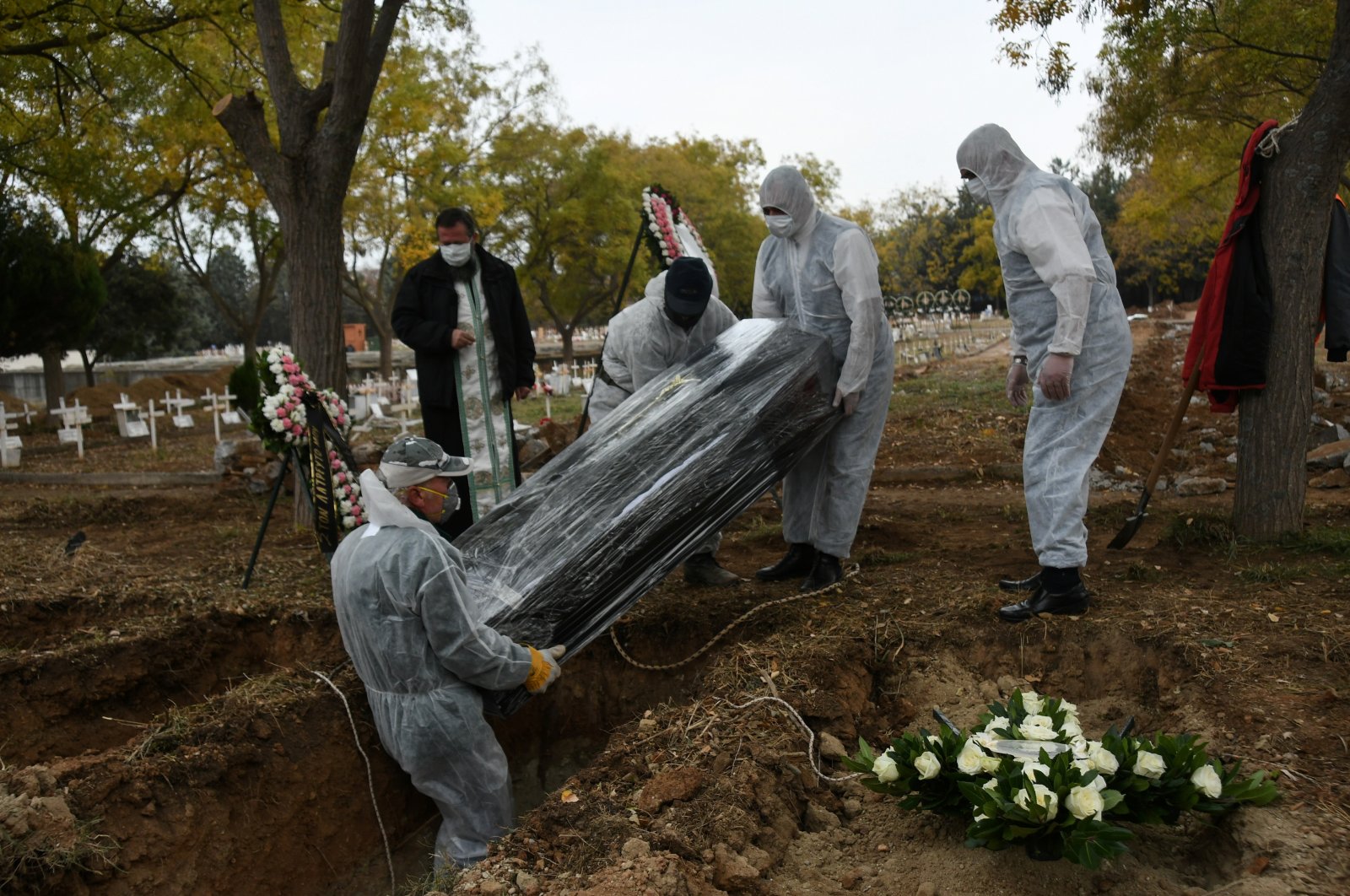 Pallbearers in personal protective equipment (PPE) place a coffin inside a grave, in a designated cemetery area for patients who died from the coronavirus disease (COVID-19), in Thessaloniki, Greece, Dec. 3, 2020. (Reuters Photo)
by French Press Agency - AFP Dec 09, 2020 8:08 pm
RECOMMENDED

Non-communicable diseases (NCDs) accounted for seven of the top 10 causes of death before the coronavirus pandemic, the World Health Organization (WHO) said Wednesday, with heart disease killing more people than ever before.

The WHO's new Global Health Estimates, adding 2019 data to statistics going back to 2000, found that people were living longer lives – but those extra years were not necessarily lived in good health.

The study, which exposes trends over the last two decades in mortality and morbidity caused by diseases and injuries, showed that NCDs made up just four of the top 10 causes of death back in 2000, rising to seven last year.

The top 10 causes of death accounted for 55% of those fatalities. They fall into three broad categories: cardiovascular, respiratory and neonatal.

The figures "clearly highlight the need for an intensified global focus on preventing and treating cardiovascular diseases, cancer, diabetes and chronic respiratory diseases, as well as tackling injuries," the WHO said in a statement.

Heart disease has been the world's leading cause of death for the last 20 years.

Diabetes has entered the top 10 causes of death following a 70% increase in the number of deaths since 2000.

Bente Mikkelsen, the WHO's NCDs chief, said that although insulin was discovered nearly 100 years ago, fewer than half of the people who need it have access to it.

"There is an urgency to act," she told reporters.

Mikkelsen said the most efficient way to protect people against NCD risk factors was "to increase the tax on tobacco and sugar-sweetened beverages" and other unhealthy products.

"It's also a very important way to increase the health budgets."

NCDs together accounted for 74% of deaths globally in 2019.

"We need to rapidly step up prevention, diagnosis and treatment of NCDs," said WHO director-general Tedros Adhanom Ghebreyesus.

It however remains in fourth place in Africa, despite the number of deaths on the continent dropping from more than 1 million to 435,000 over the 20-year span.

Tuberculosis has also fallen out of the global top 10, dropping from seventh place in 2000 to 13th last year, thanks to a 30% reduction in global deaths.

The new estimates found that in low-income countries, communicable diseases took a heavier toll, accounting for six of the top 10 causes of death, including malaria (sixth), tuberculosis (eighth) and HIV/AIDS (ninth).

Global average life expectancy was more than 73 years in 2019, compared with nearly 67 in 2000, with the biggest gains in the least-developed regions.

However, Bochen Cao, from the WHO's data and analytics department, warned that healthy life expectancy was not increasing at the same rate.

The NCD Alliance global partnership said the report depicted a "devastating toll" on human life that could have been prevented.

The diabetes surge is a "tragic illustration" of the failure to do so, and is "clearly untenable going forward," she said.