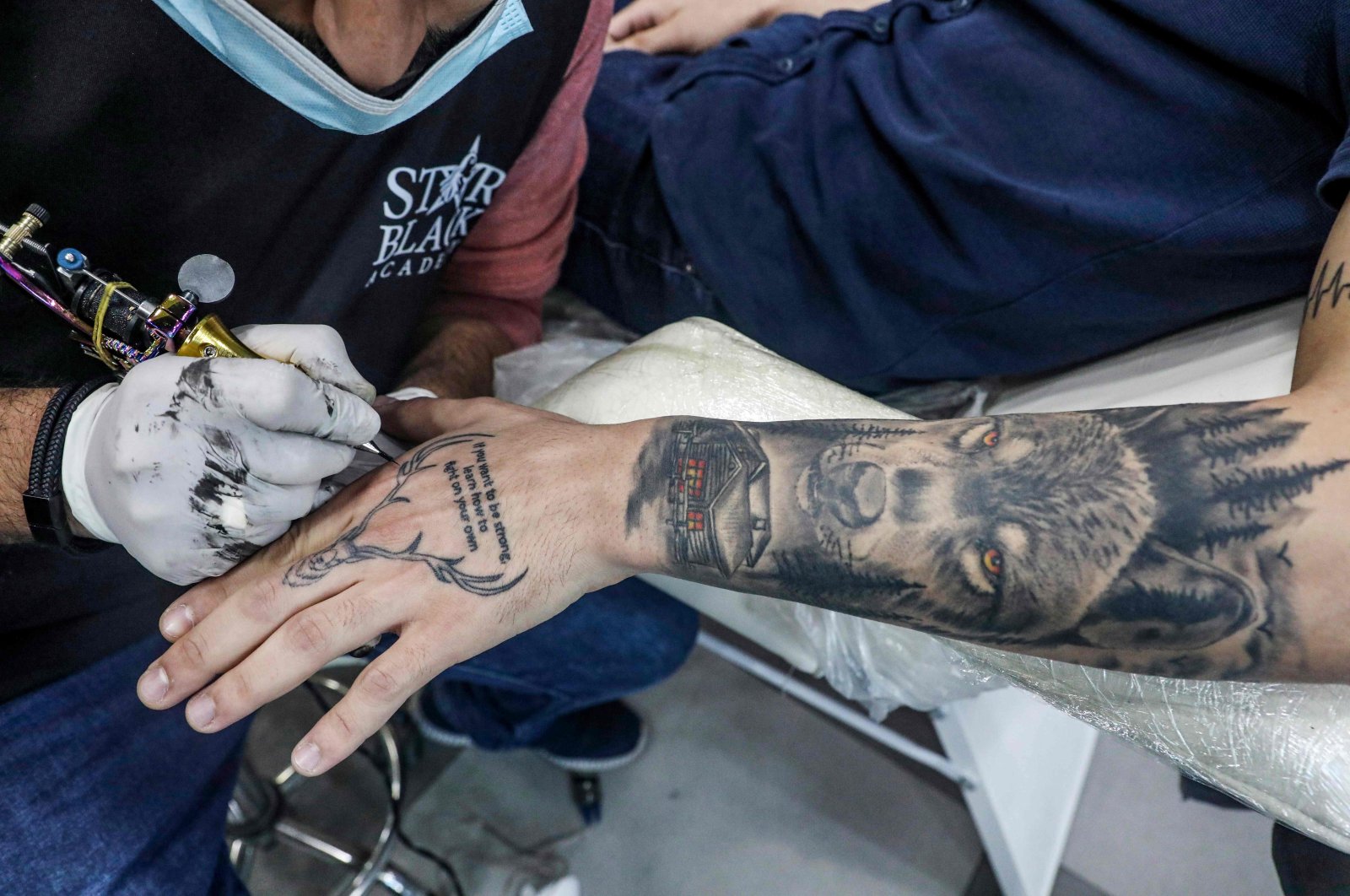 A tattoo artist applies a tattoo design of a stag's face with the English motto "if you want to be strong, learn to fight on your own" at his parlour in the city of Hebron in the occupied West Bank, on Jan 24, 2021. (AFP)
by DAILY SABAH Feb 18, 2021 7:17 pm
RECOMMENDED

Tattoos could soon be synonymous with having a toxic cocktail of molecules inked onto the body, according to a new report released by French consumers' group UFC-Que Choisir on Thursday.

The group warned of the "the presence of carcinogenic, neurotoxic or highly allergenic products" in three-quarters of inks most used by French tattoo artists, French newspaper Le Monde said in a report.

UFC-Que Choisir conducted a survey in which they examined 20 of the most widely used tattoo inks in the country and found only five met standards. According to UFC-Que Choisir, the inks tested present a "high health risk," for human beings due to the presence of many dangerous chemicals, namely carcinogens.

The group urged the General Directorate for Competition, Consumption and the Repression of Fraud and the National Medicines Safety Agency to immediately recall and withdraw the products given the health implications.

Noting that tattoo artists are generally attentive to hygiene standards such as sterilizing their equipment, they do not pay attention to the ingredients in the ink, which in some cases are not listed.

Consequently, new regulations are set to be enforced in December 2021 which will encompass the composition and labelling of tattoo inks allowed on the market.

The European Commission highlighted the dangers of getting inked in a 2016 report, warning that tattoo inks often contain "hazardous chemicals" including heavy metals and preservatives. These chemicals in the body can have serious health repercussions, including bacterial infections, as reported by The Guardian.

A separate study issued a month prior to the European Commission report by the Australian government revealed that 22% of the inks tested contained carcinogenic chemical compounds. While a 2017 survey by the peer-reviewed journal Scientific Reports warned that microscopic particles from tattoo ink can migrate into the body and wind up in the lymph nodes.