A plant story: All about Turkey’s herbal remedies 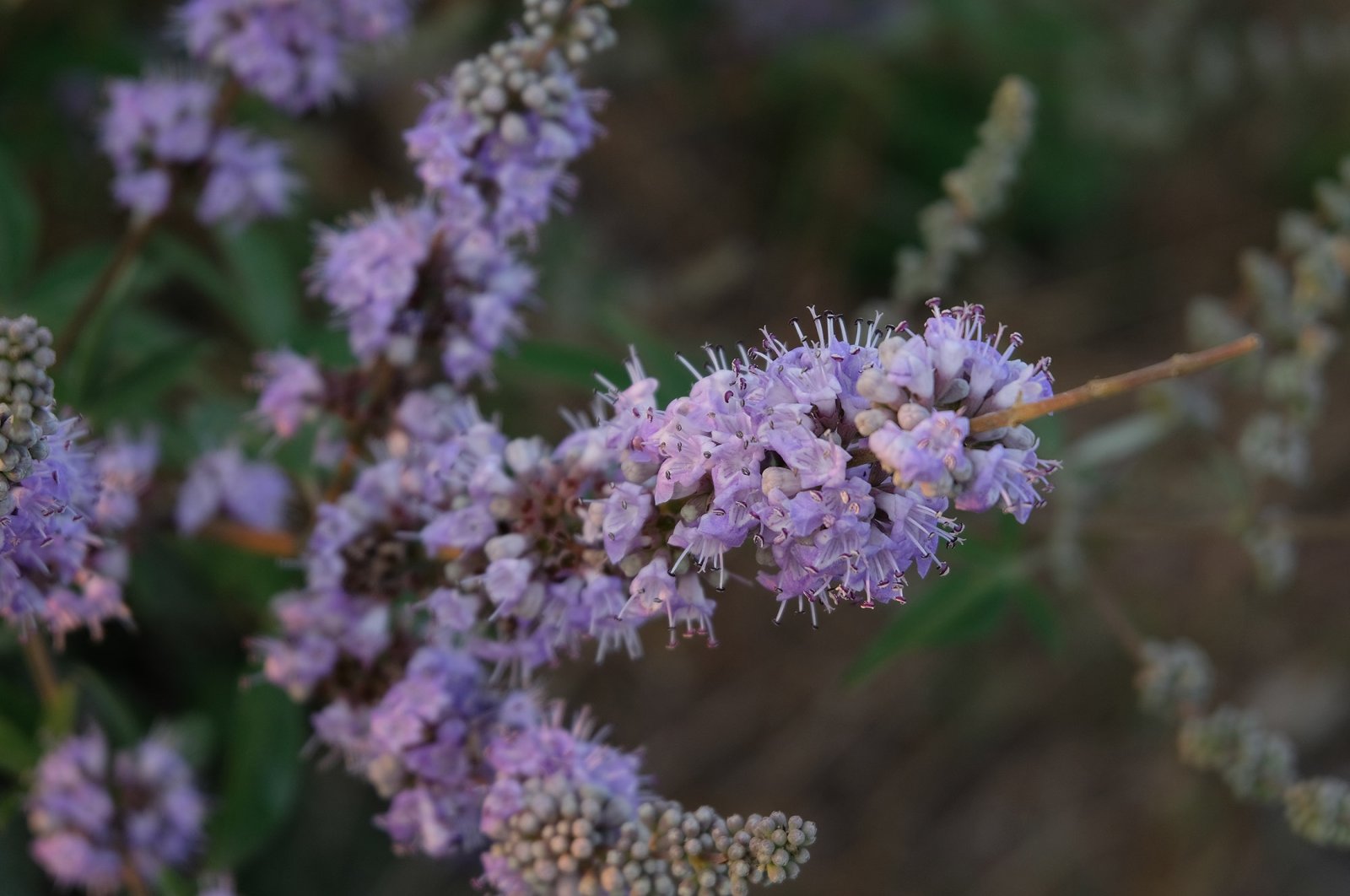 Hayıt is referred to as monk’s pepper and chasteberry in English. (Shutterstock Photo)
by Leyla Yvonne Ergil Aug 26, 2021 8:45 am

Turkey has a wealth of medicinal plants that are used regularly as natural cures for a variety of ailments. Check out these Turkish tips on the plants and herbs we should all be having

From diet teas to detoxifying oils, there are a wide variety of plant-based remedies that have been used in Turkey through the ages. You may have seen some of these teas and oils on trips to Turkey’s famous farmers markets or spice shops referred to as “aktar.”

The following is a guide to 10 of Turkey’s wonderful natural remedies:

Hayıt, which is referred to as monk’s pepper and chasteberry in English, is a flowering plant that resembles lavender but is in fact a species of Vitex native to the Mediterranean region.

Also referred to as Abraham’s balm, this plant has long been used for its medicinal properties in these parts and was mentioned multiple times in "Enquiry into Plants," which was written by Aristotle’s successor Theophrastus. In ancient times, the plant was used as an anaphrodisiac.

In Turkey, the seeds of the hayıt plant are used as tea or oil, for a number of ailments that are especially linked to the reproductive system. In women, the plant is said to balance hormones and ease premenstrual and menopausal symptoms and is also said to increase the milk production of breastfeeding women. Not solely geared toward women, however, the plant is also believed to prevent prostate inflammation, indigestion and insomnia.

The carob bean, which in Turkish is referred to as harnup or keçiboynuzu, the latter which means “goat’s horns,” is a flowering tree in the legume family that is most commonly used to make locust bean gum, which serves as a thickening agent in commercial food production.

The sweet-tasting and extremely nutritious carob pods are also regularly used as a chocolate substitute, especially in healthy foods such as snack bars. The tasty pods themselves can be eaten as is, but in Turkey it is common practice to grind them down into a powder, which in rural areas is something any local grain mill will do. The resulting “harnup tozu” or carob powder, can then be consumed hot with water or milk as a nutritious hot chocolate substitute.

In Turkey, they also make a “harnup pekmezi,” which is carob molasses that is incorporated in foods or can be consumed by the spoonful each morning.

Carob is low in calories and sugar, yet packs a sweet taste and comes with countless benefits as it is high in protein, vitamins, iron, potassium, calcium and magnesium. A natural antibiotic, carob cleans the blood and veins and is good for the respiratory system It is especially used in winter to ease asthma and bronchitis symptoms.

The plant's fibrous structure and sweet taste make it an excellent component for weight loss and it helps with digestion and intestinal movements. Carob also increases sperm count and quality and is used to treat impotence.

Not to be confused with harnup, (which is carob), “hünnap,” is known as jujube in English or is often referred to as Chinese date. Jujube is a shrub that produces small oval fruits that taste somewhere between a dry pear and a bitter apple. While as a fruit, they may leave much to be desired, the plant’s history is much more impressive.

Believed to have originated in China, jujube was used to produce China’s first books, made from woodblock printing. The fruit and its seeds are regularly used in Eastern medicine and in Turkey, where the fruit is revered for its health benefits and it can be a treasure occasionally found in farmers markets both as a fresh and dried fruit.

Hünnap is a strong source of antioxidants and vitamin C and is thus good for the immune system. In Chinese medicine, it is taken to relieve stress and sleeplessness and supposedly used to serve as contraception. In Turkey, the fruit is eaten to treat constipation and due to its high level of magnesium, to alleviate muscle and bone pain.

With names in English including bitter melon, balsam pear or goya fruit, this bumpy, orange cucumber-like fruit comes from the melon and squash family. In Turkey, the fruit happens to be named kudret narı, which translates into English as the “mighty pomegranate.”

While this fruit is not a pomegranate in any way, it certainly is mighty. There is even a Japanese proverb that “good medicine tastes bitter” and it refers to the goya fruit, which also plays a part in the diet of the Okinawans, known for being an area of the world with a higher concentration of centenarians. While in Japan, the fruit is incorporated into dishes, in Turkey, it is soaked in oil and taken in spoonfuls with honey. At any farmers' market in Turkey, you can spot glass jars with the bizarre-looking fruit floating in oil.

The kudret narı, which is also used in Ayurveda and Chinese medicine for its detoxifying qualities, is beneficial for a wide number of ailments. It is especially good for type 2 diabetes as it has a phytonutrient that lowers blood in the body as well as a component that increases the metabolism of glucose. In addition, the fruit is a blood purifier, it can stimulate digestion and regulate bowel movements and also aid in weight loss. The oil is also used on skin disorders such as eczema.

Even more bitter than the bitter melon, is a tea made from the outer artichoke leaves; however, the health benefits of this brew make it worth it. Hands down the best tea for both liver cleansing and weight loss is referred to in Turkish as enginar yaprağı çayı. Not only does it work to burn fat, but it also cleans the intestines, which decreases water retention. The antioxidant cynarine, which is found in these leaves, is what assists the liver to release toxins, while it also strengthens the bones, increases concentration and treats urinary tract infections. The dried leaves can be found in Turkey’s aktar spice shops, but be forewarned, it may truly be the most bitter tea you will ever taste.

Not for the fainthearted, the oil extracted from the sığla or günlük trees, in English the oriental sweet gum trees, that are endemic to Muğla’s Köyceğiz have been used as an herbal remedy for ions. The taste is difficult to endure, but if you can stomach a spoonful of the stuff every morning, you can be cured of ulcers, acid reflux, indigestion and parasites. Or better yet, use it as a topical cream for acne, burns or even hemorrhoids. Also called liquid amber, the oil is made from the tree’s resin.

Called cassia in English, sinameki is a flowering plant in the legume family whose leaves are brewed in a curative tea here in Turkey. Sinameki leaves are said to assist in removing parasites, cure constipation and chronic inflammation.

In the past in Turkey, yoğurt otu, which in English is named “cleaver,” was an herb used in cheese preparation. In fact, the plant’s long clingy leaves found a variety of purposes in a number of different countries, ranging from being used as a sieve and as a filling for mattresses. These days, the herb is revered for its curative properties. In Turkey, it is consumed as a tea for ailments such as thyroid and Hashimoto’s disease. The tea can also be used on wounds and is said to make skin shiny and taut.

Don’t be surprised if you happen to see a bag full of dried cherry stems as what may seem like rubbish to you, is actually a prized potion for weight loss. That’s right, the stems of cherries are brewed as a tea in Turkey that is used for detoxification, lowering cholesterol and weight loss as well as for treating rheumatism and arthritis.

From a symbol of peace to the emblem of health, the olive tree just keeps on giving. In this case, it is the leaves of an olive tree that are boiled as tea that gives energy and aids in weight loss. In addition, olive leaf tea, which in Turkish is referred to as zeytin yaprağı çayı, also decreases the release of the stress hormone cortisol and helps heal respiratory infections. While the leaves are available at aktar shops, you can also easily pick and dry them yourself.

Even though herbal tea is not likely to harm your health, we would recommend you to consult with your doctor if you have any health conditions or allergies before consuming it.