Abrupt loss of smell, taste could be early COVID-19 symptoms 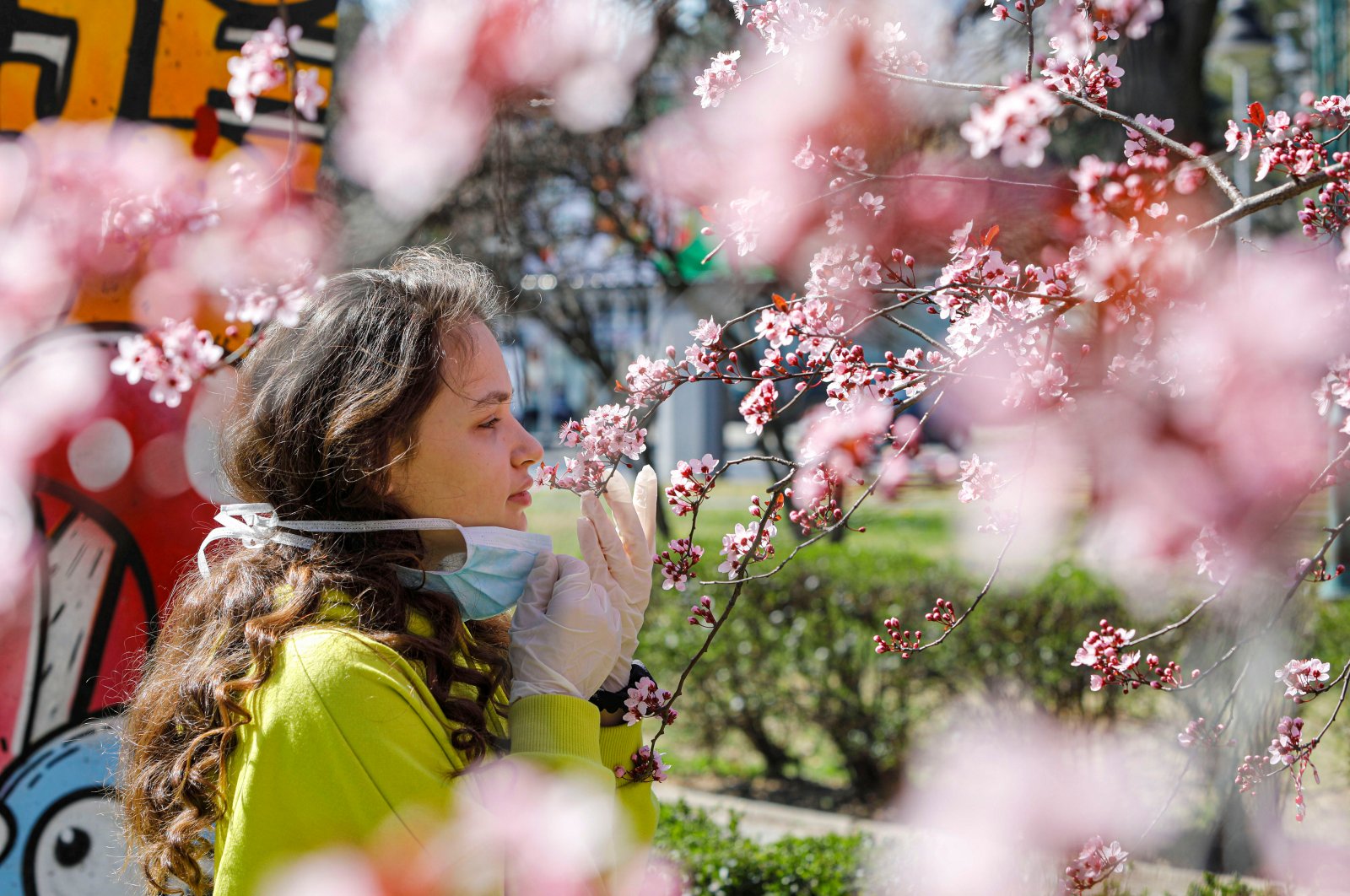 A girl removes her mask to smell the flowers on a blooming tree in Skopje, North Macedonia, Friday, March 20, 2020. (Reuters Photo)
by Compiled from Wire Services Mar 25, 2020 12:40 pm
RECOMMENDED

A loss of smell or taste might be an early sign of a coronavirus infection in people who otherwise appear well, say medical experts who cite reports from several countries.

From a mother unable to smell her baby's nappy to a lawmaker who suddenly could not taste food, some coronavirus patients have described a loss of olfactory senses — and experts say this might be a useful screening tool to detect the virus.

The idea of a virus infection reducing sense of smell is not new. Respiratory viral infection is a common cause of loss of smell because inflammation can interfere with airflow and the ability to detect odors. The sense of smell usually returns when the infection resolves, but in a small percentage of cases, smell loss can persist after other symptoms disappear. In some cases, it is permanent.

Now, there's “good evidence” from South Korea, China and Italy for loss or impairment of smell in infected people, says a joint statement from the presidents of the British Rhinological Society and of ENT UK, a British group that represents ear, nose and throat doctors. In South Korea, some 30% of people who tested positive for the virus have cited an abrupt loss of smell (anosmia) as their major complaint in otherwise mild cases, they wrote. Growing anecdotal evidence also cites dysgeusia – taste disorder – in the infected.

So that might be useful as a way to spot infected people without other symptoms — fever, coughing and shortness of breath — of the new coronavirus, they wrote.

A similar proposal was published Sunday by the American Academy of Otolaryngology-Head and Neck Surgery. It noted “rapidly accumulating” anecdotal evidence from around the world that the pandemic virus can cause not only loss of smell but also a diminished sense of taste. So the appearance of those symptoms in people without another explanation should alert doctors to the possibility of a COVID-19, the group said.

Maria Van Kerkhove, an outbreak expert at the World Health Organization, told reporters Monday that the U.N. health agency is looking into the question of whether the loss of smell or taste is a defining feature of the disease.