All about the flu vaccine and why you should get one, especially this year 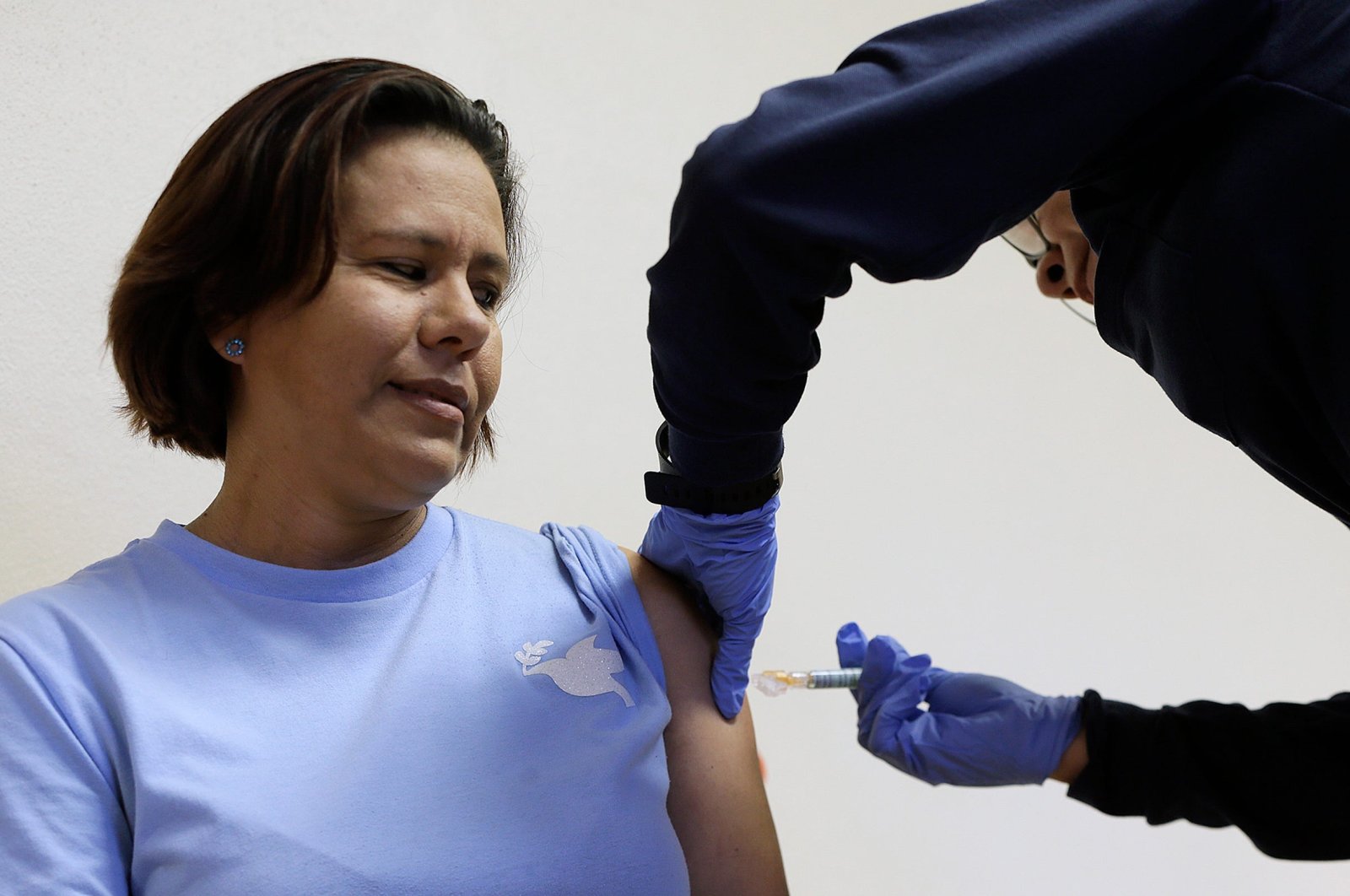 This winter may prove an exception when it comes to your annual flu jab, and given the ongoing coronavirus pandemic, doctors are increasingly calling for certain populations to get vaccinated as soon as possible

With fall and colder weather practically at our doorstep, it's time to dive into an important matter of health: flu shots.

Doctors and pharmacists across Turkey have been calling on their at-risk patients to get vaccinated ahead of a flu season like no other. As if flu season wasn't deadly enough on its own – with the World Health Organization (WHO) estimating 650,000 people die annually from the infectious disease – this year we also have the added burden of dealing with another respiratory illness, COVID-19. Hence, to ease the strain on health care systems across the globe, it is all the more crucial that regular cases of flu and other seasonal diseases are kept to a minimum.

One way of ensuring that large populations do not end up hospitalized with the flu is to ensure effective immunity, and in this case, this is achieved by the influenza shot or flu shot, as it is more commonly known. Characterized by an infection in the nose, throat and sometimes lungs, the flu can cause mild to severe illness and sometimes lead to death in people with compromised immune systems. Expect to see symptoms such as a runny or stuffy nose, a sore throat, fatigue, phlegmy cough and, on occasion, a fever. (Check this guide to see if you have the flu or COVID-19.)

If you are infected with the influenza virus, the onset of symptoms usually comes in about one to four days, with the first three to four days being the most contagious, according to the Centers for Disease and Control and Protection (CDC). Flu is a rapidly spreading disease, and like the coronavirus, is transmitted via infectious droplets that are dispersed into the air up to 1 meter (3.3 feet) from coughs or sneezes. The best way to prevent the flu, science and data show, is by getting vaccinated.

How to prevent the flu?

Of course, having every single person vaccinated is neither plausible nor necessary. For most of the population to be protected, according to the U.S. National Foundation for Infectious Diseases, an immunization rate of around 50% is needed, a figure lower than most other vaccine-preventable diseases. For comparison, measles needs about 95% of the population to be vaccinated to create herd immunity.

The WHO closely follows the changes the influenza virus undergoes and makes annual recommendations for the vaccine. In essence, scientists and medical experts play a game of chess against the virus, trying to predict its next move, or in this case, its next mutation, and accordingly come up with a vaccine containing an attenuated or dead virus.

In recent years, flu vaccines have been trivalent, meaning that they contained the three most representative virus types in circulation, namely two subtypes of influenza A and a subtype of influenza B. Influenza virus A and B are the strains responsible for the seasonal epidemics we see every year. Influenza viruses also have two other types – C viruses are mild enough to not cause concerns for public health while virus D is impacts cattle and is not known to infect humans, according to the WHO.

Scientists try to predict which strain will be more prevalent in the year ahead, and if the vaccine they created has antigenic similarity with the viruses circulating among people that season, then the shot can provide 50%-80% protection for those who get inoculated. The level of protective antibodies in healthy adults who receive the vaccine are reported to be as high as 80%, though this figure does drop in the elderly. However, studies have proven that getting vaccinated reduces flu-related complications and deaths in the elderly and chronically ill.

Who should be vaccinated?

These people are considered at high risk of contracting the flu and possibly experiencing complications, and hence the Turkish government provides flu vaccines free of charge for such individuals after getting a prescription from their primary care physicians.

Health Minister Fahrettin Koca recently announced that this year health care facilities would have three to four times more supply of the vaccine, considering the current situation with the pandemic.

Who can't get the flu vaccine?

When is the right time to be vaccinated?

Turkish doctors as well as the CDC recommend getting vaccinated between late September and late October as flu season usually peaks between December and February for the Northern Hemisphere.

It takes about two weeks to build up your immunity to the flu after you have been vaccinated against it, so it is best to exercise caution until that timeframe is up. Your body will present the most antibodies about one or two months after getting the jab, and your immunity will gradually decline as time goes on, hence the need to repeat the vaccine every year.

Does the flu vaccine have side effects?

Pain and minor swelling in the area of the injection and localized redness can be seen in 15%-20% of the cases.

Side effects affecting the whole body are extremely rare at less than 1%, and if side effects such as fever, weakness or muscle pain are present, they begin six to 12 hours after the vaccine and disappear spontaneously within one or two days.

As with any biological product, some people may have allergic reactions, but these are very rare.

Also, it is still possible to get the flu after having your jab. This could be either because you were one of the few who were not fully protected or because the strain of influenza that made you fall ill was not included in the vaccine. However, thanks to the shot, you are less likely to have serious complications from the flu. And if you happen to get sick after getting your annual jab, it is not because of the vaccine itself, as it only contains dead viruses.

Where can I get vaccinated for the flu?

Vaccines are always recommended to be administered in full-fledged health centers or under the supervision of a physician. Pharmacies are also qualified to give the flu shot.

How much does a flu vaccine cost?

This year’s vaccine is slowly being rolled out at pharmacies and health care facilities across Turkey. Last year, the vaccine was priced at around TL 72 ($9.60). No official statement has been made regarding this year's fee yet.

Personal precautions you can take to prevent the flu

Measures to prevent the flu are similar to the ones you are probably already practicing to shield yourself from the coronavirus.