All in an hour: How daylight saving time can impact your life 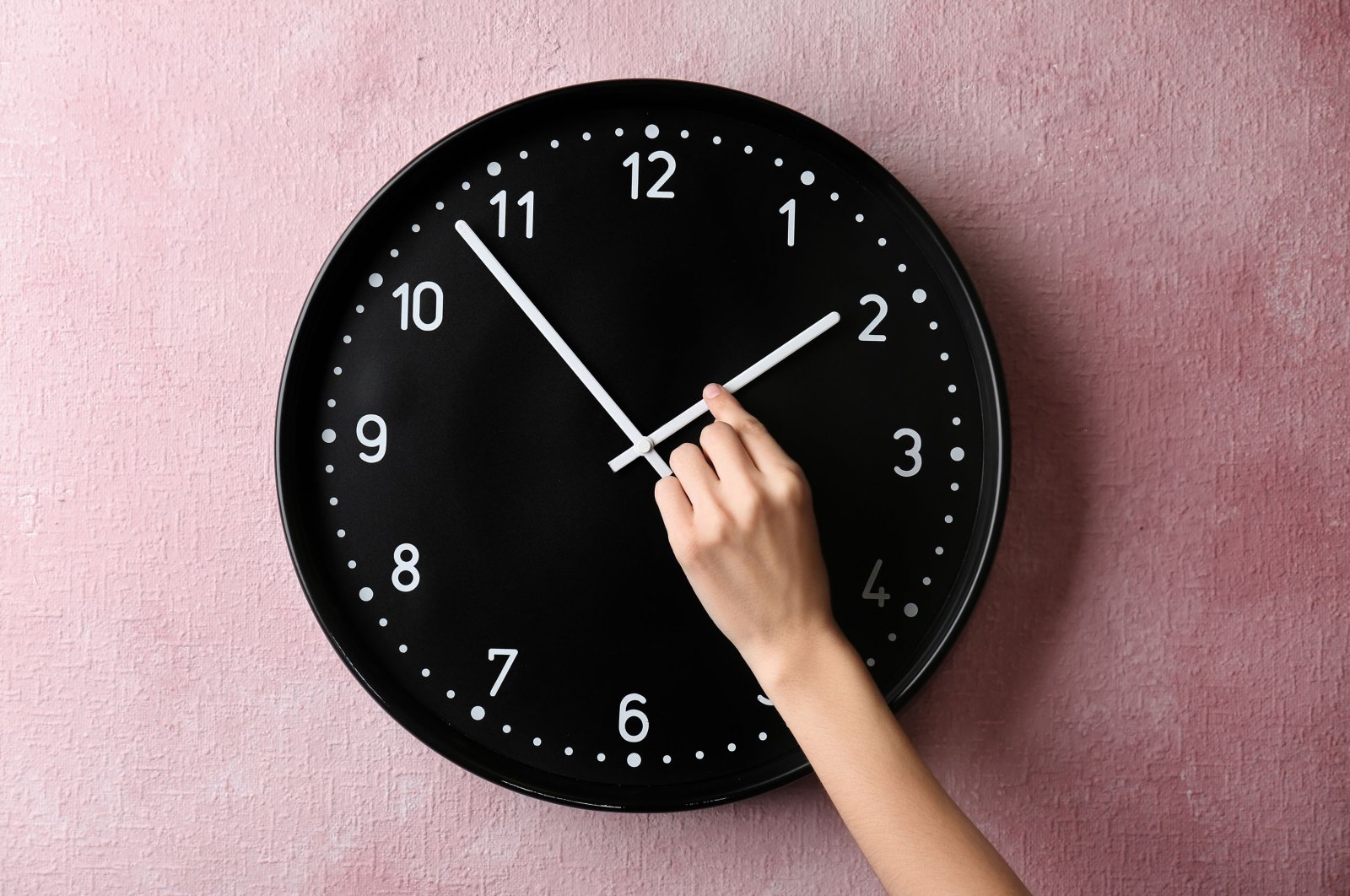 A photo showing a person changing the time on a wall clock. (Shutterstock Photo)
by German Press Agency - DPA Oct 28, 2021 10:36 am
RECOMMENDED

It’s just an hour, no big deal. We get 24 of those every day. Your phone adjusts automatically and at times, we don’t even notice the missing hour or the extra we get back when daylight saving time ends until a friend or the internet mentions it. Nevertheless, this may not be the whole story.

Roughly 1.5 billion people are subjected to these clock shifts every year. Even if you might not consciously notice the change, there are numerous ways it can impact your life, from minor nuisances to major health issues.

Scientists have long warned about the health risks attached to daylight saving time, with research even pointing to a bump in heart attacks when the clocks go forward.

Whether forward or back, the disruption in the chronobiological rhythms and resulting sleep disturbance when the clocks change is thought to put the body under various stresses.

To reduce those stresses, there are a few things you can be aware of.

In Europe, the clocks will be put back one hour at 3 a.m., while in North America, each zone goes back at 2 a.m. This means one hour in the night is doubled, meaning the day has 25 hours.

Loss of concentration and moodiness

First of all, the changeover to wintertime is somewhat easier than when the clocks go forward in spring. "The so-called wintertime also corresponds more to our inner clock than the so-called summertime," says sleep physician Alfred Wiater.

Besides, you can sleep an hour longer – that never hurts.

In general, according to Wiater, impairments caused by time changes in spring and autumn are comparable to a mini-jet lag. The 24-hour rhythm gets confused, which not only affects sleep-wake behavior but also mood, concentration, attention and vegetative functions.

That last one means your sleep, menstruation, bowel function, bladder activity and sexual performance can be impacted.

"The change is particularly disturbing for infants who have just found a stable sleep-wake rhythm," says Wiater. They are severely disturbed by it. In later childhood, the impairments are comparable to those of adults. They usually last up to a week, rarely longer.

A slow adjustment can make the time change easier for parents and children. "Simply go to bed gradually a little later," advises the sleep physician.

It's not just humans who have to adjust to the end of summertime. When daylight saving time ends in October/November, millions of pets around the world will be left waiting an hour longer for their food.

No big deal though, right? Actually, animal welfare experts say waiting longer for food can be a major adjustment for many pets.

Most pets notice if something changes in their daily routine, explains Sarah Ross from the Four Paws animal welfare foundation. She recommends delaying feeding, going for a walk and napping in the days leading up to the time change.

A slow changeover makes sense for pets that are given medication at fixed times. Whether it's a dog or a cat is irrelevant: "How the pet deals with the change has to do with their individual character and is not species-specific," says the animal expert.

For example, some pet cats might chase after you if the feeding time changes, while others might not be too bothered.

If pets are not prepared for the clocks going back (or forward), "nothing bad will happen," says Ross, but points out: "It can be more exhausting for the owner themselves if their pet dog or cat starts complaining or howling if they can't go outside at the usual time."

In this respect, staggering the food times ahead of the time change can be worthwhile for the owner's sake.

A rise in road accidents

Commuters in places where summertime is ending should know that there's a spike in accidents that occurs around this time of year when the clocks go back.

When daylight savings ends, dusk in many places suddenly coincides with rush hour, meaning more people are suddenly on the road in poorer visibility.

Given that many wild animals are particularly active at that time of day, the potential for wildlife collisions increases.

The Nature and Biodiversity Conservation Union (NABU) in Germany advises taking your foot off the accelerator, keeping an eye on the roadside and always being ready to brake.

According to the ADAC, Europe's largest motoring association, the likelihood of deer crossing is particularly high on routes through the forest or along the edges of wooded areas and fields. Warning signs often alert you to such areas.

For many wild animals, autumn marks the time of year when the young born in spring begin to migrate. It is also an important time of year to search for food before winter.