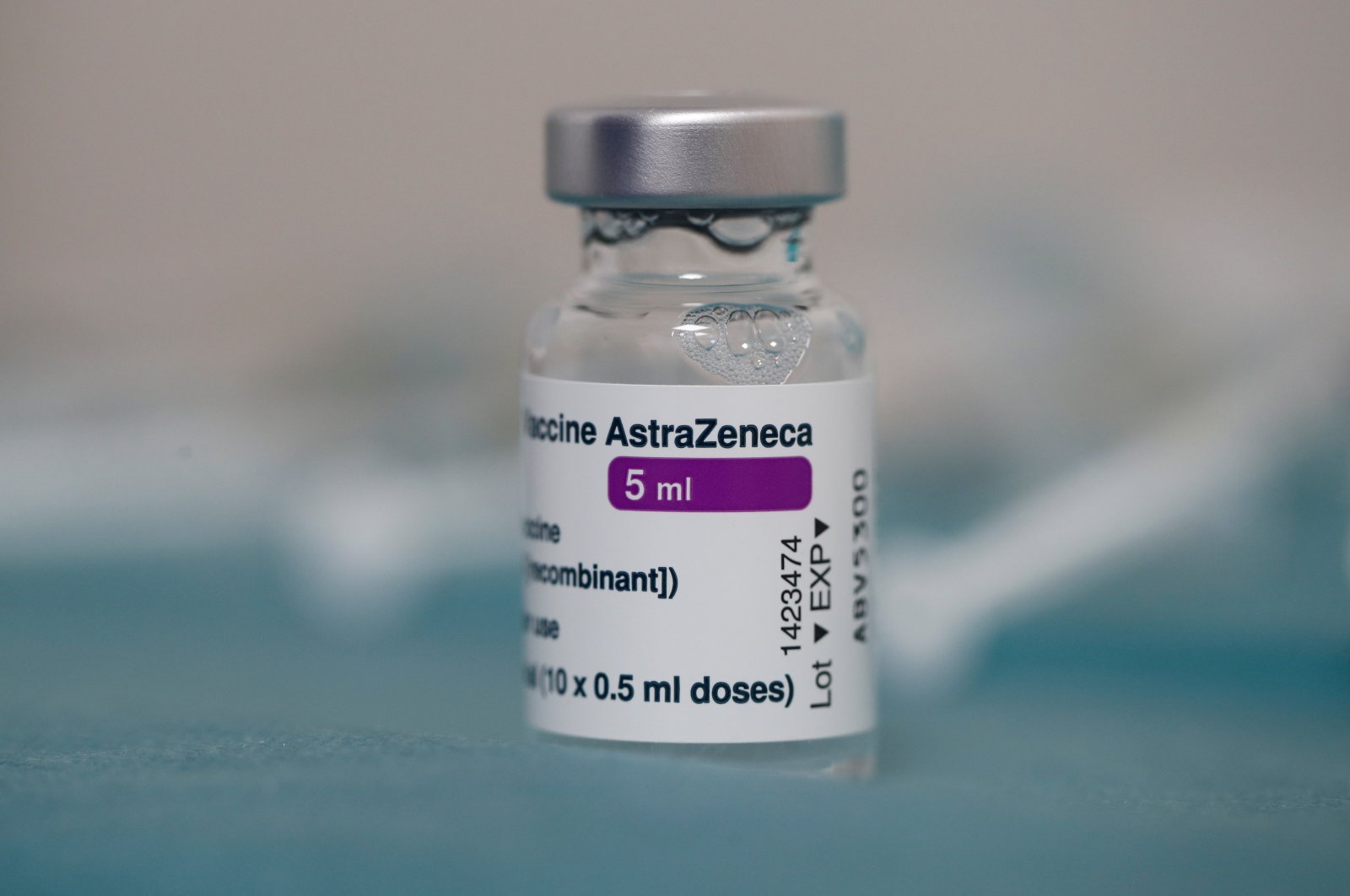 A vial of the AstraZeneca COVID-19 vaccine is seen at the Clinique de l'Estree - ELSAN private hospital in Stains as part of the coronavirus disease (COVID-19) vaccination campaign in France, March 5, 2021. (Reuters Photo)
by French Press Agency - AFP Mar 13, 2021 12:53 pm

"AstraZeneca is disappointed to announce a shortfall in planned COVID-19 vaccine shipments to the European Union (EU) despite working tirelessly to accelerate supply," it said in a statement.

The company had previously warned it was facing shortfalls from its European supply chain due to "lower-than-expected output from the production process."

It was hoping to compensate for part of the shortfall by sourcing vaccines from its global network, with half of the EU's supply in the second quarter and 10 million doses in the first quarter due to come from its international supply chain.

AstraZeneca started delivery of the vaccine to the EU in February and still aims to deliver 100 million doses in the first half of 2021, of which 30 million are due to be delivered in the first quarter.

The under-fire firm said it was "collaborating with the EU Commission and member states to address the supply challenges.

"It remains confident that productivity in its EU supply chain will continue to improve, to help protect millions of Europeans against the virus."