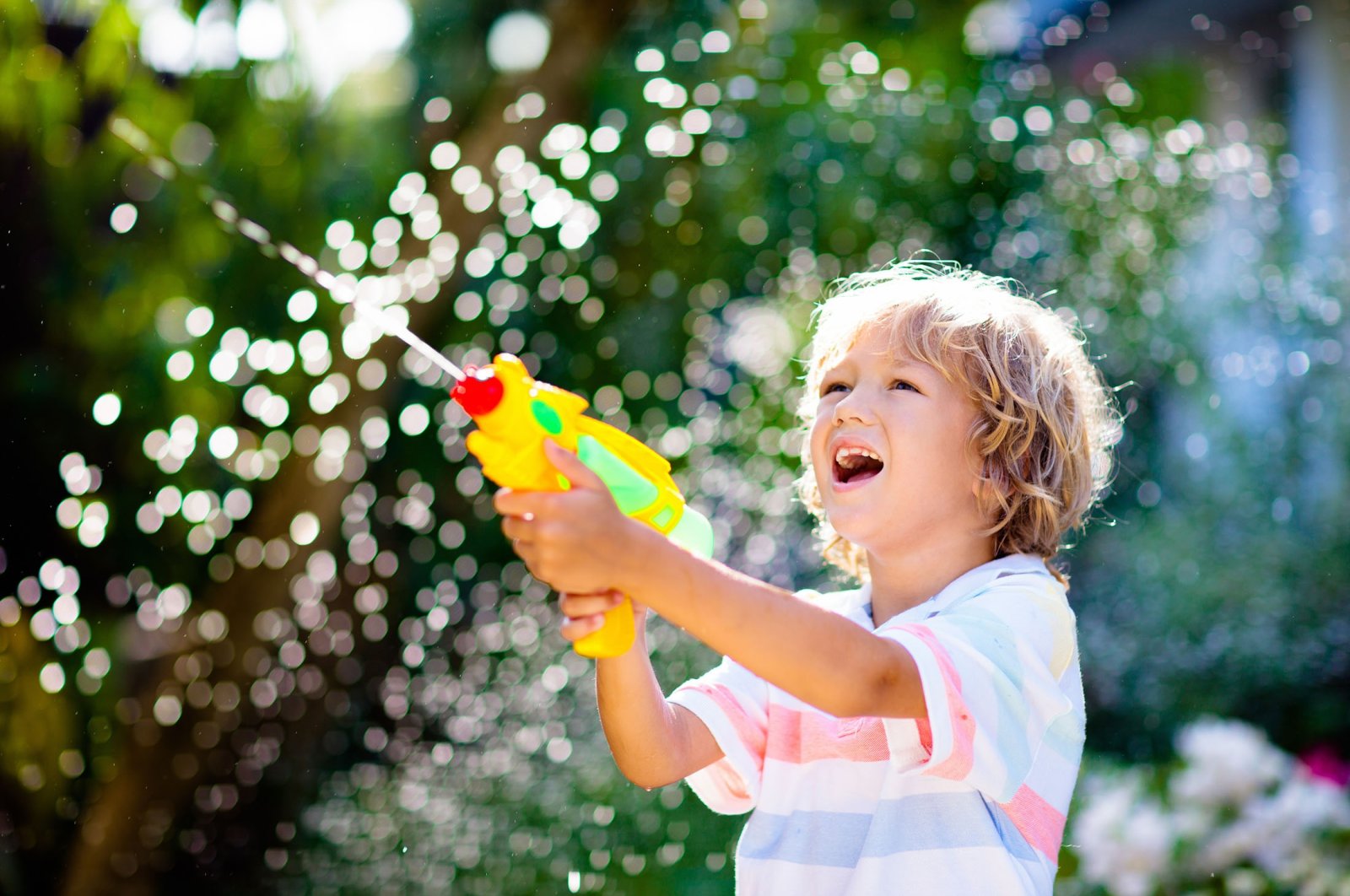 When playing with toy guns, children may take aim at people around them and pretend to shoot them. Some parents are frightened by this, while others see it as just another phase. Can it ever be dangerous?

They pull the trigger on a toy gun, or even a stick they pretend is a gun, and shout "bang, bang!" Their playmate, and make-believe victim, is then supposed to fall down and play dead.

The game is great fun for young children, giving them a feeling of power. Many adults take a dim view of pretend gunplay, though, worrying it could lead to real armed violence later. Some even forbid it whenever they can.

And yet child psychologists and child guidance counselors mostly dismiss such fears and say kids' gunplay isn't dangerous – so long as the guns aren't real, of course.

"When children play, they process their experiences and what's occupying their mind," remarks Kerstin Lueking, a midwife and mother of seven. She knows from personal experience that at some point parents will see their child playing shoot-'em-up games.

Family psychologist Annika Roetters is quite familiar with adult disapproval of children's pretend-shooting games. But she notes: "Unlike adults, children aren't able to fully think through the consequences [of hypothetically shooting someone]."

They don't, in actuality, want anyone to die, she says.

Gun-related play can serve various purposes, according to Roetters. In extreme cases, the child has had a traumatic experience and is processing it. "Perhaps the child simply has an uncle who belongs to a gun club, or whose mother is a police officer," she points out.

"Children's games often have a make-believe element," says Bettina Meisel, chairwoman of the Association of Analytical Child and Adolescent Psychotherapists in Germany (VAKJP). When at play, children take on a role or ability that they don't have in real life. Or they re-enact something from real life in order to assimilate it.

There are some forms of pretending gunplay that may justifiably disturb parents though, "namely when the child exhibits hatred," Meisel says. Parents should then prick up their ears and try to learn where the hatred comes from. The joyful aspect of play should be at the forefront.

"If the game isn't grim, emotions aren't harsh and everything's free and easy, then there's nothing fundamentally wrong with pretend-shooting games," Meisel says.

Does that mean parents shouldn't forbid them?

"Well," she replies, "kids usually look for a way out or an alternative when they're forbidden from doing something that's fun for them."

Roetters takes a similar view: "So long as weapons are part of the real world and children are confronted with them in books, stories, radio dramas and movies, I don't think it's advisable to declare a blanket ban on gunplay."

Forbidding children from handling real weapons is different, she adds.

Roetters suggests limiting the amount of playtime, or places, for pretend-shooting games. A family rule could be that the living room is off-limits to water pistols, for instance.

"I've learned it never makes sense to forbid children from doing something simply because it's not considered good form and fits a certain cliche," says Luecking. "I always say that talking about it helps."

This means listening to children, taking them seriously and hearing them out.

"The best thing that mothers and fathers can do is to give them their head and trust them," says Luecking, though this doesn't mean they should accept everything. "The attraction of frowned-upon toys fades only when the little ones are allowed to try them out."

Meisel's tip for parents who aren't enamored of their child's pretend gunplay: Tell the child, for example, "If you shoot me I'll be dead and can't make your supper."

"For children to develop a capacity for empathy, you could argue it's important that they also act out power imbalances while playing – and assume all possible roles," remarks Roetters. To temporarily upset the family's normal power structure, she says everyone could be given a water pistol for a water fight.