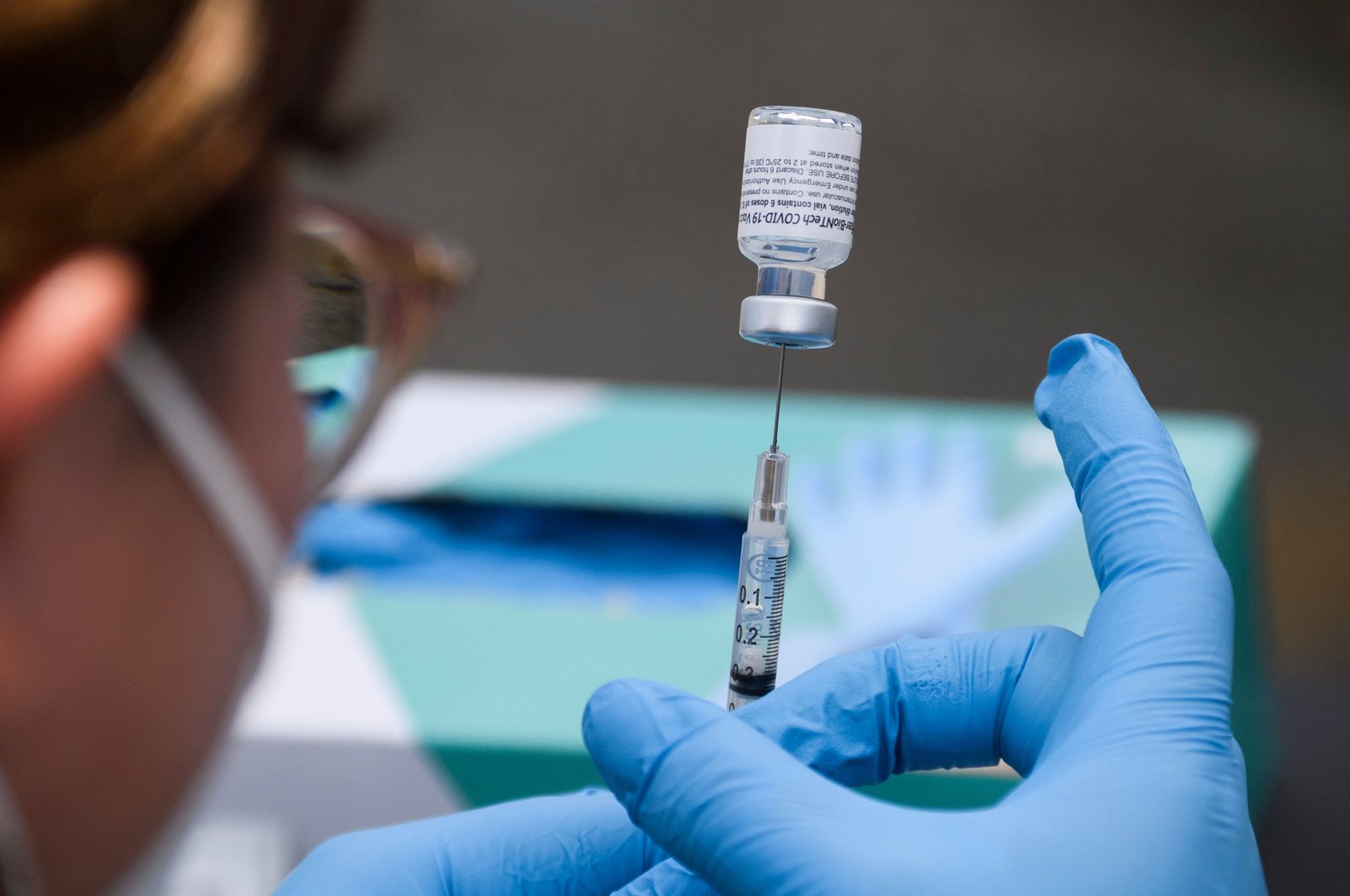 A syringe is filled with a first dose of the Pfizer-BioNTech COVID-19 vaccine at a mobile vaccination clinic during a back-to-school event offering school supplies, at the Weingart East Los Angeles YMCA in Los Angeles, California, U.S., Aug. 7, 2021. (AFP File Photo)
by REUTERS Aug 22, 2021 10:07 pm
RECOMMENDED

The third dose of the Pfizer-BioNTech COVID-19 vaccine significantly improved protection from infection and serious illness among people aged 60 and older in Israel compared with those who had received two shots, according to the Israeli Health Ministry.

The data were presented at a meeting of a ministry panel of vaccination experts on Thursday and uploaded to its website on Sunday, though the full details of the study were not released.

The findings were on par with separate statistics reported last week by Israel's Maccabi health care provider, one of several organizations administering booster shots to try to curb the delta coronavirus variant.

Breaking down statistics from Israel's Gertner Institute and KI Institute, ministry officials said that among people aged 60 and over, the protection against infection provided from 10 days after a third dose was four times higher than after two doses.

The third jab for over 60-year-olds offered five to six times greater protection after 10 days with regard to serious illness and hospitalization.

That age group is particularly vulnerable to COVID-19 and in Israel was the first to be inoculated when the vaccine drive began in late December.

In recent weeks, the health ministry has said immunity has diminished over time for seniors and younger people as well. Most vaccinated people who fell severely ill in Israel were over 60 and with underlying health conditions.

Israel started administering third jabs to over 60-year-olds on July 30. On Thursday it dropped the age of eligibility for a booster to 40 and included pregnant women, teachers and health care workers below that age. Third doses are given only to those who received their second shot at least five months ago.

Fighting an outbreak of the delta variant since June, Israel presently has one of the world's highest infection rates per capita. Close to 1.5 million people out of the country's 9.3 million population have taken the third jab.