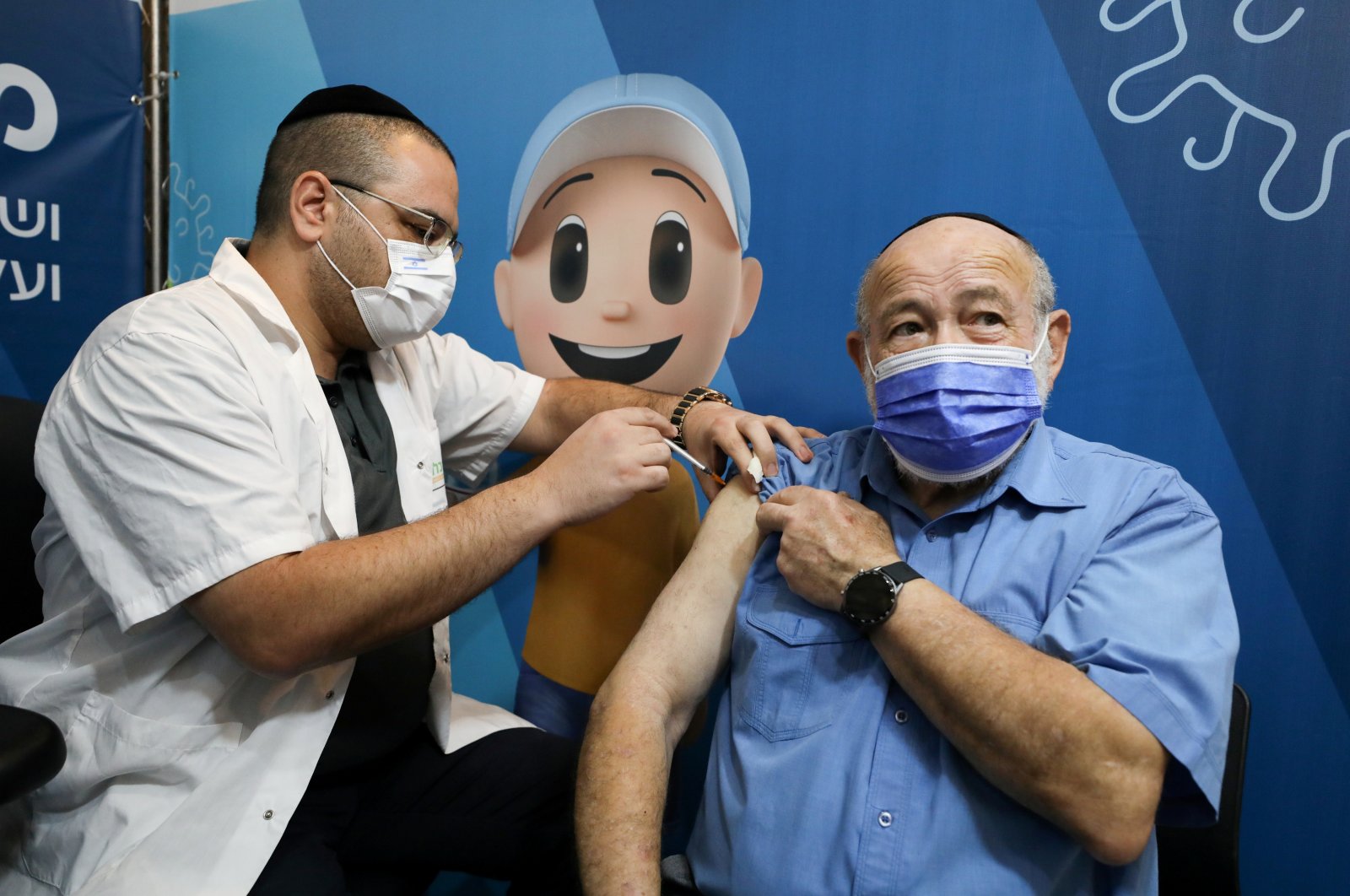 A man receives his third dose of the coronavirus vaccine at a Clalit health care maintenance organization in Jerusalem, Aug. 11,2021. (Reuters Photo)
by REUTERS
Aug 13, 2021 9:55 am

Israel on Friday lowered to 50 from 60 the minimum age of eligibility for a COVID-19 vaccine booster shot and will also offer them to health workers, hoping to stem a surge in delta variant infections.

Those eligible will be "people over 50, health care workers, people with severe risk factors for the coronavirus, prisoners and wardens," the Health Ministry said in a statement.

After a successful vaccination campaign launched in late 2020 in which around 60% of the population have received two shots of the Pfizer vaccine, new daily cases dropped from more than 10,000 in January to single digits in June.

But with the spread of the delta variant across the globe, new infections have jumped in Israel, reaching 5,946 on Monday, and serious illnesses have been increasing as well.

Israelis aged 60 and over began receiving the booster two weeks ago, ahead of any third-dose approval by the U.S. Food and Drug Administration (FDA). The FDA on Thursday authorized booster doses for people with compromised immune systems.

More than 700,000 seniors in Israel have received their third shot, and Israel's major health providers began on Friday to schedule appointments for people in the 50-59 age group.

An initial survey has shown that most people who received a third vaccine dose felt similar or fewer side effects than they did after receiving the second shot.