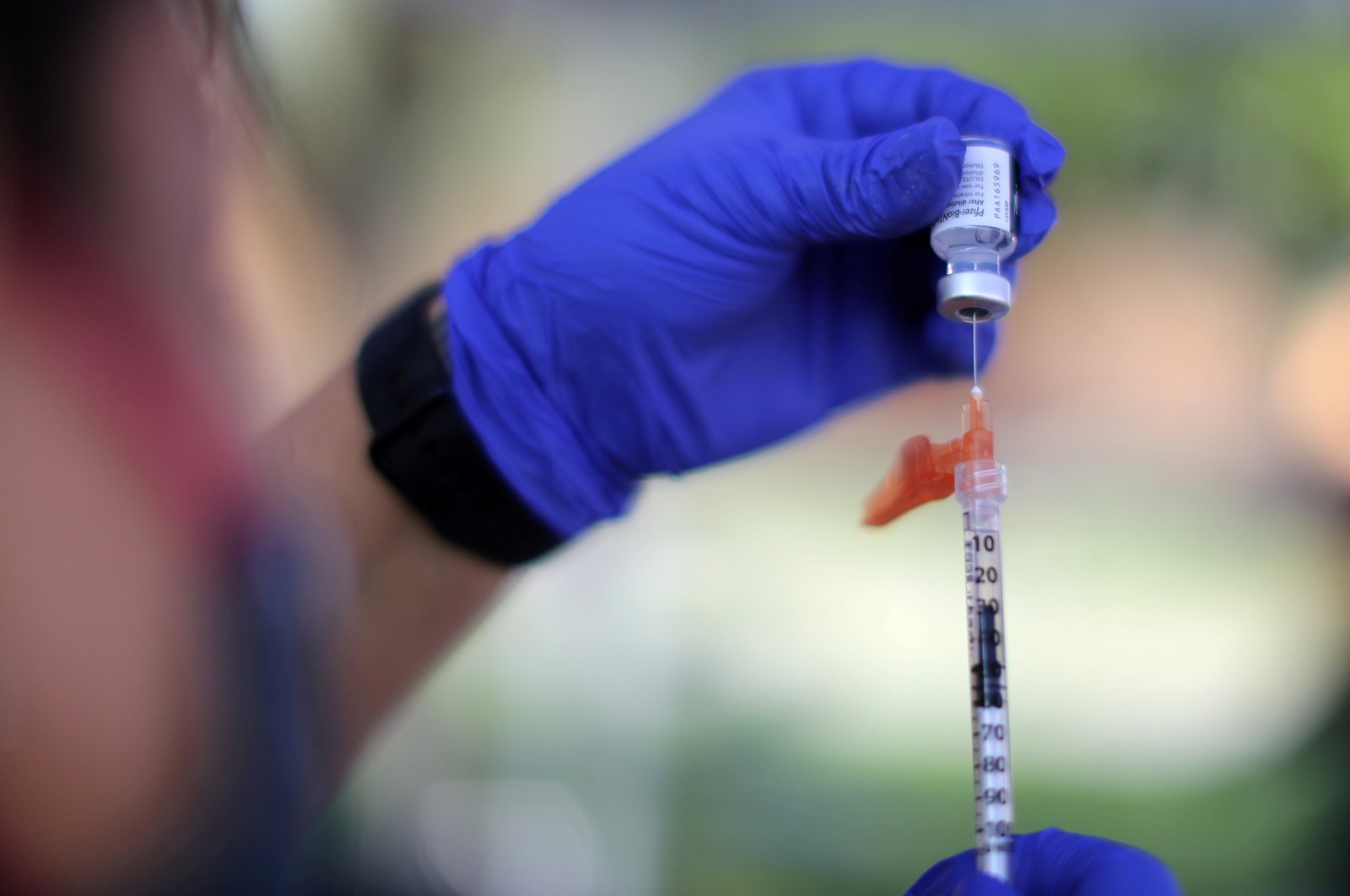 This week's roundup of the latest scientific research on the coronavirus and efforts to find treatments and vaccines suggest that the immune system's defenses remain alert even after antibodies wane with messenger RNA (mRNA) vaccines and certain drugs may help protect cancer patients. Researchers are also trying to develop one vaccine effective against various variants, along with analyzing new information on breakthrough cases and how antibodies fare in post-vaccine and post-recovery phases.

Immune defenses alert despite no antibodies

A new study may help explain why mRNA vaccines by Pfizer/BioNTech and Moderna are more effective at preventing hospitalizations and deaths than they are at preventing infection.

Test-tube experiments on blood samples from 61 fully vaccinated adults showed that by six months, vaccine-induced antibodies that can immediately neutralize the virus had declined.

But so-called memory B cells, which produce new antibodies if they encounter the virus, later on, had increased and become better at recognizing viral variants, according to a report posted Monday on bioRxiv ahead of peer review.

"Your immune system has a backup," said study leader John Wherry of the University of Pennsylvania Perelman School of Medicine.

B-cell production of antibodies might take a few days to get underway, but then these memory B cells "kick into action and prevent severe disease," Wherry added.

Certain cancer drugs may help protect patients with malignancies from being infected with the new coronavirus, preliminary data suggests.

The drugs, known as mTOR/PI3K inhibitors and antimetabolites, target the parts of cells that the virus uses to enter and make copies of itself, including a "gateway" protein on cell surfaces called angiotensin-converting enzyme 2 (ACE2).

The study of 1,701 cancer patients found that after taking underlying risk factors into account, patients treated with mTOR/PI3K inhibitors or ACE2-lowering antimetabolites were 47% less likely to test positive for the virus than patients who received other drug therapies.

Gemzar (gemcitabine) from Eli Lilly appeared to be particularly promising, according to the report in JAMA Oncology on Thursday.

The study does not prove that the drugs lowered infection rates, however, and much more research is needed to confirm their potential for protecting cancer patients from the coronavirus.

From May through July 2021, as the delta variant spread, 43,127 residents of Los Angeles County in California were diagnosed with SARS-CoV-2 infections.

One in four had been fully vaccinated, though these patients had lower rates of hospitalization (3.2% versus 7.6%), intensive care (0.5% versus 1.5%) and need for machines to help with breathing (0.2% versus 0.5%) than unvaccinated patients, public health officials reported Tuesday in the U.S. Centers for Disease Control and Prevention's Morbidity and Mortality Weekly Report.

During the study period, the prevalence of the delta variant rose from less than 9% to at least 87%, the authors note. As of July 25, hospitalization rates were 29 times higher for unvaccinated patients, they estimated, "indicating that COVID-19 vaccination protects against severe COVID-19 in areas with increasing prevalence of the SARS-CoV-2 Delta variant."

One vaccine for many variants

One study, published Wednesday in The New England Journal of Medicine, identified "high-level, broad-spectrum" antibodies in blood samples from survivors of the original SARS outbreak in 2003 who recently received the Pfizer/BioNTech vaccine against SARS-CoV-2, the virus that causes COVID-19.

In test-tube experiments, some of the SARS survivors' antibodies induced by the vaccine could neutralize not only all of the current SARS-CoV-2 variants of concern but also five viruses that have been identified in bats and pangolins and that have the potential to cause human infection.

In a separate study, published on Thursday in the journal Immunity, another research team describes an antibody that was highly protective at low doses against a wide range of COVID-19-causing variants in mice.

"The antibody attaches to a part of the virus that differs little across the variants, meaning that it is unlikely for resistance to arise at this spot," the authors said.

The findings from these studies could be a step toward developing new antibodies that would be effective against multiple different coronaviruses, the two teams say.

Vaccinated people who get infected with COVID-19 have high levels of the virus in their noses and throats but not all of that virus is infectious, a new study suggests.

Among 24,706 vaccinated health care workers in the Netherlands, 161 developed mild or asymptomatic breakthrough infections, mostly due to the delta variant of the coronavirus.

The viral levels on nose-and-throat swab samples from these patients were just as high as in unvaccinated health care workers who were infected last year with the original strain of the virus.

In a report posted on medRxiv on Saturday ahead of peer review, they conclude that shedding of infectious virus is reduced in breakthrough cases, although patients are still contagious.

Protective antibody levels decline faster in recipients of the mRNA COVID-19 vaccine from Pfizer/BioNTech than in COVID-19 survivors, according to doctors at one of Israel's largest health maintenance organizations (HMO).

They tracked antibody levels in 2,653 adults who received two doses of the vaccine and in 4,361 COVID-19 survivors who were never vaccinated.

Dr. Ariel Israel of Leumit Health Services, coauthor of a report posted on Sunday on medRxiv ahead of peer review, noted that antibodies are not the immune system's only weapon against the virus. Still, he said, the data suggest that antibody protection in Pfizer vaccine recipients wanes at a higher rate than in COVID-19 survivors.