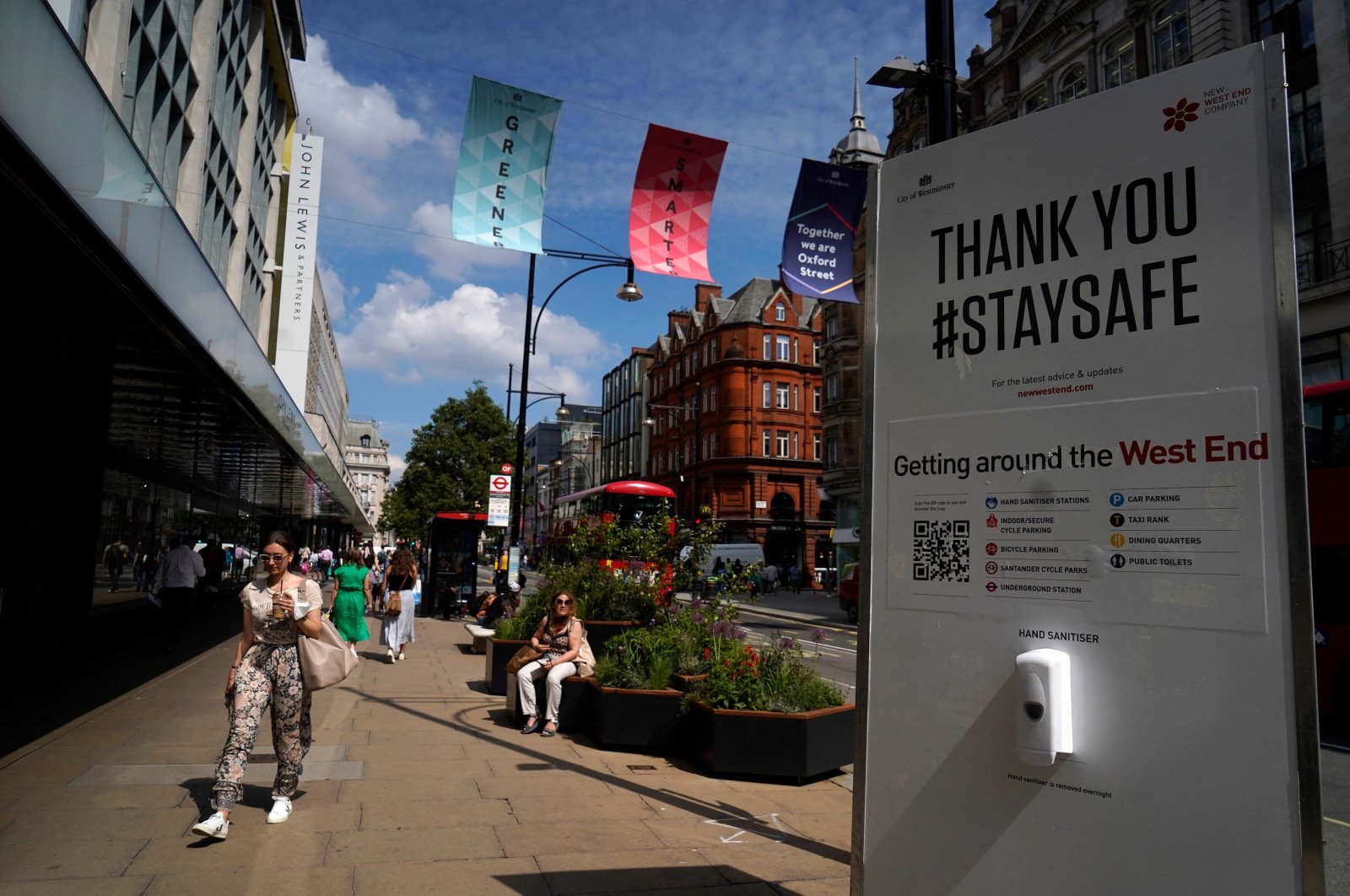 Pedestrians, some wearing face coverings due to COVID-19, walk past a coronavirus information sign as they pass shops on Oxford Street in central London on June 7, 2021. (AFP Photo)
by Anadolu Agency Jun 10, 2021 9:11 pm
RECOMMENDED

The Delta variant is responsible for 91% of all new COVID-19 cases in the United Kingdom, the health secretary said on Thursday.

Speaking to a committee of lawmakers, Matt Hancock confirmed that the strain, which originated from India, is now the most dominant variant in the country and is more transmissible than the Kent variant, the first strain that originated from the U.K.

"The assessment that I saw from last night is that the Delta variant now comprises 91% of new cases in the U.K.," the health secretary said, adding that the government is doing all it can to contain the spread.

The government has launched a surge testing and vaccination scheme in northern England where there has been a marked rise in infections. In the cities of Bolton, Manchester and the Midlands region of Calderdale, people have been urged to get tested and receive both doses of the vaccine. Local populations have also been advised not to travel to other areas of the country in a bid to stop the spread.

On Thursday, 7,393 new cases were recorded and between June 4-10, 44,008 people returned a confirmed positive test result. This rise in cases represents an increase of 63.2% compared to the previous week. Seven deaths were also recorded on Tuesday, a 1.9% increase.

By the end of June 9, over 40 million people have received a first dose of the vaccine with over 28 million people receiving a second dose. Jabs are currently administered in two doses three weeks apart.

The R range for the UK has increased and now stands at 1.0 to 1.2, with the current growth rate also increasing to 0% to +3% per day. The R number is a mechanism used to rate the virus's ability to spread, with R being the number of people that one infected person will pass the virus on to.