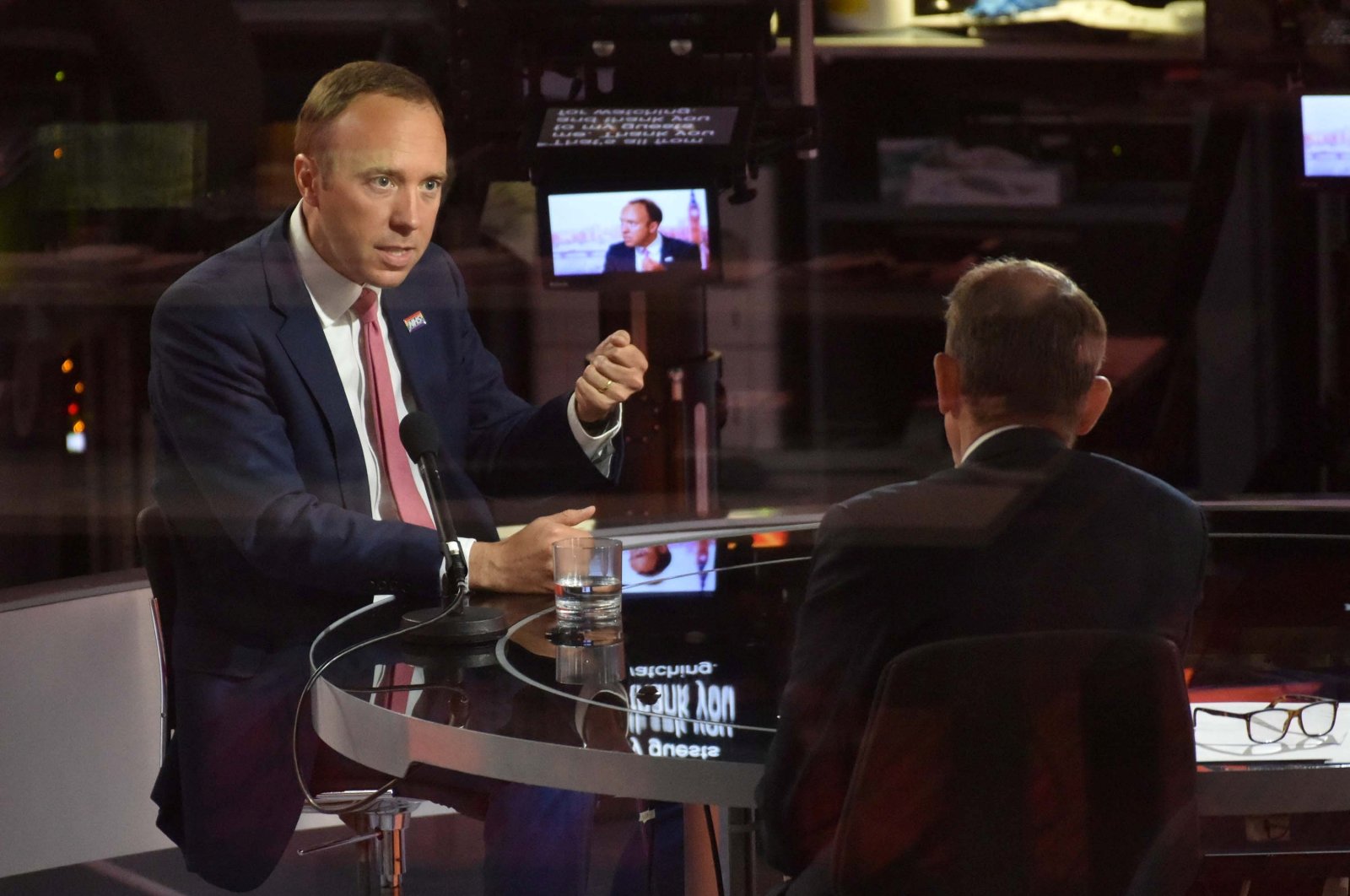 U.K. Health Secretary Matt Hancock said Sunday that the Delta variant of the coronavirus is 40% more prevalent than the Alpha variant, which caused the latest wave of infections in the country.

But people who have received two doses of vaccine should be equally protected against either variant, he added. "That figure, around 40 percent more transmissible, is indeed the latest advice I have," Hancock told Sky News.

The Delta variant, also known as the Indian variant, is now the dominant strain in the U.K., according to Public Health England figures. It was the Alpha variant, previously known as the Kent variant, that forced the U.K. into lockdown in January.

Hancock said the 40% figure came from the government body of scientific advisors, SAGE. Concerns are mounting over whether the emergence of the Delta variant threatens the government's provisional June 21 deadline for lifting virus restrictions. Hancock acknowledged that the Delta variant "does make the calculation more difficult for June 21."

"We'll look at the data for another week and then make a judgement," he told the BBC on Sunday, stressing that the government was "absolutely open" to delaying the lifting of restrictions.

The minister nevertheless stressed that those who have had two doses of vaccine should be protected against illness from the Delta variant. Public Health England said last month that research showed double vaccination was similarly effective against both the Kent and Delta variants.

"The best scientific advice I have at this stage is that, after one jab, it's not quite as effective against the new Delta variant, but after both jabs, it is," Hancock told the BBC. So far hospitalizations are "broadly flat," with very few hospitalized after receiving both vaccine doses, he added. The U.K. has so far given more than 27 million people two doses – more than 50% of adults – while more than 40 million have had one dose.

Hancock said the government was "taking clinical advice" on whether to extend the vaccination program to children over 12, who are believed to be playing a major role in spreading the virus. But this would not be mandatory, he added.